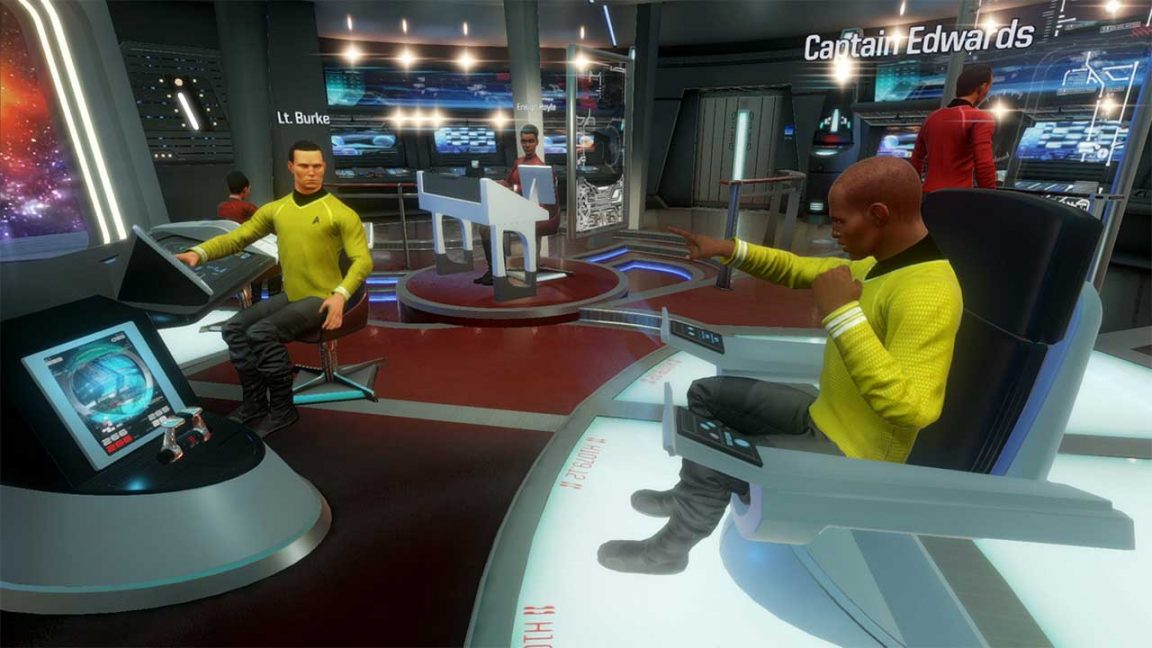 "It turns out that looking good in uniform, knowing how to pose in a chair and having a roving eye for comely crew members does not actually qualify me to command a starship. The fantasy has to be earned."

Listen: I went outside this weekend. I visited my relatives, and probably caught the flu. I baked two very ugly cakes. I performed a suitably taxing workout, and went for a long healthy walk in the weak winter sun. I did my chores, and balanced the books.

So don’t you dare reproach me for spending a few hours locked inside my house with all the blinds drawn, strapped into a VR helmet and geeking out over Star Trek: Bridge Crew. Don’t you dare.

Star Trek: Bridge Crew is great. I’m really awful at it. I want to blame the AI, the tutorial system, the controls and the menu layouts for my misadventures, but apart from the helm’s exasperating tendency to fly straight through hazards if you don’t take manual control, whatever peril befell the USS Aegis this weekend was definitely my fault.

It turns out that looking good in uniform, knowing how to pose in a chair and having a roving eye for comely crew members does not actually qualify me to command a starship. I can say “punch it” and “engage” with the authority of hundreds of hours of non-technologically assisted make believe, but I don’t make very good decisions. Learning this has endeared Star Trek: Bridge Crew to me, rather than the opposite. 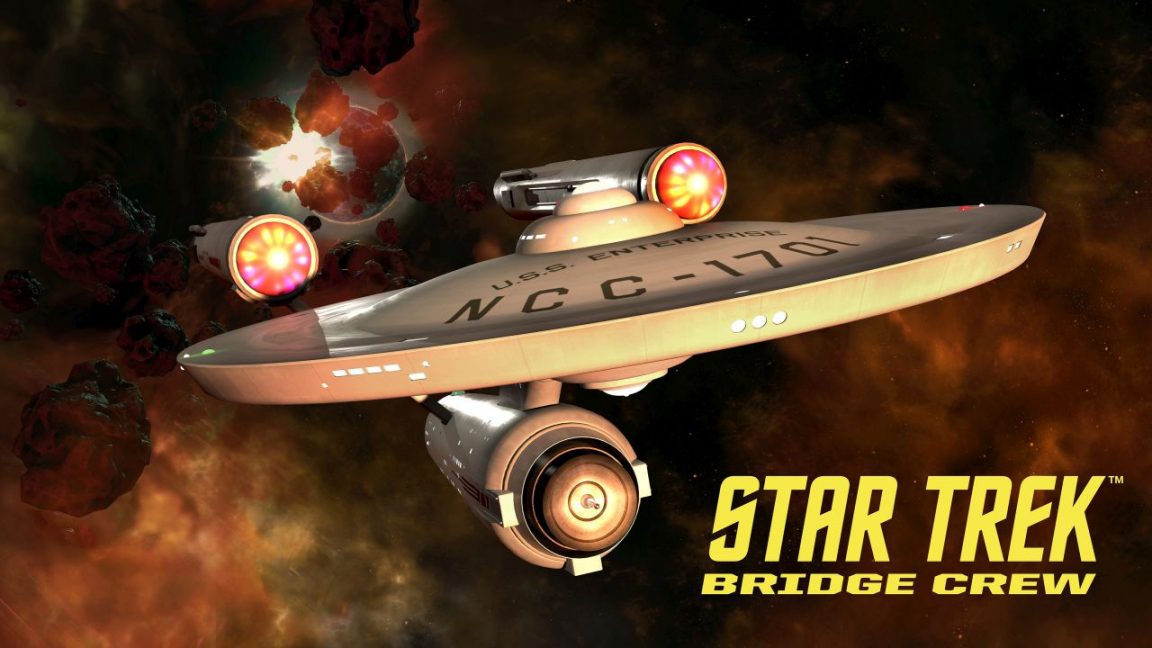 What happened was: I got a distress call from a Federation ship that had somehow got into distress inside Klingon territory – this being Original Series era, don’t you know, so Klingons were still the bad guys. Being a Starfleet captain, I ignored orders to stay outside the border and charged in to render assistance to … the Kobayashi Maru.

Any Star Trek fan knows that whenever that ship’s name is evoked you’re going to be in trouble. You’ll have to make decisions and none of them are going to be right. In this case, that’s not necessarily because Star Trek: Bridge Crew doesn’t include an optimal path – just that you can faff it up any number of ways.

I certainly did. For starters, I forgot to tell everyone to deactivate non-essential systems to lower our detection range, so the Klingons busted me pretty quick. I didn’t raise shields and increase shield power to maximum as soon as my crew detected a cloak signature. When the decloaked ship opened fire, I panicked and returned it rather than calmly disabling its weapons systems so I could drop shields and beam in my targets.

Also, I switched the console off when the fourth Klingon ship arrived and I began to lose hull integrity. That didn’t help matters.

For a little while I sat around and sulked. But as I went about my day I thought back over the encounter and examined my actions, much as I recounted them above, and it’s obvious to all of us that the resulting incident boiled down to poor leadership. My panic, and my inability to find the right button in a crisis, really stemmed from a series of bad decisions. It’s easy enough to slam RED ALERT, after all.

I think that’s great. I love that I behaved almost exactly as I would in real life where, just to clue you in, I am not a trained starship captain. I love that I’m actually going to have to learn in order to succeed, that the fantasy has to be earned. It’s going to feel so good to get that right. (It’s going to feel so good when Ubisoft implements voice commands, although as an Australian I expect it will never to work.) 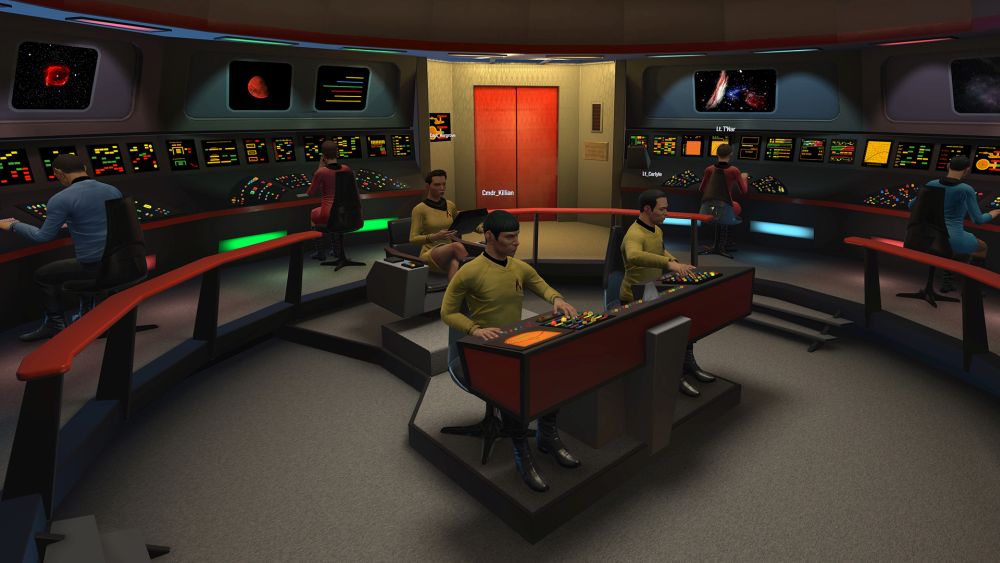 There were things I didn’t love, including the usual VR rubbish of having to re-centre all the time (might just be me; I’m a very active lounger and get this with all VR games) and weird spates of trembling. My avatar was too skinny – well, they’re all too skinny, but you really notice it when you look down at your matchstick legs. It’s very difficult to look at your virtual torso, for some reason.

But I really loved the simplicity of the controls, and the dedicated external view button. At any time, no matter what is happening, you can press a button and look around your ship. You can look down at the lights on the hull illuminating the nameplate (assuming you haven’t blown it off running into mines already). You can gaze up at nearby stations or stars. You can watch the galaxy streak by. Just looking around the bridge and playing with the displays is good enough, with that good old VR magic, but add in space and it’s just fantastic.

It all works so well. It’s such a clever use of VR, with the sitting and that. The act of flicking through the displays and, oh, re-routing power to the engines, or setting a course for warp, is immediately and beautifully satisfying. And it’s just so, so Star Trek. You know what I mean.