SoulCalibur 6's character creator is one of the coolest, most open-ended parts of the new fighter - and fans are having an absolute ball with it.

We reported on one of our favourite SoulCalibur 6 character creations last week, when players started using an innocuous group of items to create enormous dongs to add them to characters in order to troll online. Lizardman with a massive knob is still hilarious, but we figured it was also worth demonstrating that SoulCalibur 6's create-a-soul mode was actually capable of creating some awesome, memorable customs that don't involve dicks.

Thus here we are - here today to run down not all-original creations, but instead some of the sometimes stunningly accurate and sometimes uncanny and weird player attempts to recreate classic characters you might be familiar with. The SoulCalibur Creation reddit has been instrumental in putting this page together, so much credit to them. Here's some of our faves: 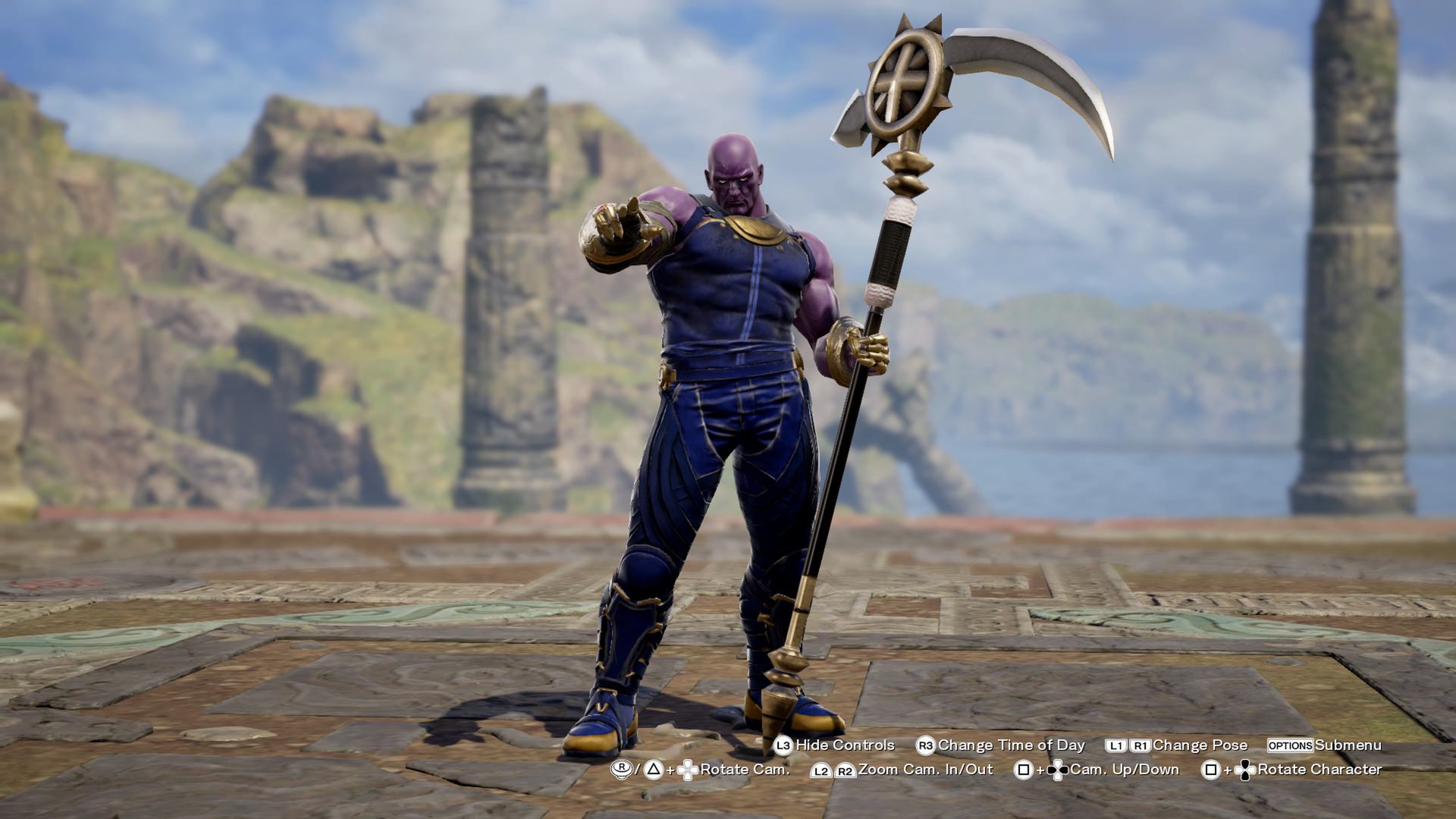 Thanos is of course no stranger to fighting games, having most recently made an appearance in the fatally flawed but also quite enjoyable Marvel vs Capcom Infinite. Being in the biggest movie of all time means he is of course on the brain for nerds everywhere, and Flousn90 on reddit decided to make him happen in SoulCalibur. He has the scythe because that move set contains a finisher that involves him snapping his fingers...

Link (The Legend of Zelda) 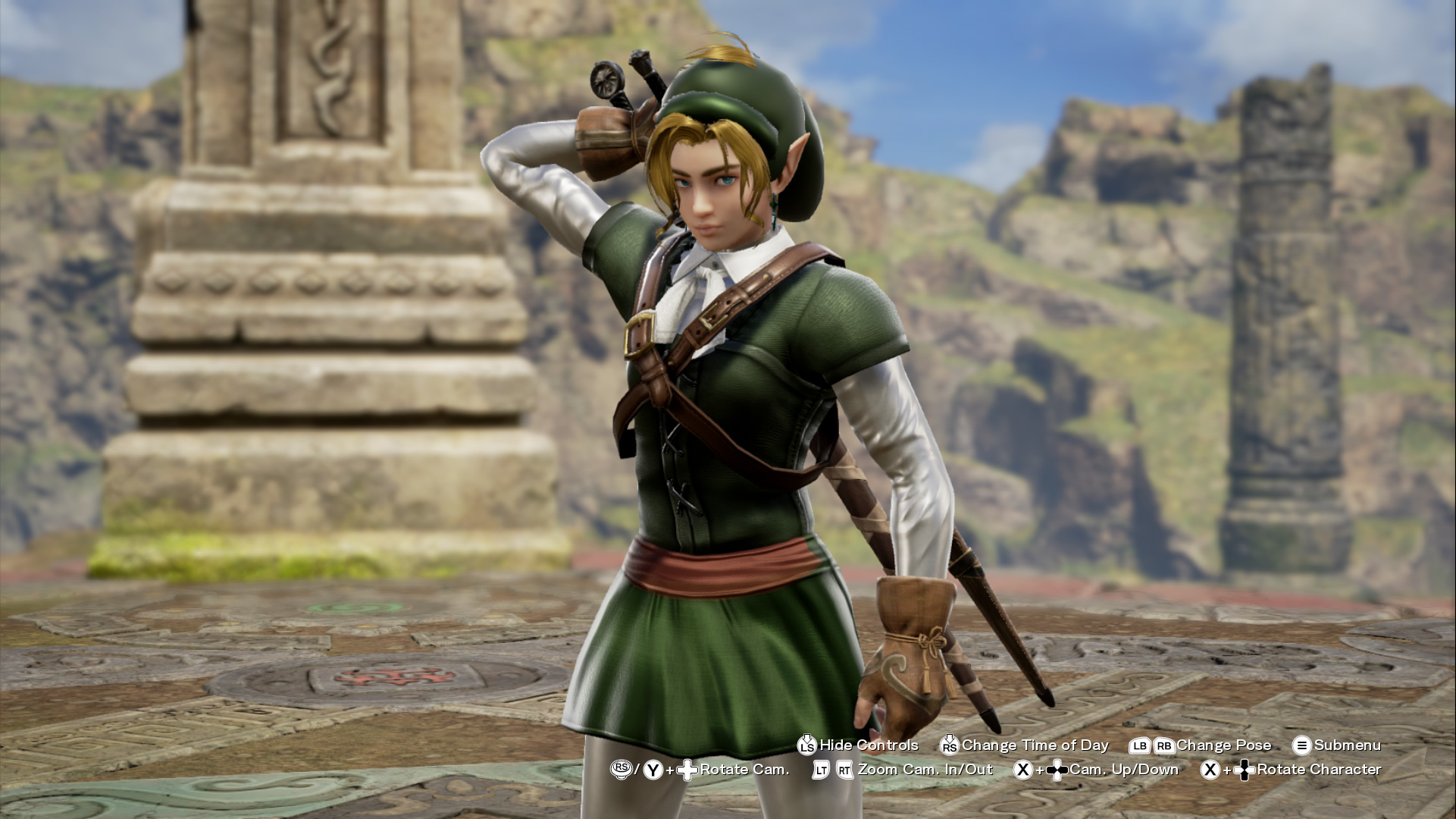 SoulCalibur is of course famous for its use of guest characters, and by far and away the most significant and famous guest character - to video game fans, at least - is when Nintendo allowed Bandai Namco to make use of Link from The Legend of Zelda in SoulCalibur 2. Link has never returned to the series since and it's barely been back to Nintendo platforms (but come on, Namco, the time is now for an enhanced SC2 port on Switch), but you can re-live the SoulCalibur 2 dream with this Link, created by crispynoodall. 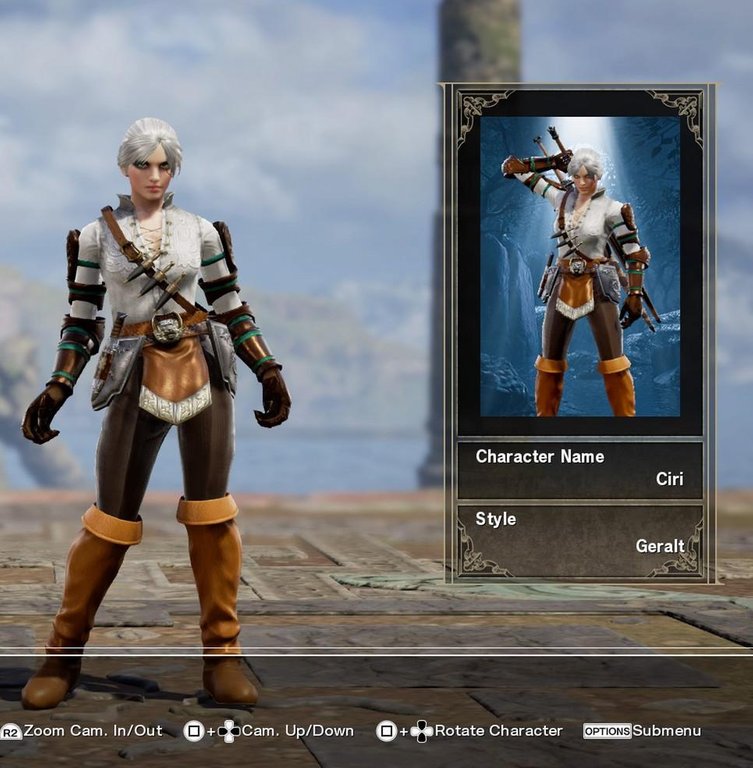 Speaking of guest characters, SoulCalibur 6 did a really good job getting The Witcher's Geralt, and fingers crossed they find someone to be equally as special for the DLC guest. In the meantime, however, you could add to the Witcher lore on display in the game by creating Ciri - who of course shares some abilities with Geralt, so it's only right she also has his move set, as on this creation by DeithWX. 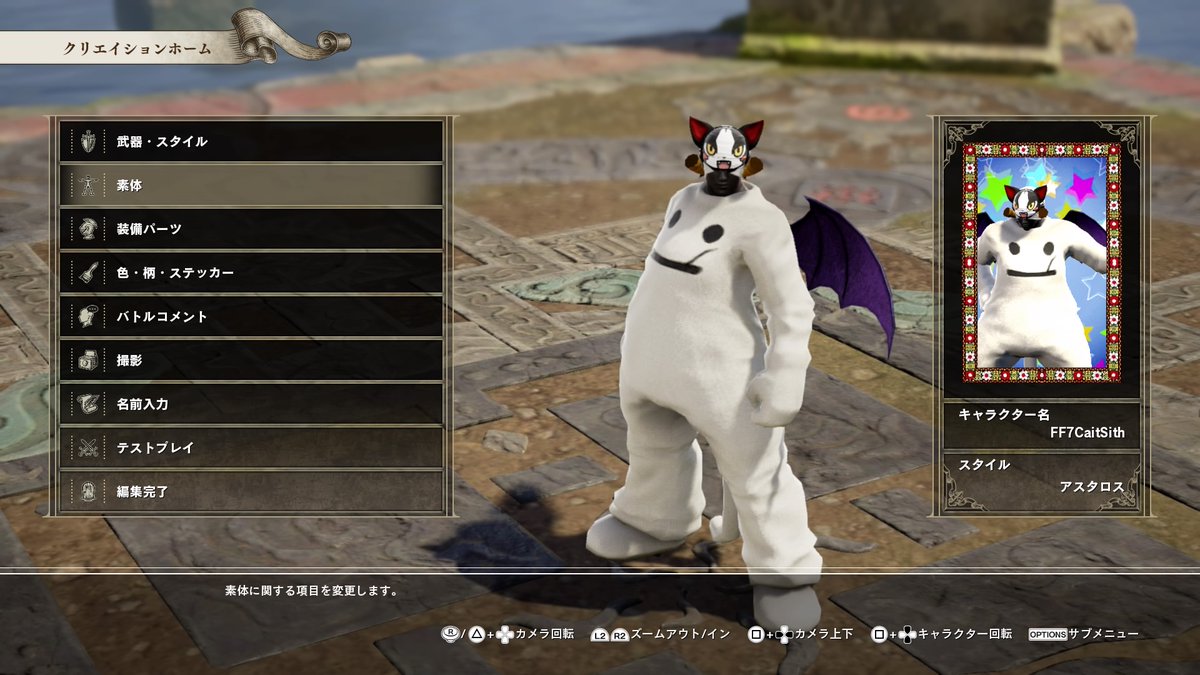 Final Fantasy 7's Cait Sith seems like the sort of character who should be theoretically impossible to make in a character creation system like that in SoulCalibur 6 - after all, Cait Sith is a tiny robot cat riding on top of a giant plush moogle. It's hardly the normal body type, but that didn't matter to twitter user CisnaBalandor, who created a genius Cait Sith look: 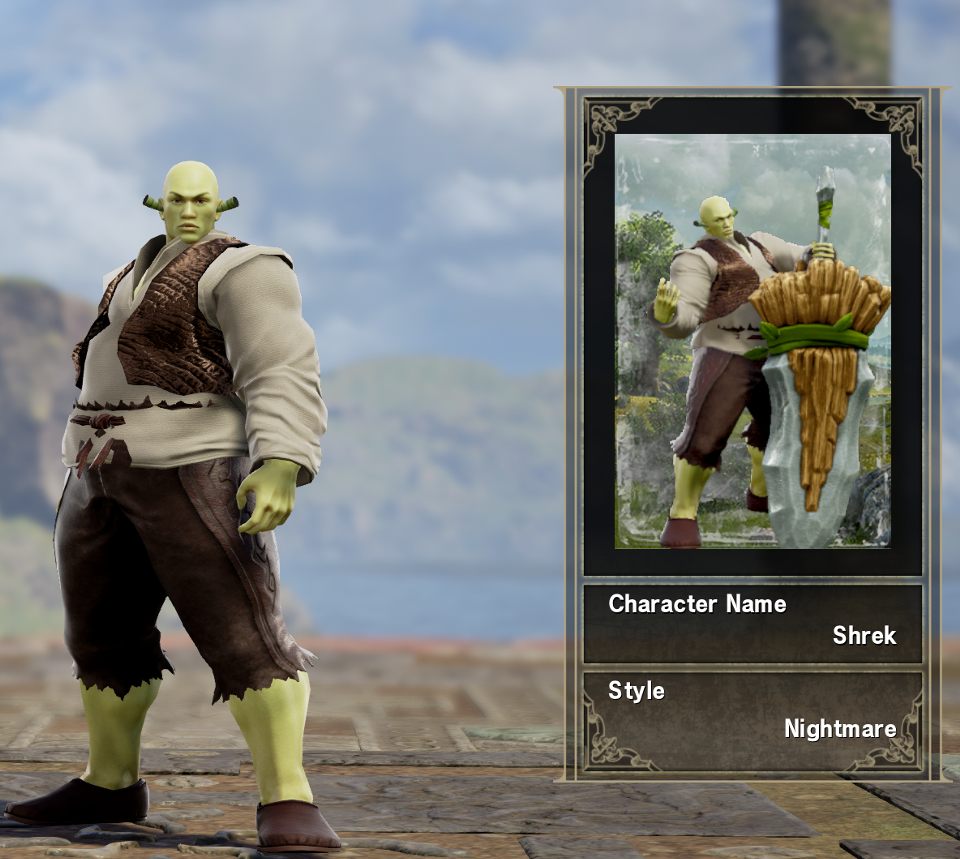 Somebody once told me that if you put a character creation suite or editor into a game the first thing people will make is a penis. Once they've done that, it's on to Shrek, because memes. (And then, finally, the inevitable, horrible combination of the two.) Anyway, here's a brilliant Shrek from reddit user OhMikeGod. 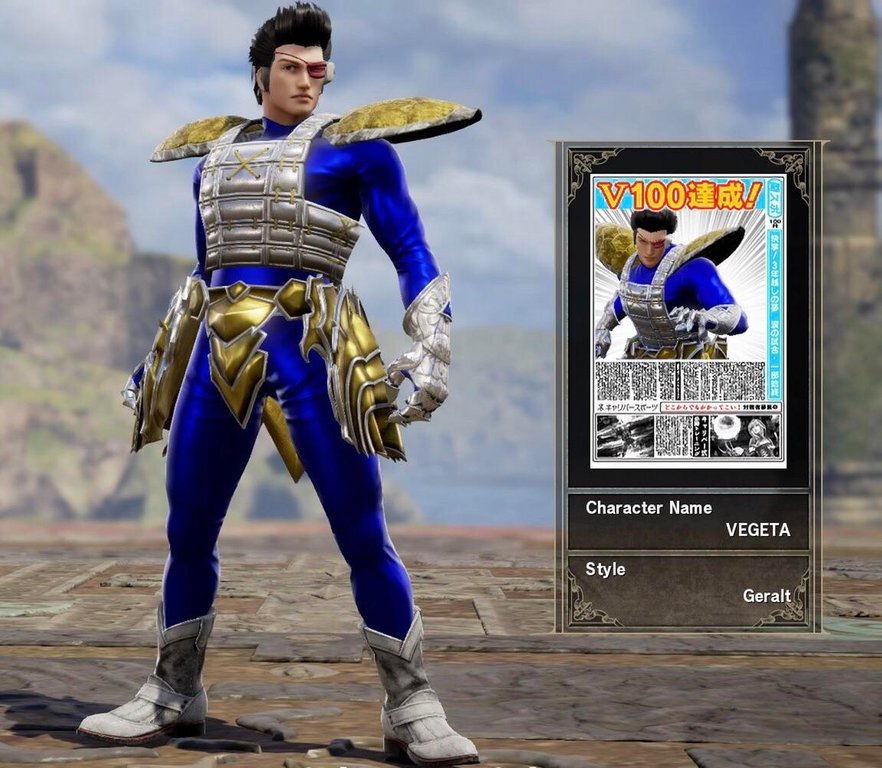 From an animated creation of the West over to Japan - here's another animated star, this one also star of another Bandai Namco fighting game. Straight from Dragon Ball, here's a genius creation of Vegeta that makes use of Geralt's fighting style, created by tsommerf over on reddit. 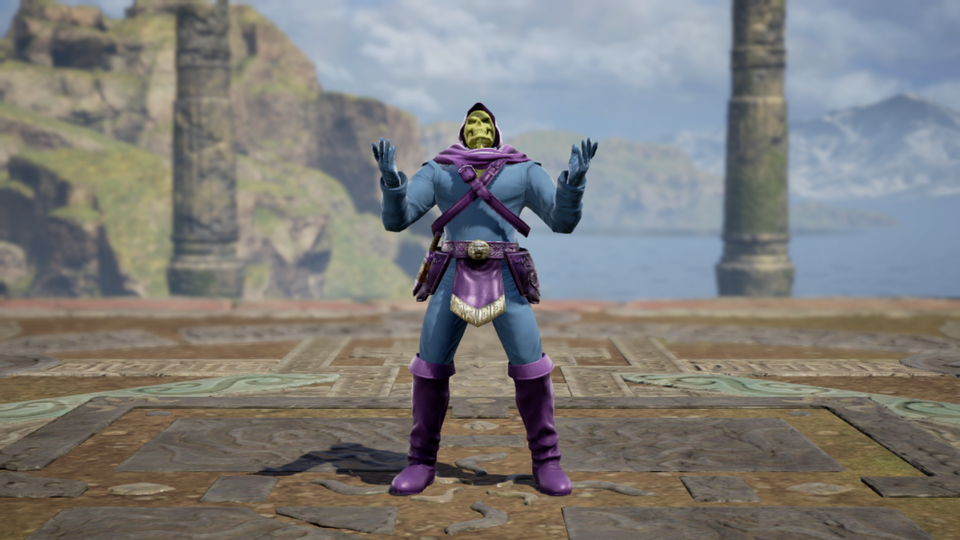 While over here in the UK he's busy appearing in bad (good) TV commercials, Skeletor is probably actually more at home in SoulCalibur. He'd probably make a good guest character, actually - you can have that one for free, Namco. Redditor FunRedGnome has even done some of the legwork for you, with this great-looking character creation mode custom Skeletor. 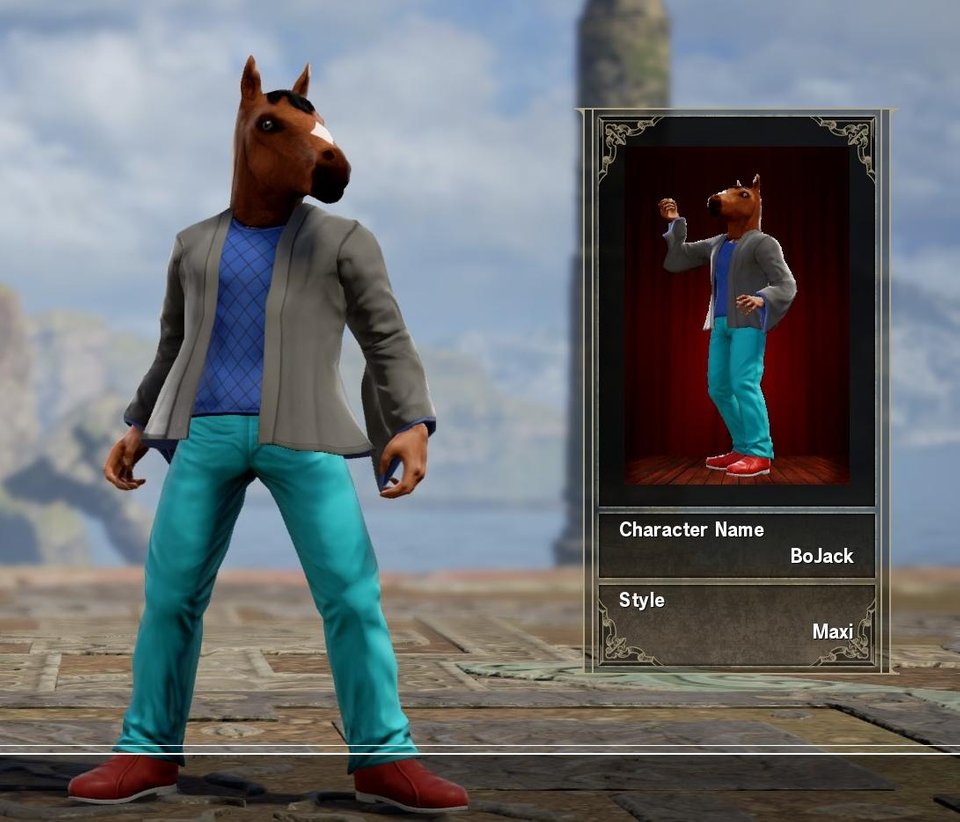 Keeping with the animation theme for a second, here's one for the Netflix subs to balance out the 90s kid He-Man shout-out - a great take on BoJack Horseman, from, er, BoJack Horseman. Cheers to Dudelbaum on reddit for this one. 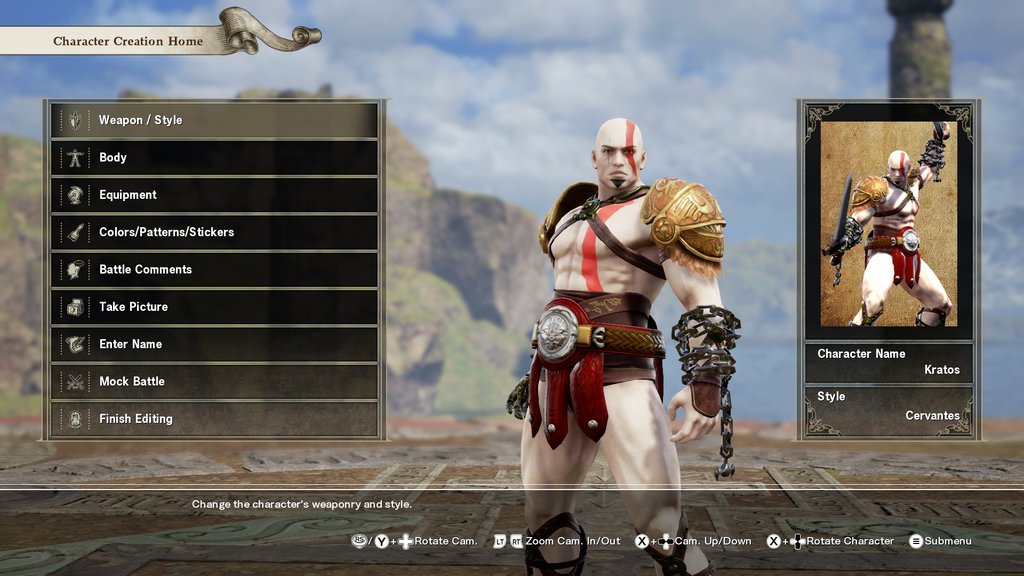 While we haven't seen a great version of the newer, beardier, daddier Kratos from the God of War reboot, fans of the PS2 and PS3 entries of the series can get a bit of a Kratos fix in SoulCalibur with this great creation from Akimbo_Doge on reddit. Kratos is no stranger to fighters, of course, having appeared in Mortal Kombat as a geust. This is a really clever creation that the comments on reddit actually didn't believe was even actually possible for a while - it's that good. 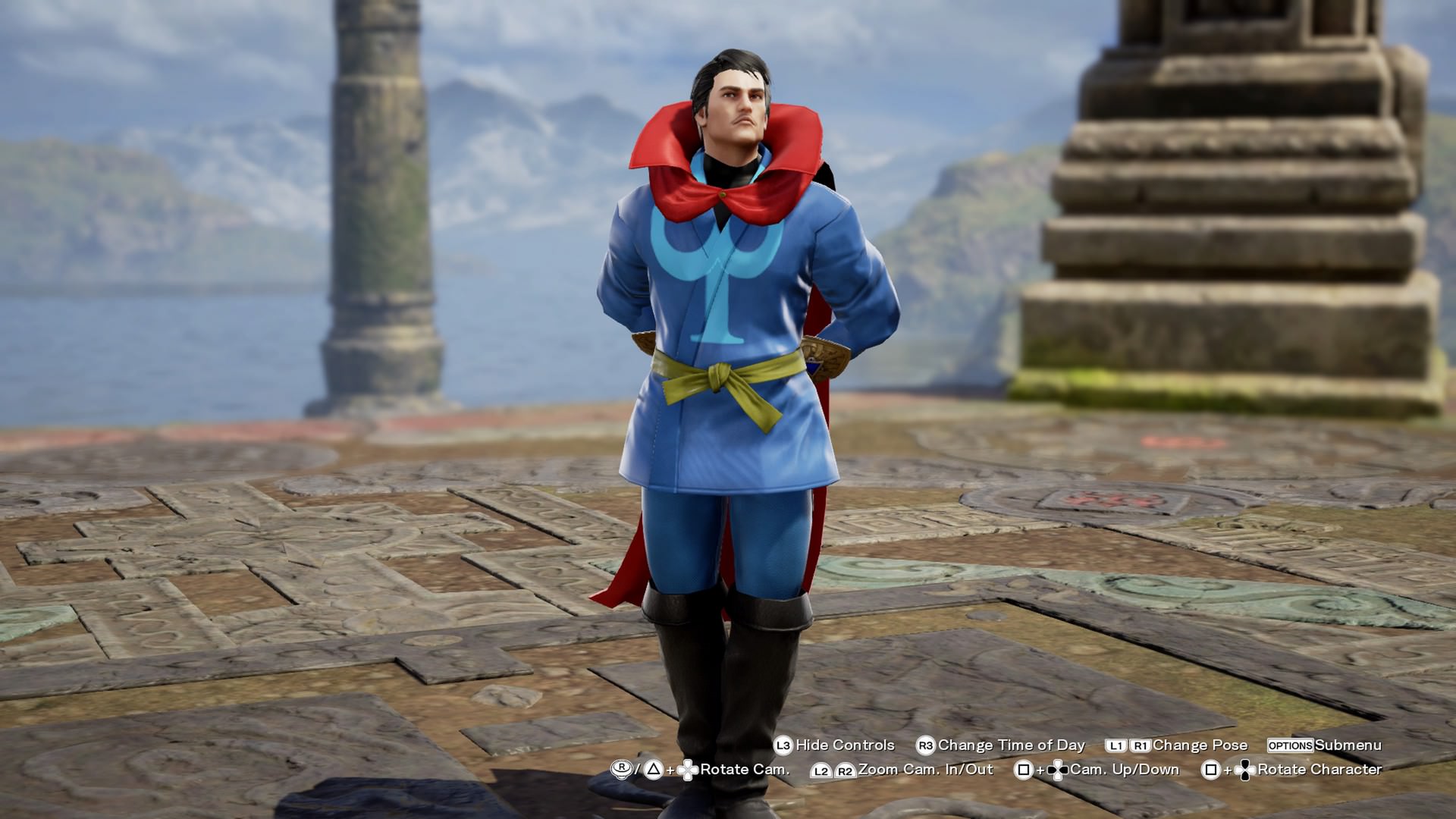 We had Thanos a little earlier on, but what about the other star of the show in Infinity War - and by that we mean Strange, because, come on, he's great. This is actually from Flousn90 once again, the creator of the Thanos, so we've got the impression this player really, really likes Marvel. 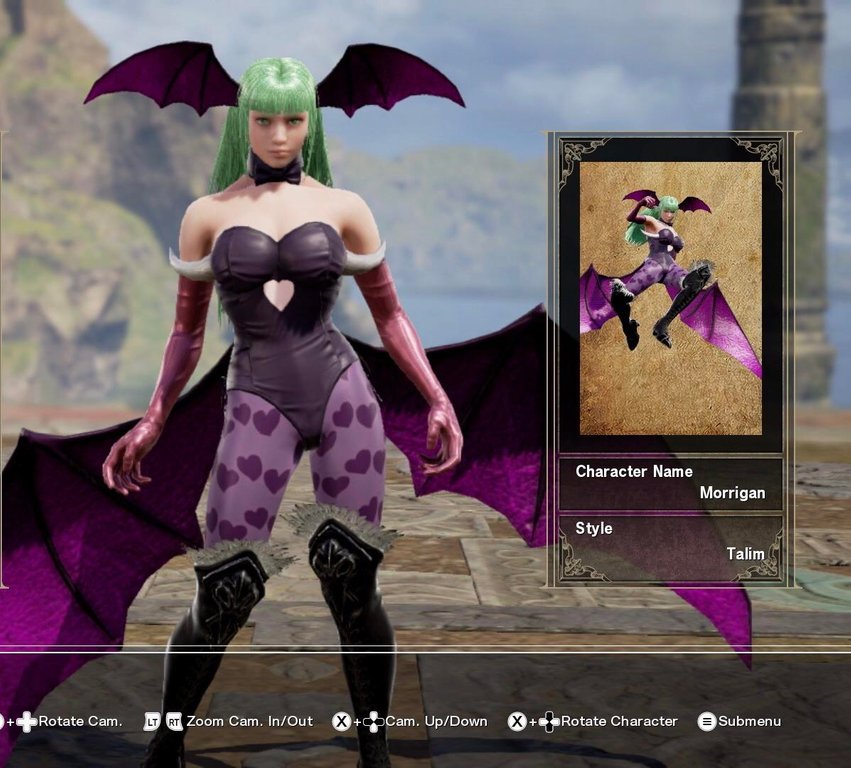 Capcom hasn't entirely forgotten Darkstalkers, but the series isn't exactly bursting with life either aside from Morrigan showing up in cross-over fighting games and some Street Fighter 5 costumes. BowtieWilliams from reddit has SC6 owners covered, however, with a pretty decently accurate Morrigan in SC6. 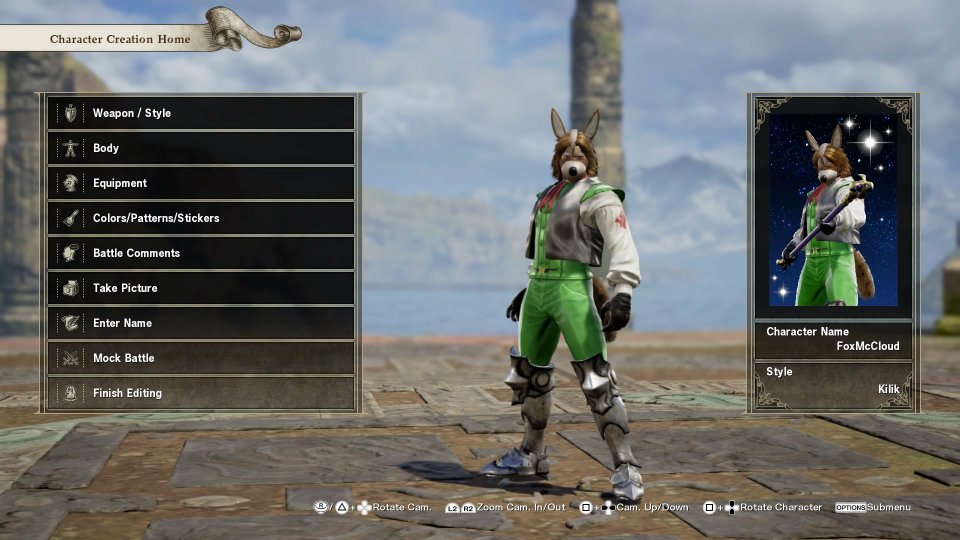 Sometimes you just have to praise the sheer creativity. Bravo to you, reddit poster Genki-JAM, because while this creation of Nintendo's Fox McCloud is slightly terrifying in its uncannily created fox-face, it's also bloody impressive as far as creative uses of the character creation tools goes. Let's just hope Fox isn't as over-powered in this as he is in Melee. 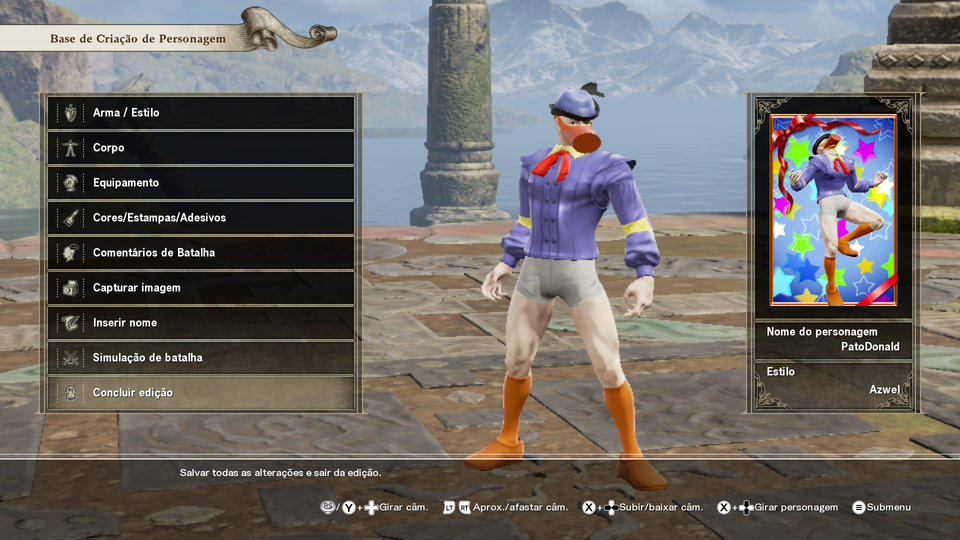 While we're on the topic of unsettling, weird looking anthropomorphic characters, here's Dangatopreto's amazing Donald Duck character creation, with some clever usage of items to make a beak. It's accurate and terrifying all at once. Approved. 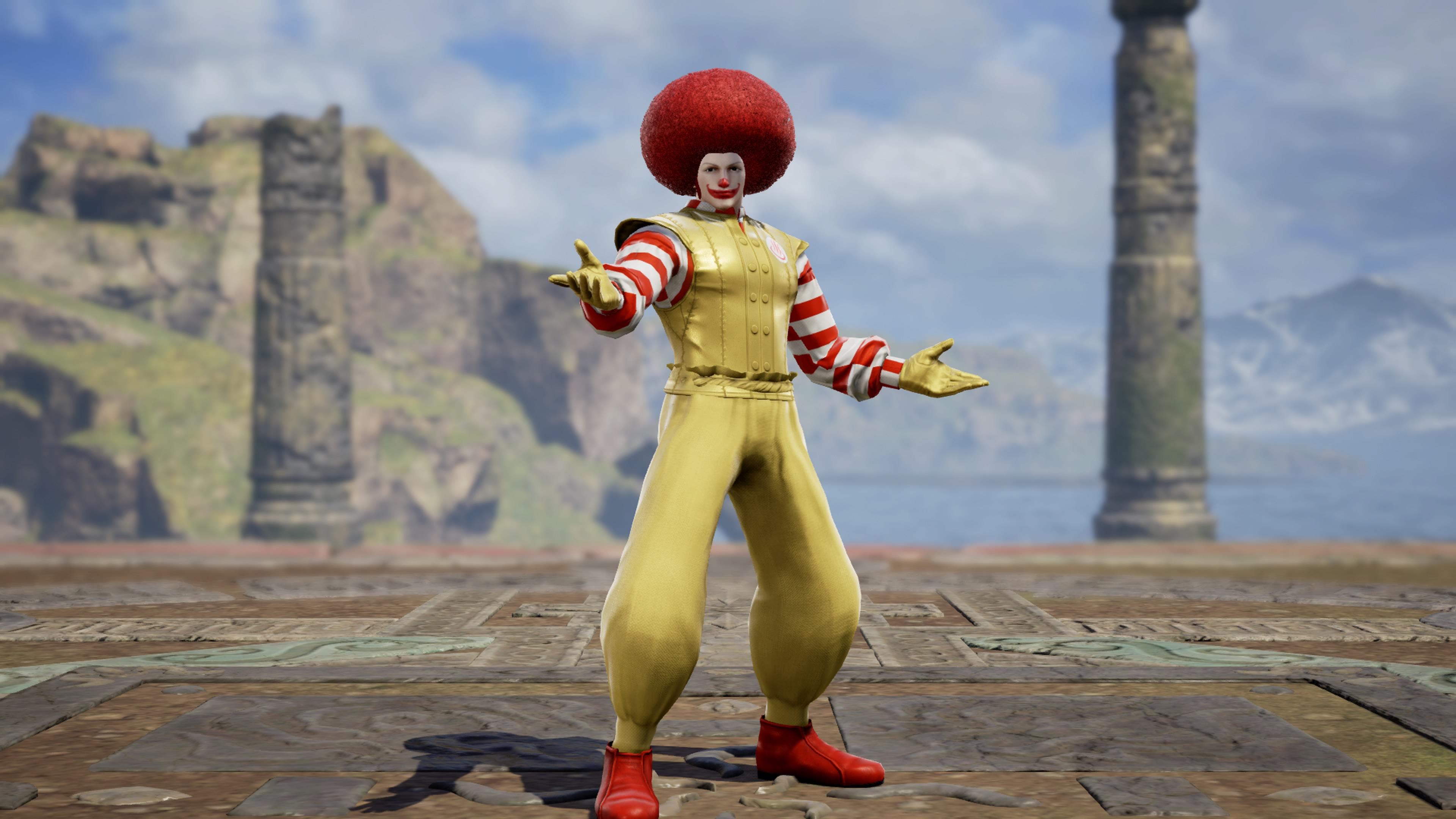 Arguably one of the most iconic creepy mascot characters of all time, it wouldn't be a video game character creation feature if we didn't include somebody who'd made McDonalds' Ronald McDonald. We're keeping an eye out for creations of the KFC Colonel and the Burger King, too... given that somebody's already made Wendy, we're a good way to a fast food showdown.