During Saturday's Super Smash Bros. Ultimate stream, Nintendo announced Steve and Alex from Minecraft will be released as DLC on October 13.

But that wasn't the only news we got from the stream. At the very end of the special broadcast, Super Smash Bros. developer Masahiro Sakurai announced that Banjo-Kazooie, Byleth from Fire Emblem: Three Houses, and Terry Board from King of Fighters) would all be getting amiibo.

No specific release date has been announced yet, but we do know that all of the upcoming amiibo will be released in 2021.

Sakurai gave us a little rundown on each of the figures, too (thanks, Nintendo Life).

"This is a rare prototype, which was sent to my home," he said whilst showing off the Banjo-Kazooie amiibo. "It's amazing to think that an official 3D model of Banjo & Kazooie is being made by Nintendo."

Next, he examined the Byleth figure, which will only feature the male version of the character. "Our professor, Byleth. What about the P2 version? Unfortunately, we're only able to create the P1 fighter amiibo."

Finally, he showed off Terry. "So, three amiibo figures, including Terry Bogard, are now in development. Release is planned for 2021, so we hope you can be patient with us." 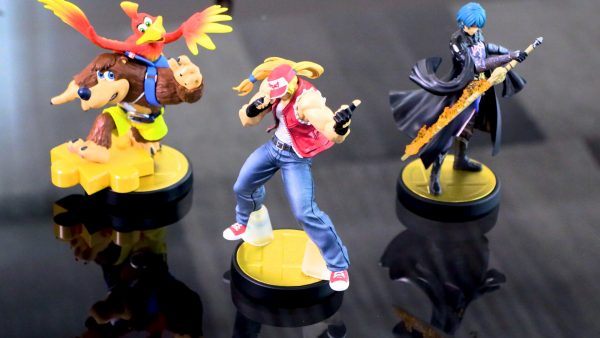 More information, including a formal release date, will likely be announced soon.