In the world of Middle Earth you'll want to master the sword as a priority, but you have some options when doing so.

Like any good RPG, Middle Earth: Shadow of War has a good little skill tree attached for building out exactly how you want Talion to play while you're slaying orcs. The largest skill tree in the game is the one centered about melee combat, with it offering up 23 unique skills that are split into main skill and more minor upgrades beneath them.

If you want to plan ahead or you're unsure of how to spend your points, we've got some tips on this page to help you through that. Here's everything you need to know about Shadow of War's counter-heavy, orc-smashing combat skill tree...

The combat skill tree is all about exactly what you'd expect - getting stuck into orc kind with your sword in one-on-one or one-on-many melee combat. Generally speaking, we'd advise prioritizing some upgrades in this tree first - whatever your intention, you're going to spend a good chunk of time in this game fighting. If you want to know more about all of the skill trees, check out our Shadow of War skill tree and character build guide.

What combat skills and builds are best?

First off, it's vital to note that Shadow of War is built in such a way that there's no optimum answer or best build for Talion in Shadow of War. The game is built to be very open-ended, and that means just about any combination of skill can work. We've listed all of the combat-based skills below, but that doesn't mean we don't have a few favorites we'd advise you pick up sooner or later... 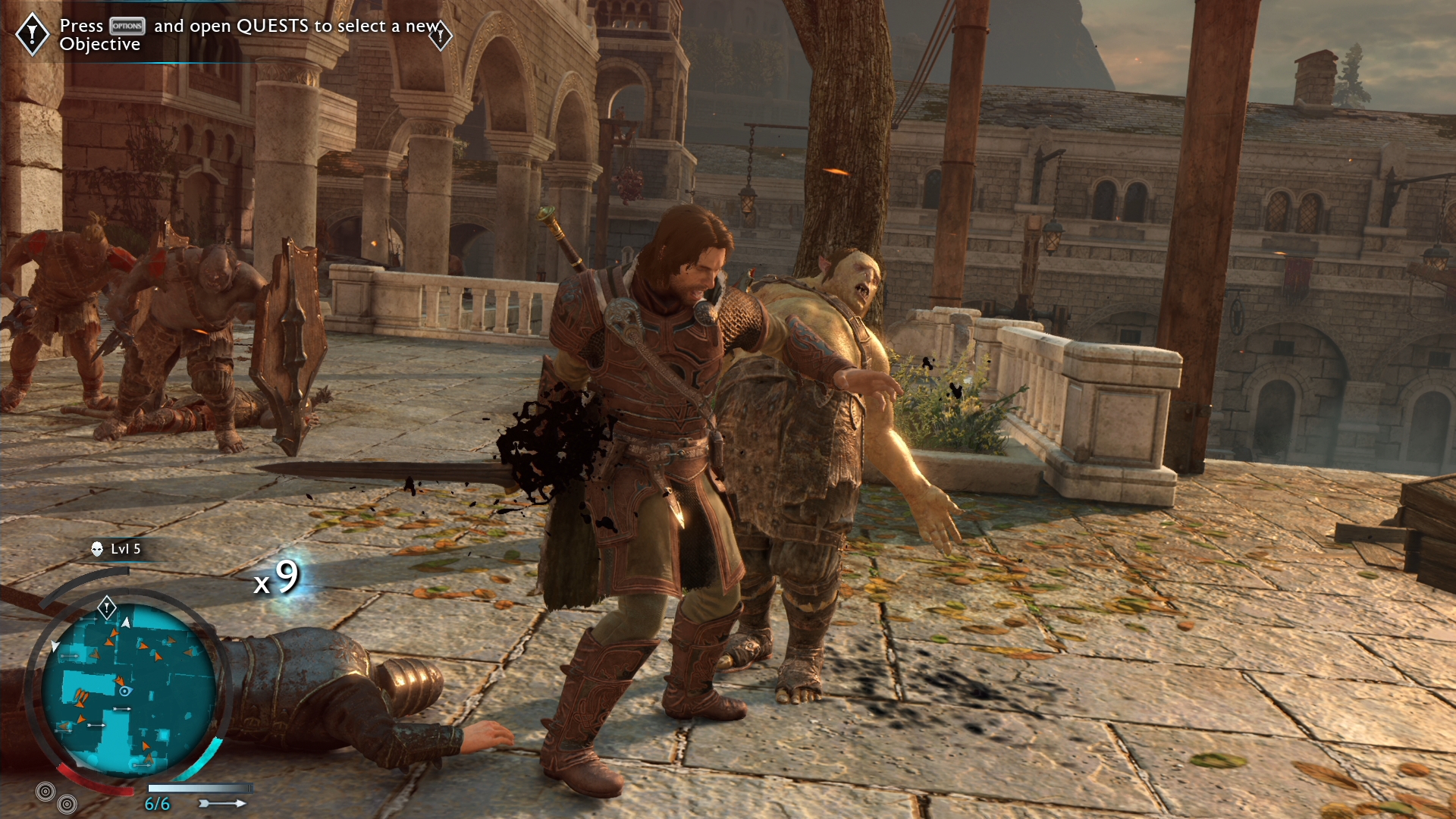 Press Triangle & Circle / B & Y when your Might meter is full to instantly kill an enemy. This is an absolutely key ability that lets you take down weaker-level enemies in a single blow.

The execution upgrades are all built around getting Might more quickly, with the purpose being to allow you to use executions more often.

Perfect Counter is pretty simple - when the counter prompt appears asking you to press Y or Triangle, it'll briefly flash blue. If you manage to time your button press to that blue flash, your counters will now knock down enemies, something that's absolutely perfect for following up with a ground finisher.

The skills around the Perfect Counter mostly make this skill more potent, but they can also assist in Might building.

This skill is an old RPG staple, and a good one at that - it gives you the chance for any of your melee attacks to turn into critical hits, which gives them a decent little boost to their damage output. The upgrades here increase the chance of you landing a critical strike.

If you've played the Batman Arkham games you'll know this element of Shadow of War's combat: when an enemy is knocked to the floor with stars around their head, you can press the Right Trigger & X / R2 & Cross to perform an execution move on them. This move is available from the start, but by buying this upgrade you'll speed up the move and ensure you're left vulnerable for less time.

The upgraded skills for the Ground Finisher do what you'd expect, making Ground Finishers more robust and offering more options for grounded enemies.

Brutal Executions are an upgrade to the earlier execution skill in a sense - it allows your might to be double-charged, and that lets you unleash brutal executions with the same button combination. Brutal executions are so raw that it can cause nearby enemies to drop everything and flee in terror, which is useful for obvious reasons. It has some really powerful upgrades, but only two of them

Retaliation is all about those 'Last Stand' moments you can get when you're close to death - with this skill and its upgrades greatly improving the odds for you when you find yourself in a Last Chance situation. This first level makes it so that a perfectly-timed last chance will instantly kill the grunt-level enemy attacking you.