A Xbox 360 10th Anniversary Bundle has been spotted on Amazon France.

It will contain a 250GB console, 3 months of XBL, Halo: Reach, Halo CE: Anniversary, Fable III, and Gears of War 2 and is rumored for release on March 9.

We've search Amazon US and found nothing of the sort at present. We'll mail Microsoft.

Amazon France lists the bundle for €280. 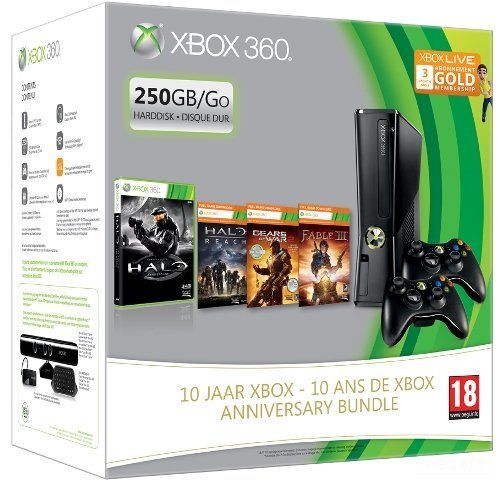