League of Legends developer Riot Games has a completed but unreleased card game on the backburner, according to materials leaked by a hacker.

As spotted and screengrabbed by Kotaku, the Twitter account of Riot Games president and co-founder Marc Merrill began making dodgy posts overnight, apparently as the result of a hack.

The hacker shared images of League of Legends: Supremacy, a name Riot trademarked and registered as a domain last year, and although most have been deleted two Imgur galleries of templates and icons remain.

The hacker said Supremacy is a standalone game, that he had the server and client source, and that the project was full and complete but mysteriously unreleased.

Merril has confirmed that his account was hacked - as opposed to, say, a marketing stunt - and commented on the leaked material.

"Someone shared some old screens from one of the many prototypes we've experimented with. We're always working on a variety of new ideas for League and beyond. Lots of experimentation that may never see the light of day," he said. 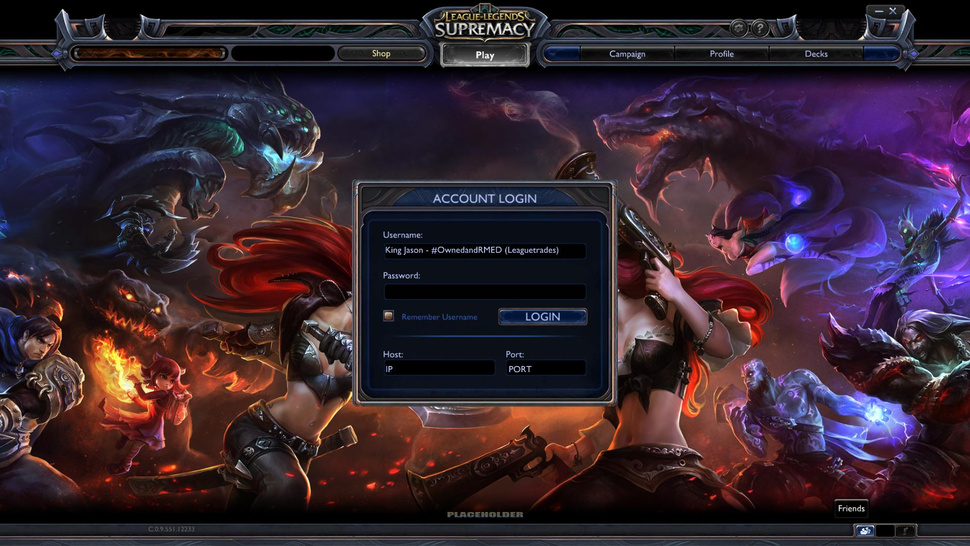