The Chinese New Year has kicked off and so had the Pokemon Go Lunar New Year event.

Niantic Labs pushed the button on the Pokemon Go Lunar New Year event yesterday, and you have until February 13 to enjoy the festivities.

This event shines the spotlight on 12 Pokemon which correspond with the various animals featured on the Chinese calendar. 2019 is the Year of the Pig, which means Spoink is the star of the show. If you play Pokemon Go, be on the lookout for a Shiny Poink to add to your collection.

Here's the list of Pokemon which will spawn more often during the event. 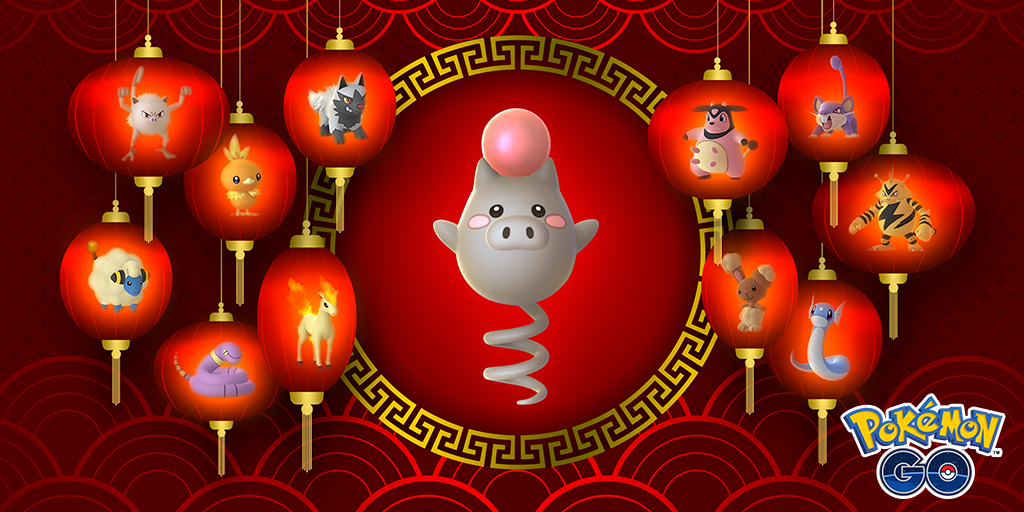 You can also take advantage of  2x catch experience points, and 2x XP when evolving your Pokemon. When you trade Pokemon during the event, there's an increased chance it will become a Lucky Pokemon.

Don't forget: the most reliable way to get your hands on new Pokemon is through egg hatching.  Look over our Pokemon Go egg hatching cart for some pointers.