Sony has confirmed its PlayStation Plus line-up for September, and there are notable differences between the European and North American regions.

As previously reported, Infamous: Second Son and Child of Light are both part of the PlayStation Plus offerings for September, but those in North America won't have Child of Light included.

Matter of fact, the lists for each region are entirely different, save for Second Son and the bonus PSVR game RIGS Mechanized Combat League which is free from September 5 through November 7.

And don't forget, That’s You! is already available as a free download in both regions until October 23. 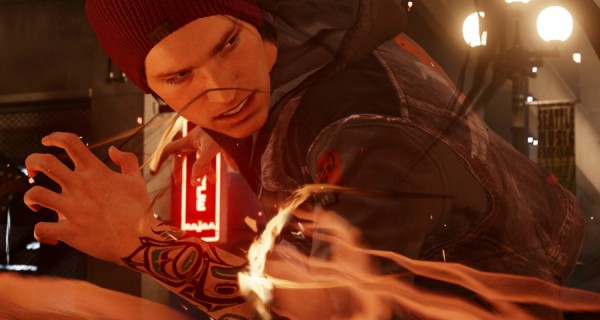 Instead of breaking it all down, it's much easier just to post the lists for you.

In North America, PlayStation Plus members will be able to play Dead by Daylight September 15-18 for free. Afterwards, they can take 30% off the game until September 22 should they decide to purchase it.

If we hear word on Europe receiving this offer as well, we'll be sure to let you know.

PS Plus members have until September 5 to grab August's offerings.

In case you missed the post, here's what's on offer until then: PS4 titles Just Cause 3 and Assassin’s Creed: Freedom Cry; Super Motherload and Snake Ball for PS3; PS Vita titles Downwell and Level 22.