PES 2014 developer Konami has unveiled a long list of new features coming to the FOX Engine-powered football sim this year. From TrueBall technology to next-gen trickery, check out a full breakdown here. 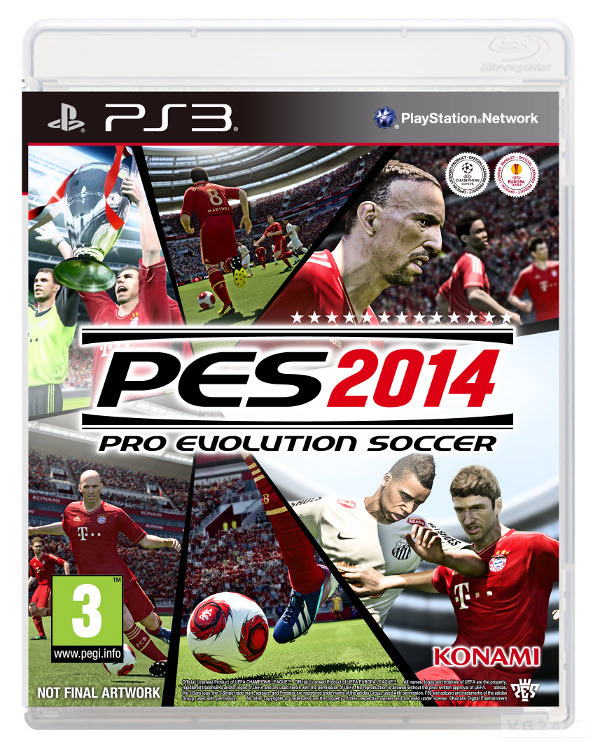 In a press release sent to VG247, Konami spooled off the game's many new features, all based around a central theme of fluidity.

TrueBall Tech is the biggest marquee feature, which offers 360-degree, two-footed control and dictates how the ball moves, as well as how it reacts to a player's first touch.

The release explains, "TrueBall Tech allows the player to trap or knock on a pass using the analogue stick with detailed barycentric physics determining the weight shift of the player and the height and speed of the pass, as to how the player’s body will automatically shape to receive it.

"Thus, the player has total control in determining how their body is angled to receive a pass, whereas previous football titles present the user with scant options. Instead, TrueBall Tech means that it can be chested or nodded past an opponent, flicked into space or to a team mate, while closer dribbling control is a much more personal attribute in the new game."

Next, the Motion Animation Stability System - or M.A.S.S. - is similar to FIFA's Player Impact Engine in that it informs contact between colliding players, combined with dynamic animations and rules depending on a player's size and weight. It also allows for more tense one-on-one battles, letting players feint, dribble, place pressure and attack in style.

The release states, "Rather than a series of preset animations that occur under specific circumstances, M.A.S.S. acts instantly to any situation, with the reaction of a fouled player entirely dependent on the direction and force with which they are tackled.

"Dependent on factors such as their size and power, players will stumble but instantly recover if clipped, barge others off the ball, and use their stature to block players from possession. Similarly, PES 2014 now has more styles of tackle, as opposed to basic foot in or sliding types." 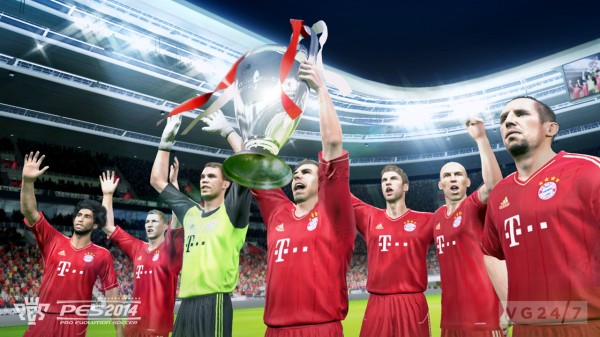 Konami's new Heart mechanic promises to add a new degree of emotion to matches. For example, when playing an away game, your team may become impacted by the majority support for the home side. The mental state of individual players can become affected, but pulling off moments of brilliance will see them gain a surge of positivity.

PES ID is up next, a system that captures the individual play styles and characteristic of 100 licensed players so that you can identify them by their actions, not just their name or appearance. These signature players will each come with bespoke animations.

Next, Team Play lets up to three players control players on the same team, making for coordinated strategies across the pitch. The release adds, "users can set up a variety of different tactics in key areas of the pitch using three or more players.

"These players will make very different off-the-ball runs to exploit holes in the defence or midfield, using the flanks, curved runs, or overlapping play to make themselves available. These moves can be preset to key areas of the field, allowing users to exploit defensive weaknesses beforehand."

Finally, The Core is an initiative that has seen PES Productions converse with die-hard football fans to enhance several areas of PES 2014. Everything from facial animations, quality of strips, fluid movement an a radical overhaul of the game's free kick and penalty mechanics have all come from this interaction. 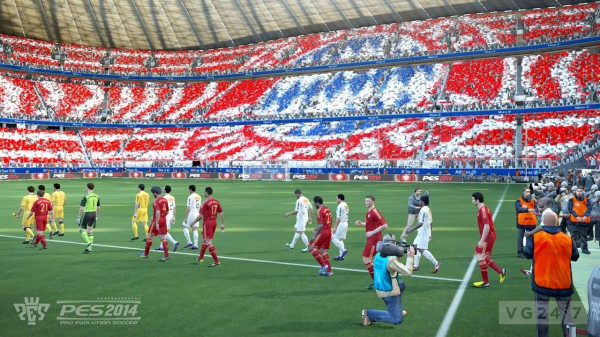 PES 2014 will also include the Asia Champions League, complete with licensed teams.

Creative Producer Kei Masud said in a statement, “Thinking outside the box on an annual series such as PES is not easy, but the Fox Engine has allowed us to develop such a level of freedom that we are constantly realising ways of making PES 2014 a true representation of football.

"From the moment football fans pick up the controller and experiment with the close control, player movement and get to know how teams work and move, we are confident that they will see a game no longer limited by technology, but capable of growing with them and constantly surprising with the breath-taking quality they have to come to expect from the real thing.

“All the materials we’re releasing are taken from current platforms and fully in-game, which is at about 70% completion. We want fans to get a true feeling of the actual product they’ll be playing on the consoles most own this year, not some marketing dream.

"Our new engine and systems are dedicated to the current generation of platforms, which will continue to be dominant in the market, but are fully scalable for future versions.”