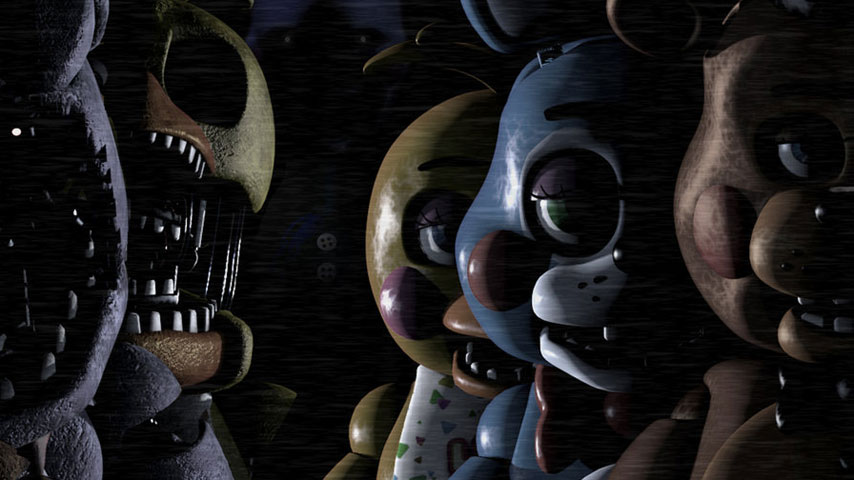 Five Nights at Freddy's creator Scott Cawthon has announced he no longer intends to produce main entry titles in the horror series.

Speaking directly to fans in a Steam Community post, Cawthon said he had been working on and teasing a new game which it would be fair to call Five Nights at Freddy's 6, but has packed it in.

"After forcing myself to keep working on it day after day, I realized something - I just don’t want to work on this," he said.

"With each game's release, I think the expectations get higher and higher for the next, and rightfully so. Each game SHOULD be better than the last! But that pressure starts to mount, and I fear that I've been neglecting other things in my life for the sake of trying to keep up with those mounting expectations."

Cawthon said he's not going to reveal anything about the shelved Five Nights at Freddy's 6 and has asked other contributors to zip it, too - so whatever was planned for the continuation of the plot, it's probably never going to become public knowledge.

Although the main series has ended, Cawthon said he isn't "abandoning FnaF", and that he hopes his next project will be something for fans of the series.

"Remember Foxy Fighters from Update 2? I loved working on that game. It was a lot of fun, and it took a lot of the pressure off me knowing that it was just for the fans of the games," he explained. "That’s the kind of project that I'd like to work on again."

An indie horror franchise centred on a haunted, animatronic-filled pizza chain not unlike Chuck E Cheese, Five Nights at Freddy's kicked off in August 2014 and was rapidly popularised by streamers and Let's Players. Although the series has a fervent fanbase, Cawthon has endured backlash over the Five Nights at Freddy's series's quick turnarounds.

The disastrous release of spin-off FNaF World saw this phenomenon hit its peak, but the intense scrutiny brought about by its sudden popularity also led to adventures like the fanbase questioning whether the first Five Nights at Freddy's novel was some sort of in-fiction publicity stunt.

There are five core Five Nights at Freddy's games, although the fifth and latest release drops the numbering for the subtitle Sister Location, as well as RPG spin-off FNaF World.