Nintendo Switch has a premium online service, but it's only been confirmed for three countries so far. 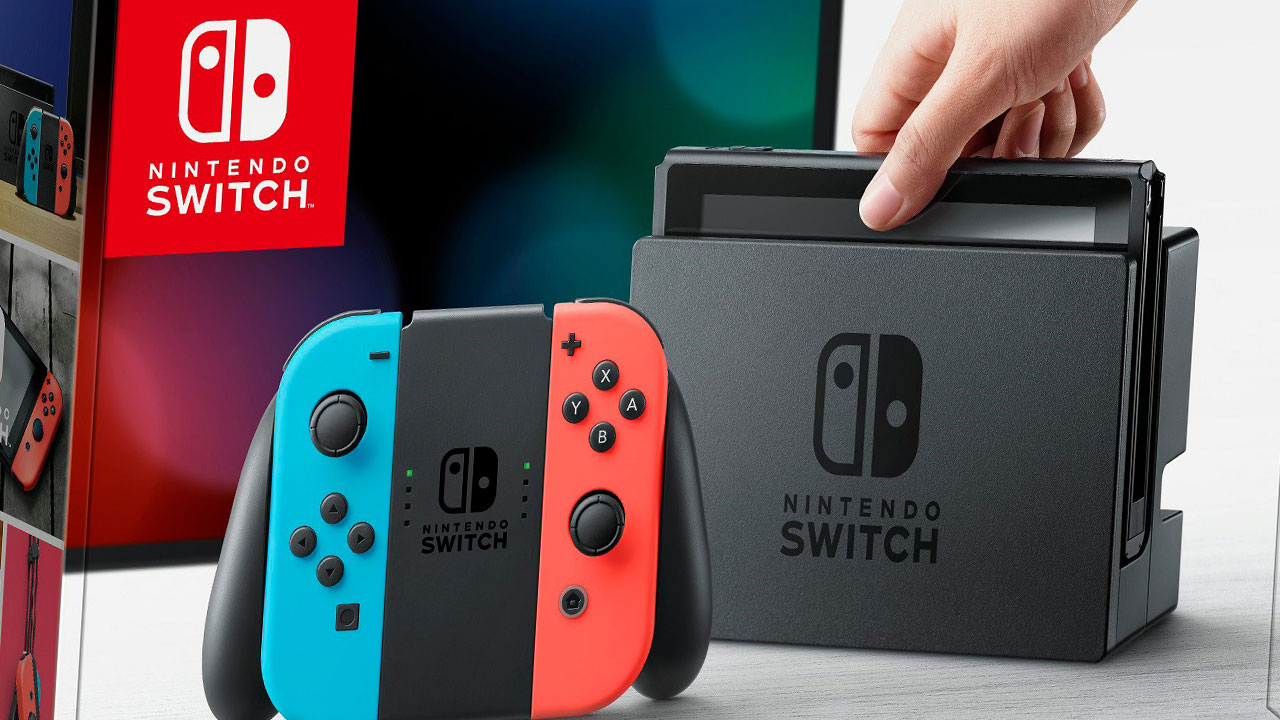 Switch will offer a range of online services, and Nintendo has joined Sony and Microsoft in asking you to subscribe to them.

Switch launches March 3 for $299. Find many more details in our full coverage of the Switch launch reveal livestream.

Nintendo has not yet offered pricing details or a full feature set, promising more details "after the Nintendo Switch system launches".

If that seems a bit tardy to you, don't fret; Nintendo Switch Online Service will be free at launch. You won't have to pony up until northern autumn 2017.

"After the free-trial period, most games will require a paid online service subscription from Nintendo in order to play online," the platform holder advised. "This service is only for Nintendo Switch. It does not affect Wii U or Nintendo 3DS systems or online play."

This free period business is a clever way of ensuring Nintendo doesn't cop a bunch of flack if servers fall over when it first goes live, but there is one caveat. That autumn date is a soft launch: Nintendo Switch Online Service "will be available in the US, Canada, and Mexico only at launch". Goodness knows when it will come to the rest of the world.

Update: This line was removed from the site so let's hope that means everyone gets Nintendo Online Services.

Interestingly, only online play has been confirmed for launch. Other features are "planned for fall 2017", meaning they won't turn up till at least September. 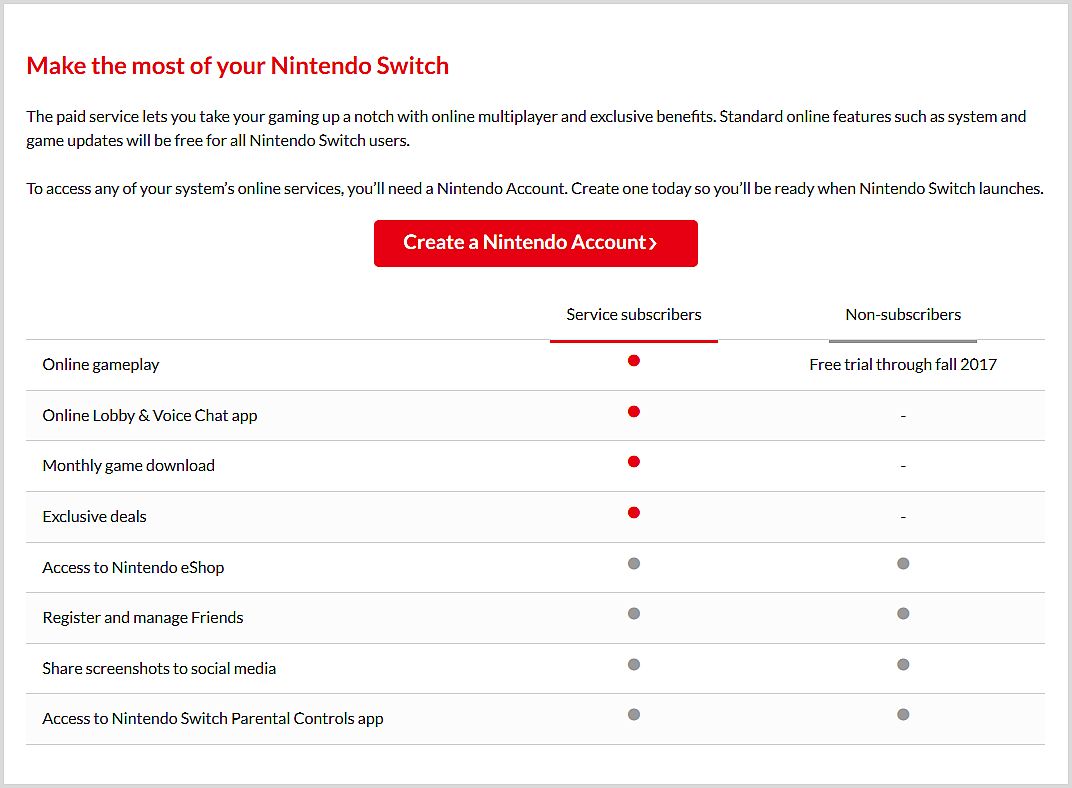 One of these planned features is online lobbies and voice chat, which will be accessed through a dedicated Switch app on your smartphone or tablet. A free, limited version of the app will be available to try out in northern summer.

Another is a monthly game download. Nintendo said Switch Online Service subscribers will get to download and play a NES or SNES game "free for a month". it's not clear whether that means you can't play them any more after the month ends. These games will have new, online play features added in.

Finally, Nintendo Switch Online Service subscribers will have access to exclusive discounts and offers, similarly to PS Plus and Xbox Live Gold.

You'll need a Nintendo Network ID if you want to subscribe to Nintendo Switch Online Service, as well as to general Nintendo Network such as sharing captures, accessing the eShop, using parental controls and adding friends, obviously.