The big news from the session is a system update coming to the handheld which will see the release of Miiverse on the system as well as the ability to combine eShop balances on Wii U and Nintendo 3DS.

Network IDs are also coming to 3DS and will be required in order to combine the aforementioned eShop balances; 3DS owners will still be able to download software from the eShop without being forced to use a NNID.

Nintendo 3DS owners who do not own a Wii U system can also create their own Nintendo Network ID for the first time.

YouTube will be launching this month for Nintendo 3DS. Nintendo 3DS owners with a broadband Internet connection will be able to watch all their favorite YouTube content on the go, browsing on the bottom screen while viewing on the top screen.

The system update arrives in December.

A Link Between Worlds has a new trailer, posted below, and the first of four 15-second mini-trailers for the game debuted today on Nintendo’s Instagram page.

Nintendo also detailed a number of characters, including Irene and her magic broom; Seres, who is trapped in a painting; and Gramps, who can help facilitate battles with other players encountered via StreetPass were also shown during the Nintendo Direct session. The Milk Bar was also confirmed, but you will have to use Zora's flippers to swim through Lake Hyrule to get there.

During the session, NoA president Reggie Fils-Aime also showed off the previously confirmed 3DS XL bundle for the game, which will launch for $219.99 in North America. It comes with a digital copy of the game and a 3DS XL decked out in gold-and-black coloring with the Triforce on the exterior. The game launches in stores and on the Nintendo eShop for $39.99.

Mario Party: Island Tour will contain seven new game boards and 80 new mini-games, including some that use the motion controls of 3DS, and the ability for four players to particpate in all multiplayer game content with only one copy of the game via Download Play.

The single player Bowser’s Tower has players playing through 30 floors of mini-games, with a boss battle every fifth floor. Additionally, players also can engage with other players who also have the game in StreetPass mini-game competitions. The game launches in stores and in the Nintendo eShop on Nov. 22 at a suggested retail price of $39.99. As mentioned above, it lands in the UK January 17.

The new Kirby game for Nintendo 3DS has a name: Kirby: Triple Deluxe. More information about the game will be announced in the future.

Bravely Default and a Collector's Edition is heading to North America on February 7. A Collector’s Edition of the game will be available exclusively at select retailers and includes the game, an art book, a soundtrack CD and 34 augmented-reality cards.

Inazuma Eleven 3: Team Ogre Attacks arrives on February 14 and various indie titles such as Shovel Knight, Jett Rocket 2, Retro City Rampage, Q.U.B.E. Directors Cut, Scram Kitty, Shantae and the Pirates Curse and more are heading to the eShop. Trailers showcasing indies for both the UK and US are posted below.

Super Mario 3D World will feature the ability to play as Rosalina from Super Mario Galaxy and a Luigi Bros. bonus game that is more easily accessed for players who have New Super Luigi U save data on their systems and Captain Toad levels, which challenge players to collect five stars without jumping will be included. You can see a video featuring these unlockables below.

Pikmin 3 DLC arrives on December 2 with a third round of new Mission Mode stages. The eight new stages that will be available for purchase include four “Collect Treasure” stages and four “Battle Enemies” stages with locations as varied as beaches, the inside of someone’s house during a party, a construction site and a mysterious factory. In one stage players can control Captain Olimar, the main character from Pikmin and Pikmin 2. Louie even makes an appearance.

The third round of Pikmin 3 Mission Mode downloadable stages will be available in the Nintendo eShop for $4.99. A software update is required to play the new stages. People who update their software will receive one “Collect Treasures” stage and one “Battle Enemies” stage for free.

A new Animal Crossing Plaza update goes live November 14 in Europe. The Wii U gathering place for Animal Crossing fans will be upgraded with two new features: after users perform a software update, they can customize their Miiverse posts using 50 different Animal Crossing stamps. Users can combine multiple stamps or add hand-drawn messages to decorate posts they have already stamped. They can even partially erase a stamp and redraw it any way they like.

Nintendo is also adding a ranking feature to display the results of monthly polls. November’s question is “Who would make the best secretary?” and December’s theme will be “Who is the neighbor of the year?” Additional features, including the ability to register and interact with your town residents, are also being added.

Along with YouTube coming to 3DS, a YouTube update will arrive for Wii U. After users perform the software update, they will be able to use the YouTube application to watch videos on the GamePad controller or search for YouTube content while another video is playing on the TV.

A free trial of Wii U Fit is available in the Nintendo eShop now through January 31 and Wii U owners with a Wii Balance Board accessory and a broadband Internet connection can download the trial and play it for free for 31 days. Users can make the trial permanent by buying and syncing a Fit Meter to the software.

Fit Meter accessories are available for $19.99. The full Wii Fit U game launches in stores on January 10. 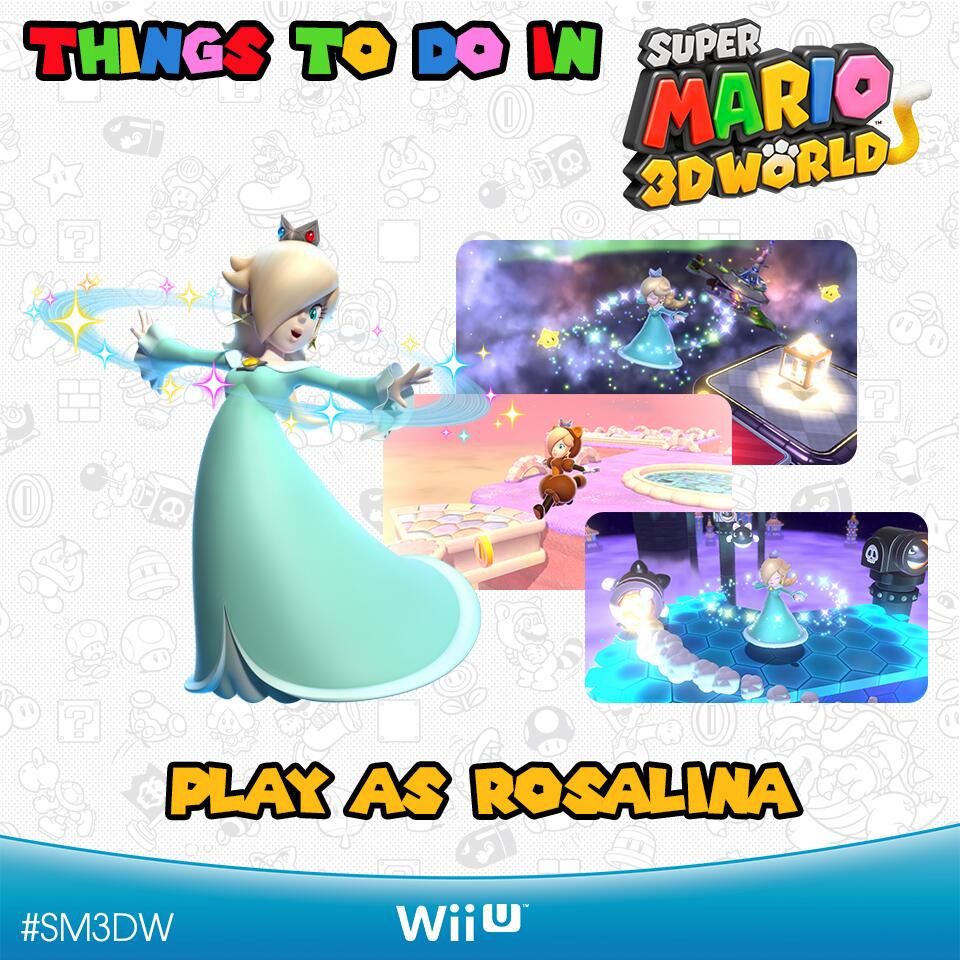