Look, this one lets you ride a dragon. Need I say more?

Shadow of War features some of the iconic beasts and wildlife you'd expect in Mordor, and one of the game's major RPG skill trees is devoted to mastering control of these beasts in order to better travel the world and slay your rivals. But that's a pretty niche skill tree - so how good is it, which skills are worthwhile, and what should you prioritise?

After sinking many hours into the game, we've got some ideas to that end - so let's take a look at Shadow of War's Mounted skills.

Talion's ability to get atop enemy beasts in Shadow of War and turn them to his own needs always looks pretty cool, but it'a also an easy skill set to overlook. After all, if you give someone the choice between extra sword and execution skills, awesome stealth movements or riding around an ugly swine-like beast, the choice seems clear, and some of those other Shadow of War Skills are very tempting indeed, yes. But-- Mounted skills can actually be far more useful and far more powerful than you might think, as we detail here...

Which Mounted skills are the best in Shadow of War?

So, as we say above - Mounted Skills are actually better than they seem. Yes, this skill tree culimnates in the ability to ride a dragon - something which anyone in their right mind will want to do - but the ability to use Caragor and Graug beasts properly can give you a serious edge in combat, too. Here are the skills we feel stand out: 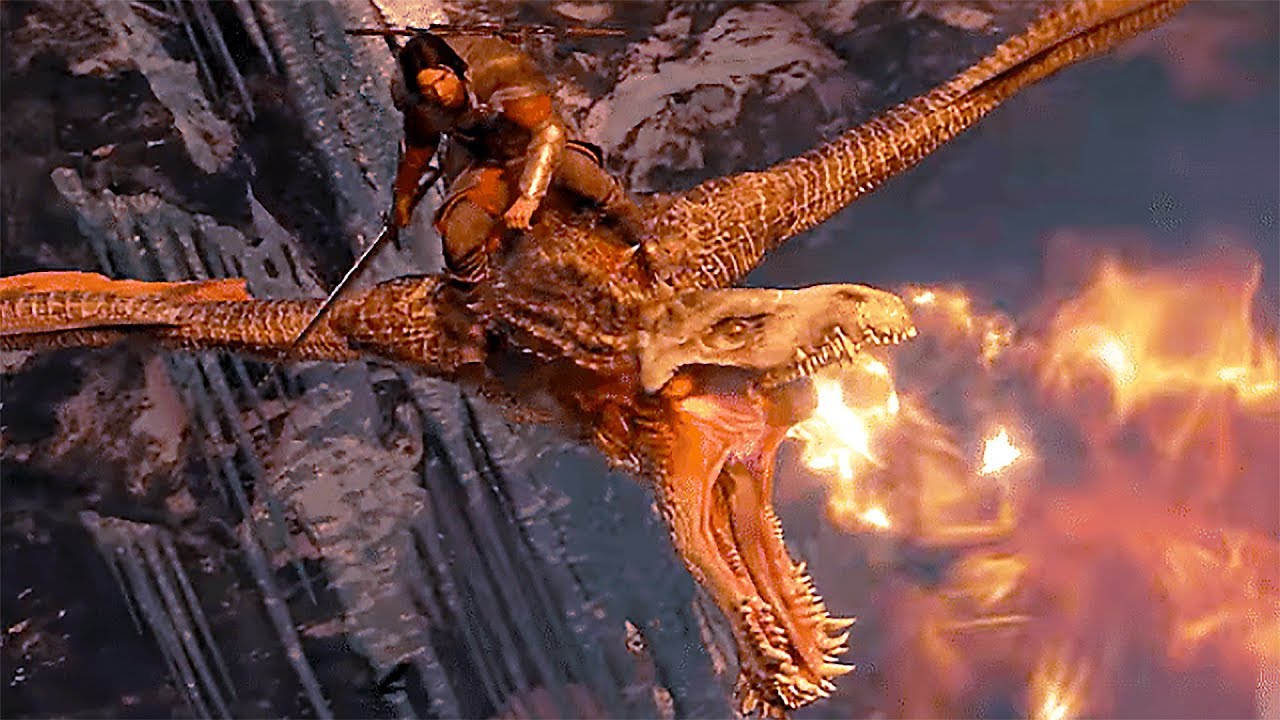 Caragor can be an absolute nightmare to deal with in combat situations unless you're properly prepared or just a bit of an expert at taking them down, but this ability will let you turn them to your side, riding them and thus able to use them as a weapon of sorts. It's pretty damn handy. The upgrades will make you even more deadly while mounted, too.

Graug are even larger, giant-like humanoid enemies, and they too can be ridden and used to smash your enemies to pieces. They're absolutely deadly, but you'll need this skill to be able to initiate riding them once they're broken. As with the Caragor, the upgrades adjust the Graug's abilities when mounted to make it more deadly.

This is a super cool skill, and if nothing else it can make travelling the world a little quicker - it lets you summon a Caragor. Press left on the d-pad to summon, tap it to direct it to attack enemies and hold it to dismiss. You need to have dominated a Caragor first, though. The upgrades let you summon other beasts instead.

Shadow Mount is a neat skill where you can point your bow at a broken creature and instantly dominate it with a press of circle, allowing you to teleport to and dominate a beast from afar. It works on Caragor, Graug and Drake as long as you've unlocked the requisite skill.

Dragon Rider is the dream skill, obviously - it lets you dominate and ride broken drake creatures, giving you a dragon of your very own to ride around. You need this skill to use the dragon upgrade for the Call Mount skill.