A chat with White Wolf about Werewolf the Apocalypse, a game only three weeks old.

"We're not afraid to talk about real shit in Werewolf: The Apocalypse. Our werewolves are nature's vengeance. They are what happens if you fuck with the ecosystem."

This job is pretty ridiculous at the best of times. Like last week when I flew to France to speak with White Wolf about Werewolf: The Apocalypse, the recently announced RPG from Cyanide. It turns out the game is only weeks in development. Work started on it the same day it was announced. Whether any of it exists on more than scraps of paper and inside the minds of White Wolf employees is anyone's guess.

Martin Ericsson is a tall and enthusiastic chap who first started working with White Wolf as a Dracula model and is now lead storyteller. He's in a side room of a showcase by publisher Focus Interactive, and while other titles have chunky polystyrene sets built around their games, or playable code, or live demos, or trailers or at a least semi-slick Power Point presentation, Ericsson just sits beside a poster. He's got nothing apart from what's in his head. That turns out to be a wealth of lore surrounding World of Darkness, the second biggest RPG of the 90s (after Dungeons & Dragons). But he not phased at all.

"Focus chose to immediately declare the game because there are no other werewolf games on the market, so it was about staking a claim," he says. Previously the franchise was tied up with EVE Online developer CCP, but financial problems saw it sold off to grand strategy publisher Paradox in 2015. "We're starting to create it now. We started two weeks ago," he adds. 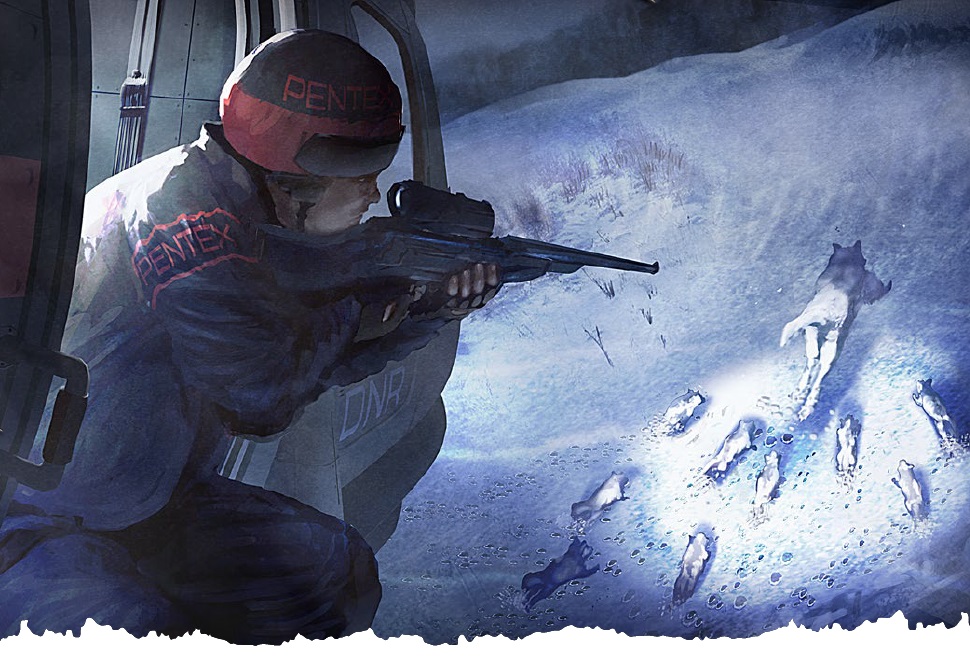 There have been a few attempts to create games based on Werewolf: The Apocalypse before, most noticeably MMO Heart of Gaia from Dreamforge, but the company went bust. "I worked on the MMO during the age of MMO death," laughs Ericsson. "We watched in horror as Knights of the Old Republic collapsed, and others, so that was basically it for that project. Nobody would support content-heavy MMOs at that time." It's fair to say the World of Darkness RPGs reached their peak in the 1990s with spin-offs and what we'd now call transmedia if we were all overpaid marketing consultants. But since then, apart from a reprinting of the classic rules, it's only nostalgia that's kept it alive.

But with money and support from Paradox and Focus, Ericsson thinks the time is right to bring it back. Fantasy, sci-fi and superhero brands are everyday now rather than pushed into late night schedules with peanut budgets. "We hope that with the mainstream adopting geek methodology we still have a few tricks up our sleeve," says Ericsson. "Primarily, we're not afraid to talk about real shit in Werewolf: The Apocalypse and Vampire The Masquerade. Our vampires have always been embedded in politics and big business and class struggle. And our werewolves are nature's vengeance. They are what happens if you fuck with the ecosystem."

This is Ericsson at his most animated, when discussing the state of politics in 2017 and how it can be reflected through games. Essentially the game will focus on werewolf tribes. The Red Talons want to mercilessly cull humans in return for years of persecution. The Glasswalkers believe it's time to work with humanity and technology to progress to a better future. The nation is split and tribes are coming to blows.

"What have been the consequences of the war on terror, the war on reality, how do all these thing play into the World of Darkness? That's what I spend a lot of my time working on. The tagline of Werewolf: The Apocalypse is When Will You Rage? I can't really think of a better time than right now to ask that question. This game allows you that fantasy of turning into a three meter tall creature of vengeance that can actually do shit about the world. But also but also ask the sobering question; what is the price of change through violence?" 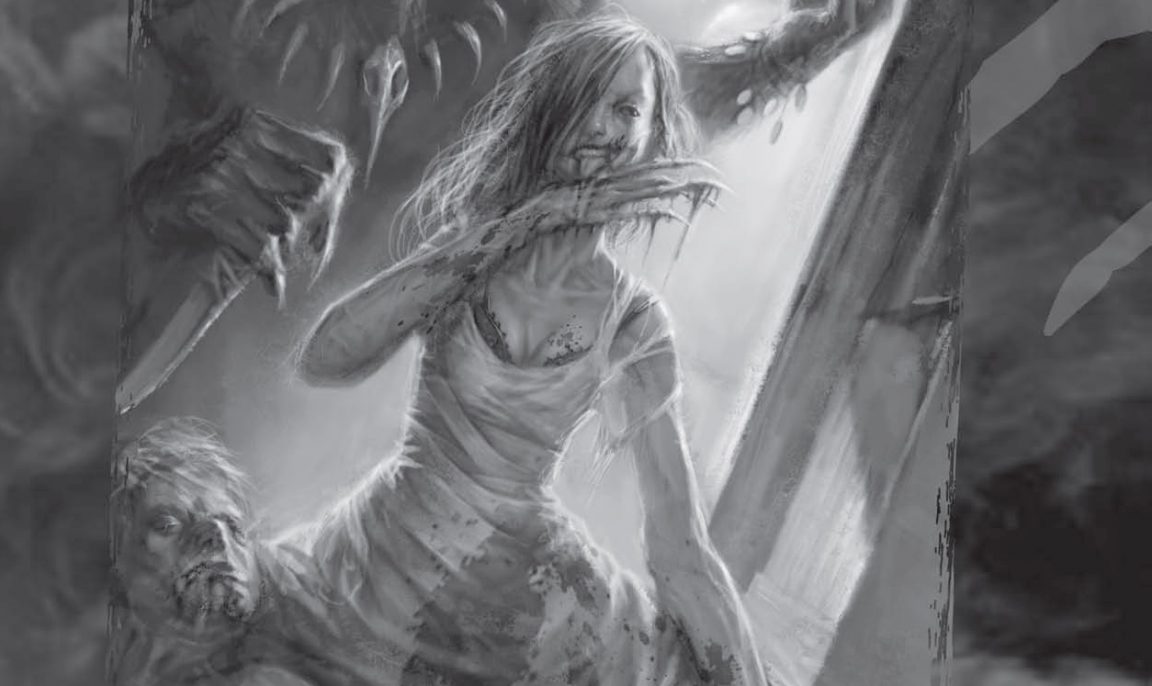 It's a good question, but it could been seen as corny if it's not presented right. But in a games market that barely reflects real-world situations in any format, it's something we should probably be getting behind.

"What have been the consequences of the war on terror, the war on reality? This game allows you that fantasy of turning into a three meter tall creature of vengeance, but also but also ask the sobering question; what is the price of change through violence?"

"It's a question we need to ask ourselves right now," says Ericsson. "We're having those discussions - is it right to punch a Nazi? We want to do something that plays to that gratuitous violence - tear the shit out of 'em. But the werewolf myth is also about waking up covered in the blood of your best friend. 'I killed the HR department rather than the executive group'. What's the sobering reflection, the price of doing this?"

"It's a very good time for using the monster as metaphor in this way and we stand out from a lot of other brands by not being afraid to talk about the real world and asking big questions," he says. "Some brands are fantasies where you really want to escape into a safe world with no challenge, and that's great. But it's like a comfort blanket.

"Werewolf is more about processing the shit that's going on. Finally games are in a state where we can tell these mature stories without having to be safe. We're grown up, sophisticated, we have really good storytellers. We maybe want to strike the middle ground by using the monster as a way of telling these stories through a lens in the same way vampire stories deal with issues of sexuality and class and oppression without directly going there through the metaphor of bloodsucking." 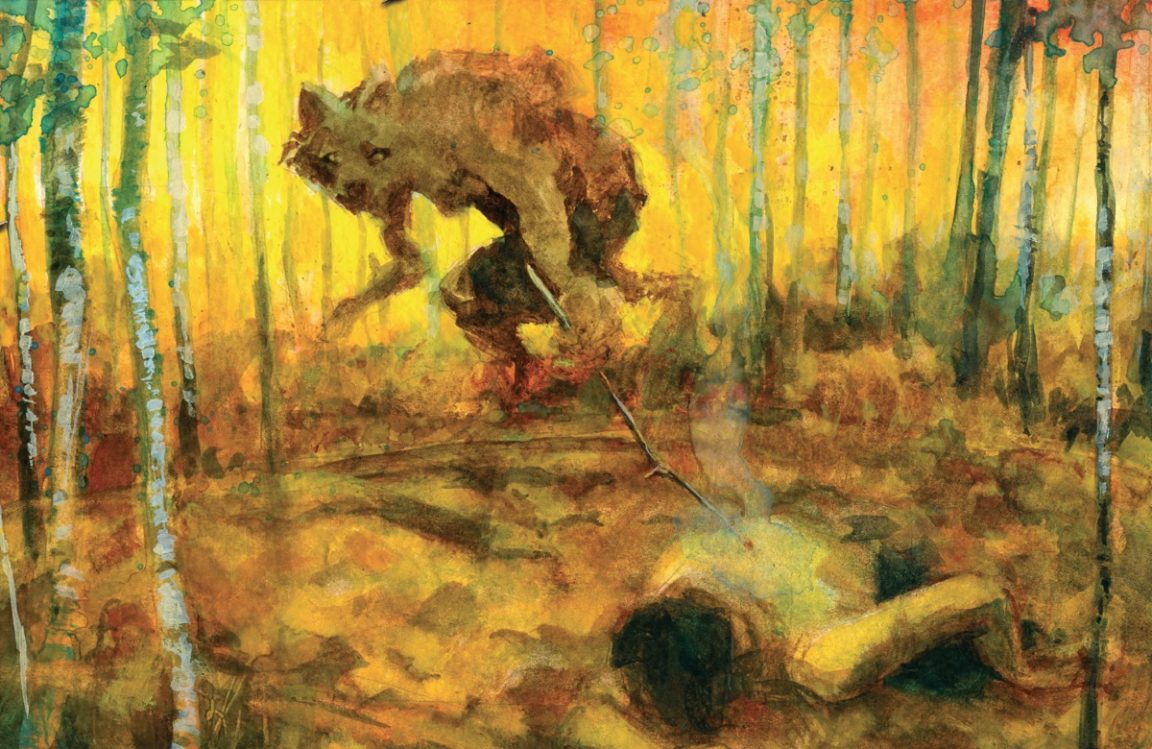 All this is noble enough but the reality check is this game doesn't really exist yet. But the ideas for its basic mechanics seems to be falling into place, and they should sound familiar to fans of role-playing games.

"It's primarily an action RPG," reveals Ericsson. "This is the most action heavy of all the World of Darkness games. It makes sense that it's a visceral, brutal, close-combat-centric game.

"What's on the table in terms of balance discussions is the difference between wisdom and anger, gnosis and rage. These are the stats of the game. The werewolves are shamanistic people. They speak to the spirits of nature, that's how they get their powers, by negotiating with the spirits. They work like we did when we lived alongside nature. On the flipside you have rage, pure anger. But can you keep it under control or will you pop the head off your best human friend? I don't see that as a light side/dark side, paragon/renegade mechanic, because it has much deeper gameplay progressions. If there is one core system we want, it's that."

And that's really it at this point. An ambitious collection of ideas; werewolves and vampires as political heroes and villains, a way of making a nostalgic pen and paper RPG relevant again. How many years that will take, and how it will reflect a world which seems to be thundering towards its own political apocalypse, is all bubbling away in Ericsson's head at this point.

This interview took place at Focus Interactive's showcase event in Paris. Accommodation and travel were paid for by Focus. Artwork featured is "pre-concept" and supplied by White Wolf.