The nearest thing you'll get to a new Chrono Trigger. 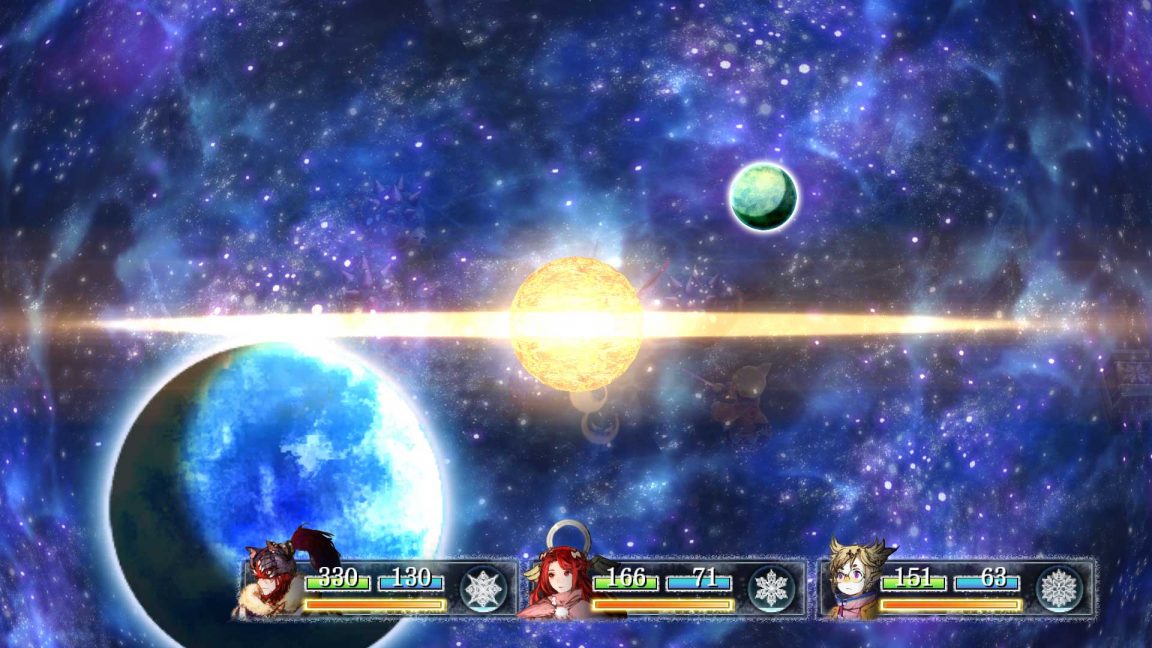 "The game that the company seems keenest to evoke when talking about I Am Setsuna is Chrono Trigger. That's either extremely brave, blasphemous, or both."

It pains me to admit, but Square Enix's Japanese development business has had a rough decade or so. The saga of Final Fantasy XIII was divisive at best, and the long, meandering journey Final Fantasy XV has taken from Versus XIII on has seen the game change significantly. Even now, close to release, it swings back and forth between looking brilliant and looking rather rough so quickly it's given fans whiplash.

One hopes that the publisher's big-budget Japanese RPGs find their way back to the top, but something good has come of the struggles: the founding of Tokyo RPG factory, a development studio meant to return to the genre's roots. What happens when a multi-million-dollar company does some soul searching? A project like I Am Setsuna is the answer.

"It was about two years ago..." I Am Setsuna's technical director Usuke Kumagai begins, displaying something of a flair for storytelling even beyond the obvious nerves of somebody who hasn't done too many press interviews about to face a gauntlet of them at E3. 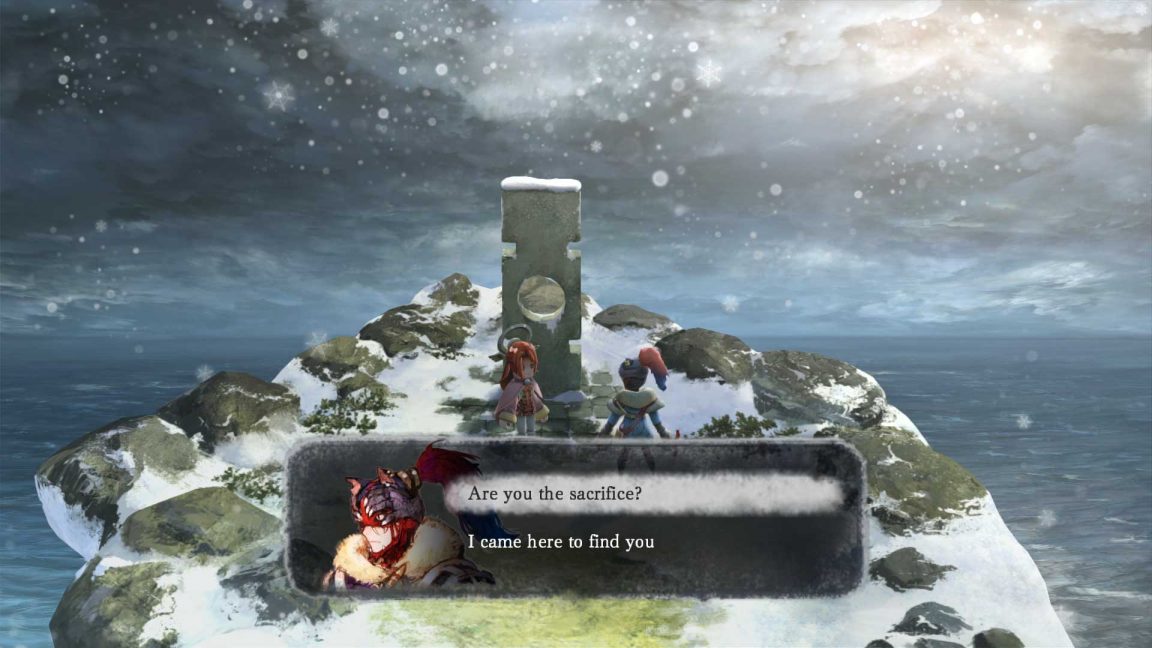 "Mr. Matsuda, the CEO of Square Enix, he saw some success stories of JRPG-style games made by Western indie developers that were having a big success in the Western market," he explains. "The thought process was then... that we couldn't find much of that kind of product in Japan, or inside Square Enix. Mr. Matsuda thought: why shouldn't we do this? That's how it started. At that point he started some brainstorming about what we could do; he gathered a lot of ideas... and this was one of them."

The concept behind I Am Setsuna is simple. What if Square Enix made an old-fashioned RPG again? The game that the company seems keenest to evoke when talking about I Am Setsuna is Chrono Trigger, a game which I regard as the company's finest, Final Fantasies be damned. Anybody who knows their stuff when it comes to Japanese games will find that an impressive claim. It's either extremely brave, blasphemous, or both, but it's impressive nonetheless.

"The development team members - we're all in love with the Japanese RPG golden era," Kumagai says, keen to point out nothing but admiration is intended with the comparison.

"What we did was look at what made us so moved back then. We thought if we looked closely, we might be able to recreate that. The end result is this game." 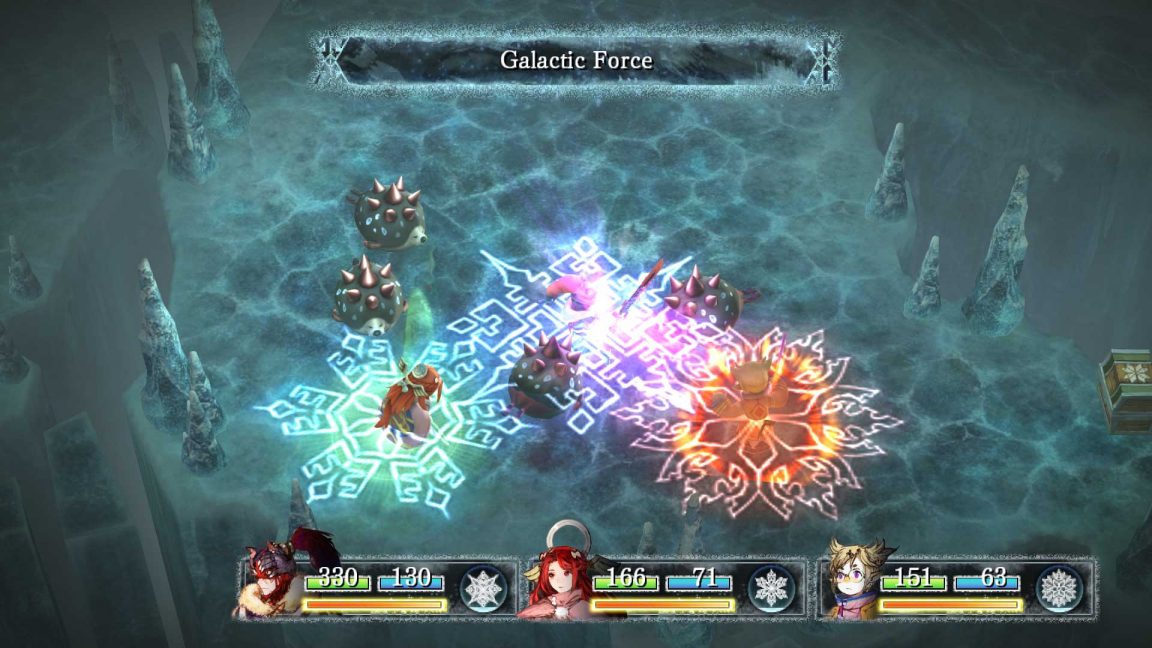 It's a gorgeous looking thing. It's surprisingly built on Unity, and at a glance could easily be mistaken for an independently-made JRPG tribute. That's sort of the point, though. There's the fixed camera angle, the chibi characters that are of course in this day and age 3D models but evocative of the finest 16-bit sprite tradition. There's a minimalist approach to the design that speaks of the constraints of the good old days, when system power and cartridge size was a much larger concern.

It's difficult to talk about Setsuna without simply saying it's a modern take on Chrono Trigger, but that's not a lazy shortcut; it really is. The way you slip into battle without a transition feels like Chrono Trigger; many of the abilities look like they're straight from that classic too. The combat strips back some of the bells and whistles from more modern JRPG outings and goes with the tried-and-true classics, and though a noisy event is never the place to get best hands-on with a lengthy RPG, leave alone one this subdued, it looks to do so well.

Setsuna obviously has its own identity beyond Chrono Trigger, of course. Key to this is the game's tone and beyond that, its name. In truth, these two things are intrinsically linked, as Kumagai explains.

"The Setsuna in the name is from the Japanese special expression 'Setsunasa'. Setsunasa is kind of wistful sorrow, but there's no direct translation word in English. In this sense setsunasa is a very special Japanese feeling, and as such it can be really difficult to explain. The story of I Am Setsuna is designed to be an expression of that wording; rather than explain what setsunasa means, the challenge for development was to somehow explain setsunasa through the game. To make it so that players would understand the meaning of the word through the game." 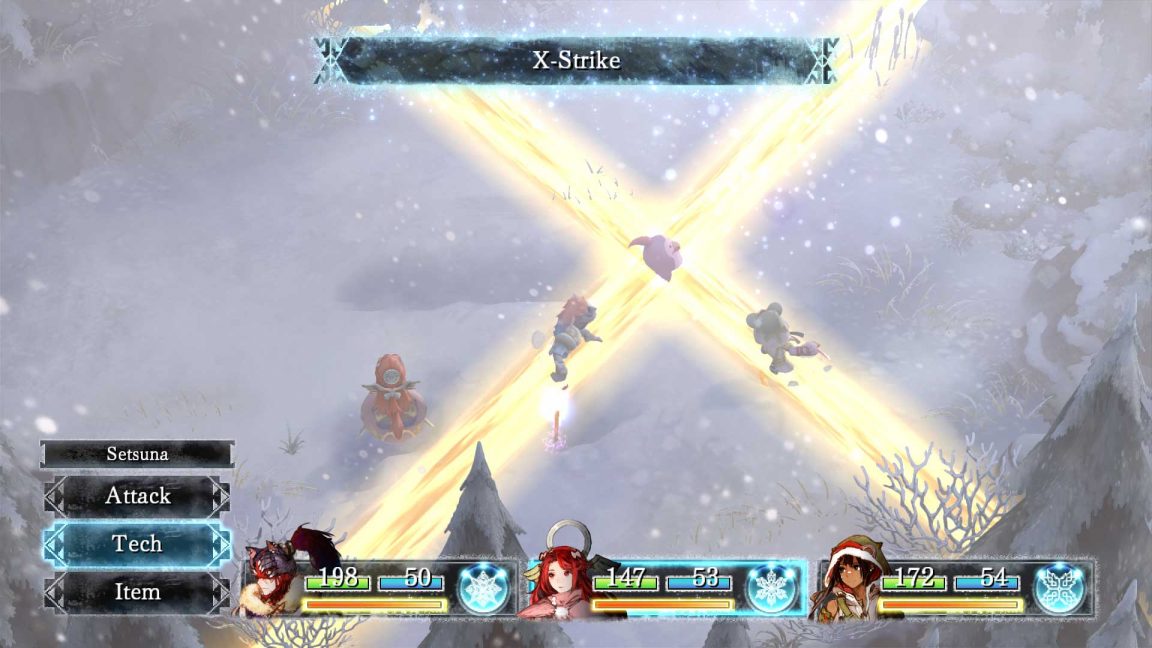 This is something Kumagai is clearly very passionate about, and he speaks on this point with more detail than any other. He goes into detail explaining how he feels the greatest advantage of the RPG genre is to reach out and touch players to cause an emotional response. It's something that's penetrated this game to its very Chrono Trigger-inspired core, and offers it a very different tone compared to Chrono's wistful time-travelling adventures.

"We had a very big concept, to make an RPG that could reach out to the user, to their feelings, to their heart," says Kumagai. "That was our biggest goal. How we express that concept is what we spent a lot of our time discussing. It was a very difficult question."

"There's a minimalist approach to the design that speaks of the constraints of the good old days, when system power and cartridge size was a much larger concern."

Key to the answer to that question is the idea of handing off to the user. Modern RPGs, Kumagai argues, rely on telling movie-like stories by handing everything to the player on a plate. "We don't do that," he adds.

"It's not photorealistic, it's not voiced. By leaving these things out, we actually leave space for imagination to flourish. You, I, another user, we might be looking at the same screen, but depending on the user, what you get from it can be quite different. The impression the game makes can vary. This is that kind of game. We want you to play and draw your own ending, your own conclusions, your own feelings."

Some of the resulting choices around this end up being my favourite part of my hands-on experience with I Am Setsuna. In order to depict some of the quiet, beautiful sorrow suggested by the Japanese term, the entire world is always blanketed in snow, the cutesy characters leaving footprints in their wake. There's a lovely choice around the soundtrack too. It's entirely piano, with even the battle themes only comprised of that lone instrument.

There's something about this stripped-back nature that really appeals. In some respects, such as the fact that it only spans between 20 and 30 hours, this might backfire a bit. Like Star Ocean 5 I can see this game coming in for criticism for being too short. But even its length is by design. Sometimes less can be more, and I Am Setsuna looks like a very confident first take on returning to that type of formula.

"We, the development team, we really want everyone to play and complete the game," Kumagai says of its running time. "Without completing it, there's no way to learn the meaning behind it. That's part of why we decided to make a shorter experience." 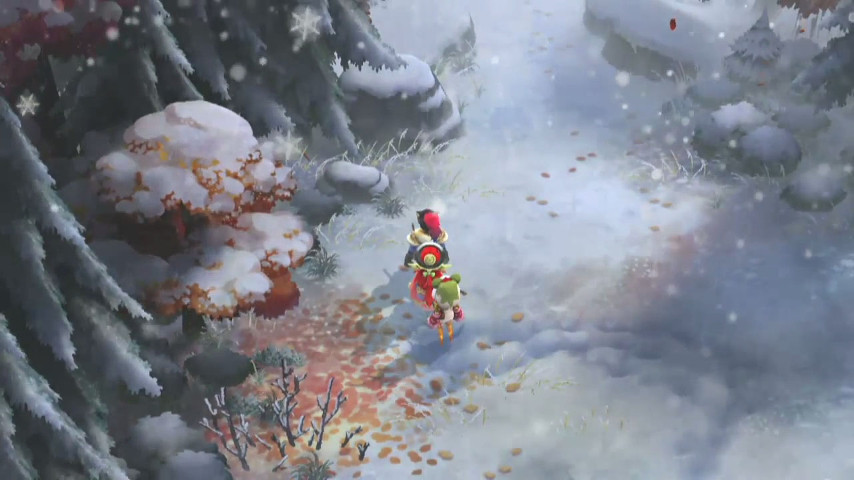 It's here that we loop back around, back to that artistic intention to try to demonstrate the meaning of the term Setsunasa to players. To evoke that emotion of wistful sorrow through the game and its narrative. It's here that the passion of Kumagai and the team at the Tokyo RPG Factory is most palpable, something which makes the game boundlessly attractive, a far cry from heavily focus-tested products meant to appeal to everyone in every region. Something common now, but often an afterthought in the golden age of the JRPG.

"I really want users to complete this game," he reiterates. "Along the way, you'll hopefully create your own version of the game with your own versions of the characters in your head. When players complete the game, hopefully through our efforts they will be able to find their own version of setsunasa, the feeling. Hopefully at the end you'll really understand what Setsunasa means in Japan."