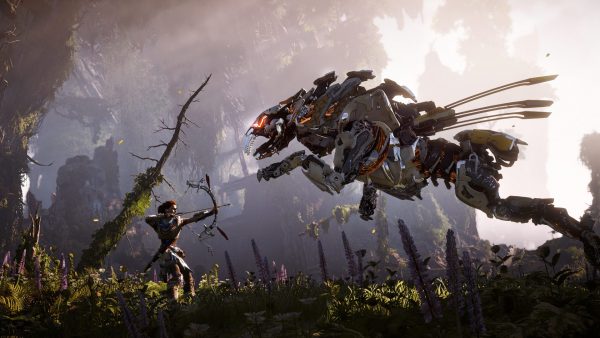 Before the launch of Horizon Zero Dawn, developer Guerrilla Games promised to include a performance mode in the game's day one patch. This patch, or more accurately patches, are now available.

Although PS4 Pro owners now have the choice of either favouring resolution or performance, the results are not quite what you'd expect. Digital Foundry tested the mode and found out that it doesn't actually unlock the frame-rate, which is what many expected.

Of course, the developer never promised unlocked frame-rate in the first place, but with the game running as stable as it is already, fans thought Guerrilla would follow in the footsteps of other developers who also offered similar patches for their games.

When activating performance mode, the resolution maxes out at 1080p, freeing up more GPU room to allow the frame-rate to be as smooth as possible. The site reports that although frame-rates are now smoother in some instances, it's barely noticeable thanks to the game's already solid 30fps performance.

Favouring performance also means the game will look worse on 4K TVs, thanks to the removal of SSAA. Instead, the site recommends you stick with the standard presentation, since the visual benefits in this case outweigh the minor performance bump.