Horizon Zero Dawn is a pleasure to play to 100% completion, every step of the way. How did Guerrilla achieve this remarkable feat? 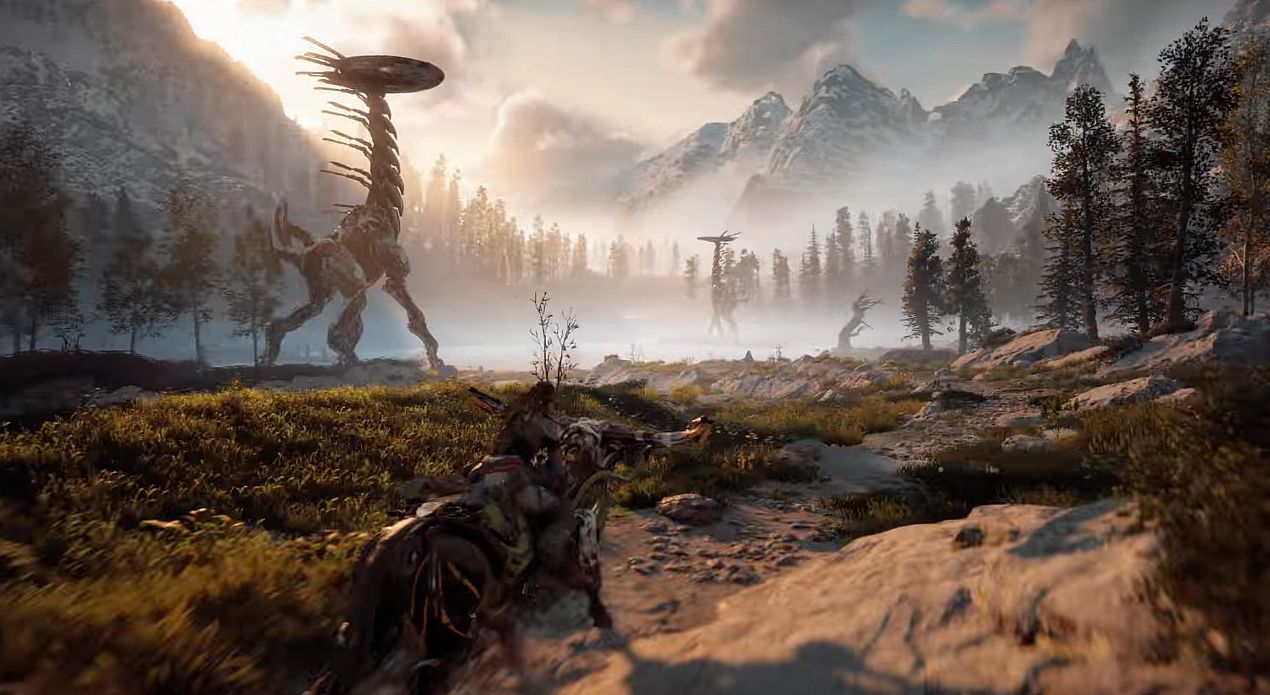 Horizon Zero Dawn is one of the few open world game to respect the player's time and energy.

As touched on in our Horizon Zero Dawn review, side content is carefully laid out around hubs to reduce backtracking; optional quests take you on tours of environments you might otherwise miss; and when you do step off the beaten path, it's usually rewarding in some way - narratively or mechanically or both.

"Either we’re going to spend another couple of months and really try to get this up here, or we’ll just cut it. We don’t want something to be in there that’s mediocre."

This makes Horizon Zero Dawn a refreshing antidote to open world fatigue, and according to senior producer Joel Eschler, Guerrilla Games made a conscious effort to avoid checklist-style gameplay.

"It’s definitely something we were aware of," he told me at a Horizon Zero Dawn pre-launch event in Sydney last week.

Eschler made a series of gestures indicating multiple levels of content. "We didn’t want to have this: amazing, really good, crappy," he said, waving a hand well below the other levels.

"If we were working on something and it wasn’t working, we didn’t like it internally or it was going to be too expensive to make right or the playtests were saying that it wasn’t working, then we looked at it really hard and decided, okay, either we’re going to spend another couple of months and really try to get this up here, or we’ll just cut it. We don’t want something to be in there that’s mediocre."

Even so, Horizon Zero Dawn makes clear distinctions between main and side content - and that's one of the reasons Eschler believes it works so well.

"We have our varying tiers of quests. We have our main Aloy progression story which is our big main path that everyone who finishes the game will see. We have teams dedicated to that," he said.

"And then we have other teams dedicated to the side activities like the Hunting Grounds, which are tests of skills. And they were really, really heavily designed between quest designers, artists, the designers that built the robots, to highlight the skills of the robots and to give you the chance to become really, really expert at hunting them."

"We have teams dedicated to the side activities, and they were really, really heavily designed between quest designers, artists and the designers that built the robots."

Also of note are the Cauldrons, which Eschler described as "pure gameplay" tests of both combat and traversal as well as a chance to understand more about the origins of the machines. Other open world content includes bandit camp take overs, a modest collection of viewpoints and collectibles - but Horizon Zero Dawn also features traditional narrative-driven side quests.

"Then we have other quests, which are kind of side quests and lower in tier than the main story, but we really tried to make these more personal by telling individual stories of people who live in the world," Eschler said. 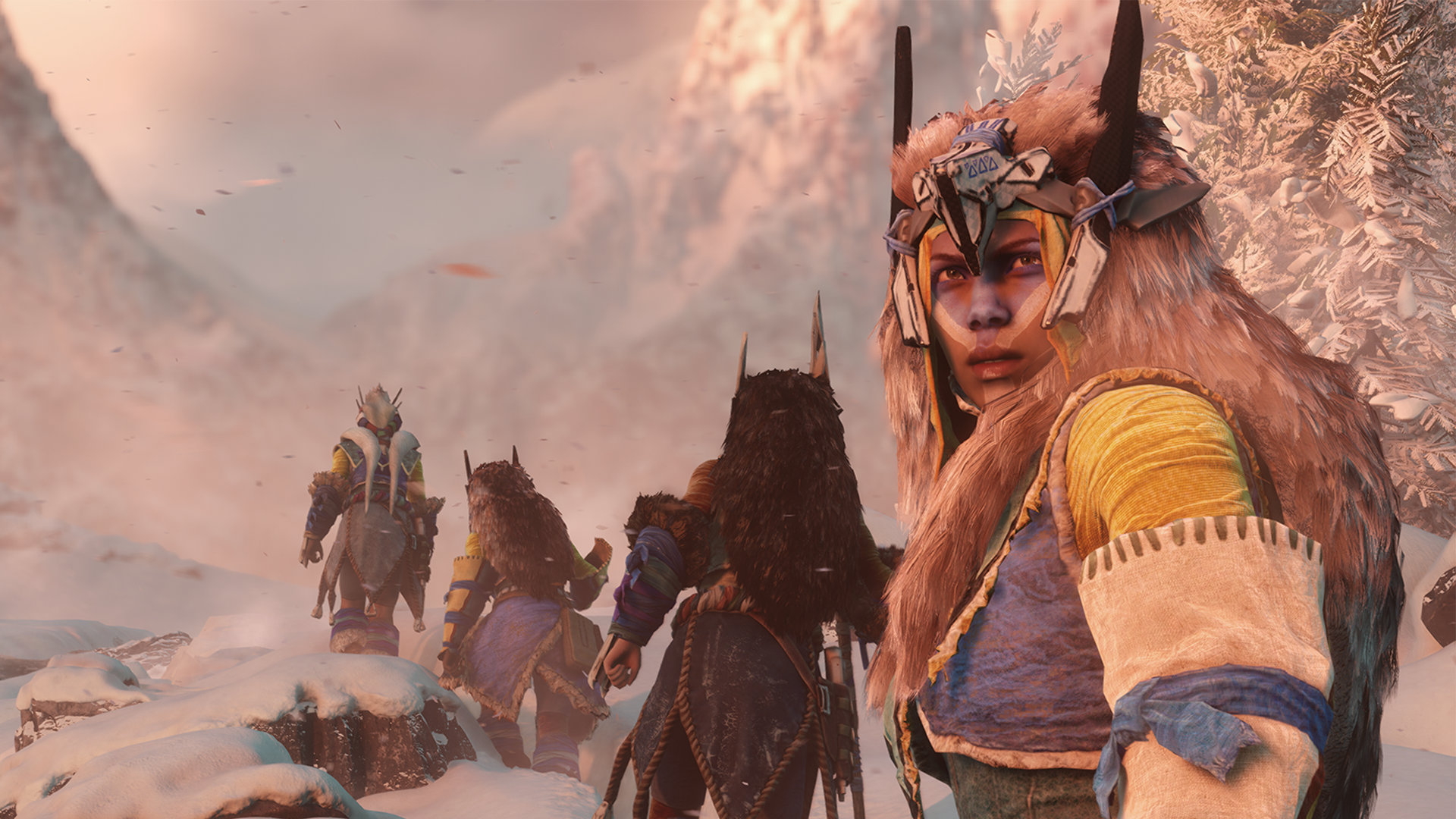 "We spent a lot of time doing the world building and building up the lore, so we could have these side stories that don’t necessarily impact the big overarching narrative, but still impactful to these individuals. We wanted it to feel like a real, living world."

These are also noteworthy, presenting an array of colourful characters that make Horizon Zero Dawn especially memorable. Eschler's comments about making the stories fit into a "real, living world" aren't just PR waffling, either: Guerrilla has worked hard to make good on this promise.

In one particularly noteworthy example, I elected to follow an NPC at the end of a quest to see whether they reverted to a generic face in the crowd, as in so many games - and instead discovered a permanent change in their behaviour and some unique ambient dialogue. Since the quest has completed and there's no objective to find out what happens next, most players won't even see this scene, but its existence makes the quest feel meaningful and consequential.

This sort of thing is possible because Guerrilla divided its forces on Horizon Zero Dawn, Eschler said.

"We have these multiple teams that are focused on making [one] particular part of it as awesome as possible rather than spreading the team thin spending time here and there and there," he said.