Revered game designer Hideo Kojima recently said that he was stung by "at least 10 bees all at once" while working as a live-in gardener during university.

Kojima recently shared a tweet published by the official Kojima Productions Twitter account, which has been posting a list of anecdotes from the veteran game designer titled "Hideo's musings." One such musing described some of the odd jobs Kojima used to do in order to earn some money during university.

His first part-time job involved filming wedding ceremonies. He reckons that taught him what it was like to be, in his words, a "salary worker," knocking about looking all dapper in a suit and tie.

He also worked as a live-in gardener during the holidays, though, in order to make an extra few quid. "I learned not only how to plant, but also how to design a garden, where to put a bamboo fence, how to organize rocks," Kojima said. 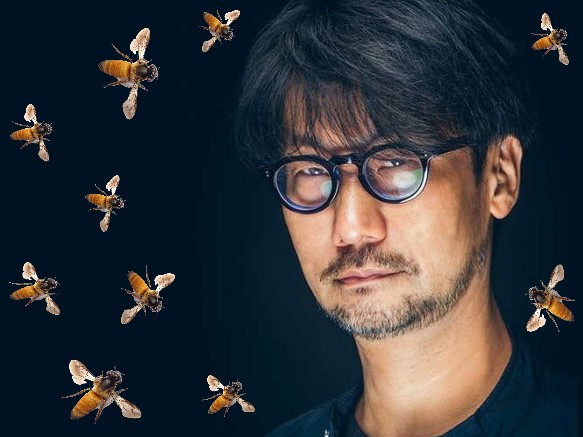 Aside from getting a whack of 10 bee stingers, Kojima got lacquer poisoning and fell out of a tree. He didn't elaborate on the former, but the story of the latter highlights the fact that it wasn't really his fault. You see, his boss told him he was never allowed to decline anything, be it food, an invitation, whatever. It was rude, and his job was to be a yes man.

So one time he had a few beers with a client and, understandably, fell out of a tree. Another time he chucked his packed lunch into a ditch because a client offered him food and he wanted to be polite.

Kojima reckons these jobs helped him to get to the stage of "game creation [he does] today." I don't know about you, but something about getting stung by 10 bees and having whales flying around beaches-but-not-beaches while war-man Mads Mikkelsen teleports around with a crew of skeletons seems to add up.