We speak to Avalanche Games about its upcoming top-down shooter Renegade Ops on fun, over-the-top action, next-gen hardware and if it will ever return to Just Cause. 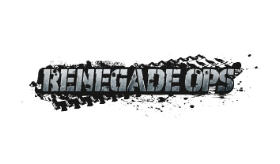 Being developed in Sweden by Avalanche Studios.

Co-op based, twin-stick shooter affair, which sees you trying to stop Inferno from destroying the world.

Releases this summer for PSN, XBLA and PC.

Avalanche Studios delighted many with Just Cause 2's return to anarchy last year, and, having sold 1.4 million units as of last July, the Swedish team is now hard at work on its next game: a co-op shooter known as Renegade Ops, to be published by Sega for PSN, Xbox Live Arcade and PC this summer.

Going by the first video released earlier this week, the downloadable title maintains the over-the-top action its next-gen big brother is famed for.

"The first design document we created for the project had the words 'over-the-top Hollywood action' and 'lots of explosions' at the top of the first page," says game director Axel Lindberg.

"The challenge for us was to provide an experience that feels crazy and over-the-top, but without turning the game into a mindless shooter with no real challenges.

"We want players to have interesting choices to make, and have put a lot of effort into balancing the 'crazy' with mechanics that allow for a degree of depth in gameplay, so people hopefully will enjoy playing it again and again."

Renegade Ops' concept came about when Avalanche played around with Just Cause 2 in a top-down format. Needless to say, it worked.

"We wanted to create an IP that breathed the same sense of nostalgia the top-down game mechanics create for us."

"It played surprisingly well," Lindberg adds, "and looked absolutely amazing. So we all agreed – this is definitely a game we should make."

As for the IP itself is very much 80s action.

"We wanted to create an IP that breathed the same sense of nostalgia the top-down game mechanics create for us. Every aspect of the game as a whole is very nostalgia-driven. Nostalgic - but with modernized mechanics, design and technology."

The game's inspired by old-schoolers like Metroid, but a more modern take on bite-sized action really steered the way.

"Shadow Complex was definitely a big source of inspiration to us. We love the old-school SNES and NES Metroid games that the Shadow Complex gameplay is based on," says Lindberg.

"The games from that era done today, with the technology we have access to now, is something that really gets us old-school gamers going. So we have actually been looking to games from 'back then' mostly while developing Renegade Ops. Games like Jackal, Desert strike, and Cannon Fodder."

Renegade Ops' campaign sees you traveling to a number of exotic locations around the globe, where - naturally - you're going to blow everything up. The key term for the game, according to Lindberg, is "fun."

The game's only teaser so far, released earlier
this week.

"The Renegade Ops story will unfold via 2D comic panels and dialogues that pop up on screen," he says.

"The story is an important way for us to show our political stand poi... just kidding. It’s all about over-the-top action and blowing stuff up in a fictional modern-day world. It’s all about the fun."

This'll be Avalanche's first ever digitally distributed title, and it's been a long time coming. According to senior producer Andreas Thorsén, though, the studio isn't going to be leaving retail anytime soon.

"The idea of doing a digital title is something we’ve been thinking about for a long time. We’ve felt the game we wanted to play ourselves was missing from the digital space. A top-down arcade vehicle shooter with high production values," says Thorsén.

"So we created the concept for Renegade Ops and showed it to Sega and it turned out they had similar thoughts. Our strategy is all about doing fun action games with the highest of production values and we’ll continue to execute that in both digital and retail spaces."

"The first design document we created for the project had the words 'over-the-top Hollywood action' and 'lots of explosions' at the top of the first page."

Having taken a new direction with digital, then, what about new tech? What about Move and Kinect? Do the new ideas extend beyond the delivery method? Thorsén says the studio's looked at motion, but doesn't feel it's mature enough right now.

"Even though I can’t see us do a title specifically tailored for these peripherals we definitely have game mechanics in some projects that could be a very good fit," he says.

"I think I’d prefer to see new console hardware though. We always want to do more of everything, and our tech is certainly ready to push more pixels."

Thorsén adds that Renegade Ops "would look great in 3D."

"It has so much depth in its top-down camera and many layers of different heights in the terrain," he added.

There are obvious other possibilities for the game. On the subject of NGP, Thorsén says it "looks like a very powerful machine and is equipped with dual analog sticks which would fit our game very well."

What's to come from Avalanche after Renegade Ops? Its been rumoured its working on Fury Road, a game adaptation of Mad Max 4 with God of War II director Cory Barlog. There's also RPG strategy title AionGuard, which was canceled last February, although there is the hope that Avalanche will return to it one day.

But of course, we can't leave without asking one final thing: are we going to see a Just Cause 3 anytime soon?

"Judging by the amount of positive feedback we still receive for JC2 I wouldn’t be surprised," says Thorsén, referring to comments made by studio boss Christofer Sundberg after the release of the last game.

"I’m not able to confirm anything about a new game, but we love the IP and would love to return to it again."

Renegade Ops releases this summer for PSN, XBLA and PC.