A garnet red PS3 system is coming to North America as part of a limited edition God of War: Ascension Legacy Bundle containing all games in the series, Sony has announced.

It's also sporting Kratos' tattoo, comes with a 500GB HDD, and a 30-day Plus membership.

“We’re excited to introduce this stunning Garnet Red PS3 that pays homage to one of the best franchises ever launched on PlayStation platforms,” said John Koller, VP of platforms marketing, SCEA. “We wanted to give our fans a complete collection of the series in this bundle so they can relive nostalgic memories of their first God of War adventure or experience the adventure for the first time if they are new to the series.”

The God of War franchise has sold over 21 million units worldwide since the first title was released in 2005. 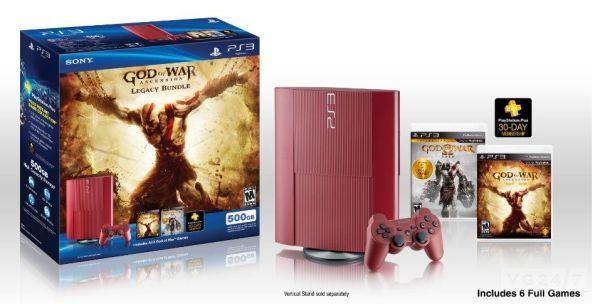