Genesis Alpha One is in early days, but it has a lot of promise.

The words procedurally generated survival game have rather lost their sheen for me over the last few years. It's not that the genre is inherently rubbish or anything - it's just that, man, there's a lot of them. Mention that it's set in space as well and the first thought will no doubt be the over-hyped and botched launch of No Man's Sky - but in corners of the industry independent developers are working away on some pretty interesting twists on that basic concept.

A couple of weeks ago I got to see one such game, Genesis Alpha One. It's exactly what's described above: planet Earth is no longer livable, and corporations (because of course governments are useless) have taken charge, sending ships to space to find new homes for humanity to colonize and expand on. The galaxy you find yourself in is procedurally generated, and you're cast as the captain of a ship of your own (the titular Genesis) and set out on your mission.

What follows is sort of part No Mans Sky, yes, but it also has elements that remind of other games. There's a little bit of XCOM, and a roguelike style mechanic where your entire ship is populated by clones, where when you die you'll take up the next most senior clone who is in all senses identical to the character you controlled previously.

That last system is one of the most intriguing ones, since your ship can be equipped with a cloning chambers area that can be used to create new clones. In a sense this is your way of gaining 'extra lives' in typical video game fashion, but there's more to it here than that. DNA is a major resource in Genesis Alpha One, meaning that it can be gathered off aliens and the like.

Take this to the cloning bay and you can begin to do stuff like merge alien DNA with human DNA to create all-new species of clone for your ship, and in a true roguelike fashion new species you create will have their own unique abilities. The game is designed to be played more than once, and on subsequent sessions you might find yourself with access to more kinds of DNA and thus different kinds of characters and abilities. Appearances adjust in line with all this, too.

The cloning facilities are gained like any other, by adding on to your ship. The ship is basically modular, with parts snapping together in a menu and then immediately rendered in real time for you to walk around in a first-person perspective. The structure of your ship becomes vital for a few reasons - for one, putting rooms that make sense close together will save you time, but there's also the matter of combat, which I'll touch on in just a second.

"The modular, snappy ship construction system is fun to play around with, and yes, if you're as puerile as me you can indeed immediately shoot to create a ship with a vaguely phallic shape."

The modular, snappy ship construction system is fun to play around with, and yes, if you're as puerile as me you can indeed immediately shoot to create a ship with a vaguely phallic shape. There don't seem to be any hard construction limits beyond what your resources allow, and resources can always be found. That's good stuff.

I'm quite a fan of the way the ship is designed and its deliberately low-tech computer systems as well as the very simple oxygen-creating solution of a little botanical garden in the ship, which reminds me of a Doctor Who episode - always a good thing. There's even lovely colour-editing stuff, so you can make the corridors of your ship crisp, clinical white or you can do what I did in my brief hands-on and make them, er, pink and orange. It's up to you.

The demo I played was limited in scope, and I'm not fully clear just how deep the game will go (supposedly you will indeed leave your ship in person in the final thing), but one core gameplay loop was present in its entirety: mining. Expanding your ship will require resources, and to get those resources, of which there are many kinds, you'll need to mine. You direct drones and the like to mine for you through wonderfully low-res, old-school monitors on the ship. At this point a ship flies from your cargo bay to do its work, and then returns. When a ship returns, you might face a threat: unfriendly aliens may have hitched a ride back to the ship.

These aliens vary from insect-like scramblers to more humanoid threats, and you'll have access to guns, turrets and other weapons that can be used to take them down. The aliens can kill you, but they'll also go for your helpless, precious clones, who are useless in combat when you're not controlling them directly. You can pick up DNA from the killed boarders, which is handy, but you also need to be careful: the smaller beasts will head into the corridors and crawl spaces of your modular, custom-built ship and try to nest. The FPS combat is clunky as you'd expect for a game with this sort of focus on myriad features, though hopefully it can be expanded on in a final release. 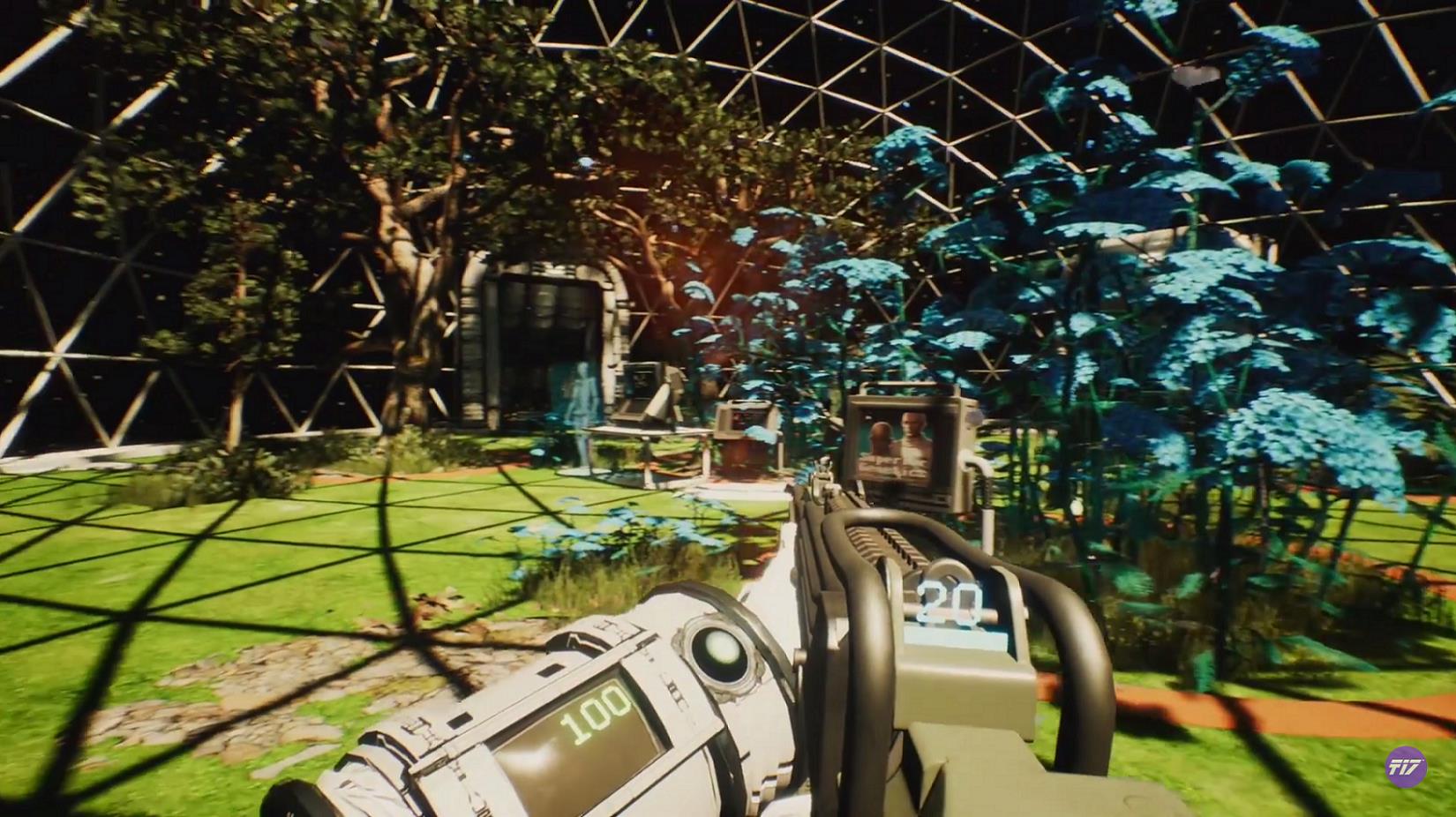 "In spite of the clunky gunplay it actually all really gets a bit tense when you're crawling in the air vents hunting down aliens."

This basic loop of collecting resources and alien DNA in order to expand is key, however, and that will then feed back into your core mission of finding and colonizing planets. You're likely to eventually be overrun, but as mentioned earlier Genesis Alpha One is being designed with multiple runs in mind.

In spite of the clunky gunplay it actually all really gets a bit tense when you're crawling in the air vents hunting down aliens, and that's just in this limited demo setting, set entirely on the ship. The game could really take a special turn if it expands in the right directions.

Genesis Alpha One seemed like it was in very early days when I played it, but it scratched the right itches. I do like survival and exploration, I do like roguelikes, and I do like space. I've had bad experiences with all three in the last year or so, but this looks like a strong reminder that the three can add up to a really compelling experience. I'm looking forward to seeing where this one goes.

Genesis Alpha One will be at EGX this year, if you happen to be going. That's what prompted me to finally write up this preview weeks after my hands-on, in fact. It'll be with the Team 17 stuff, and is well worth a look.