Somewhere between helping my crew beam vital resources on board and going planetside to locate some new technology for my starship, the USS Goldhawk was boarded by a group of dangerous aliens. They killed all of my crew except for my faithful bridge officer, Steve, so we barricaded ourselves in the bridge with a turret. Things went from bad to worse, and my ship was so badly damaged that it exploded and we suffocated to death.

Genesis Alpha One is a complicated mix of resource gathering, exploration and base building, with a dash of survival and roguelike shooter mechanics thrown in. Created by Radiation Blue and published by Team 17, Genesis Alpha One throws you into almost constant peril; you're caught between too few resources to do anything properly, being hunted to death by aliens, and realising you’d make a pretty crap ship architect. 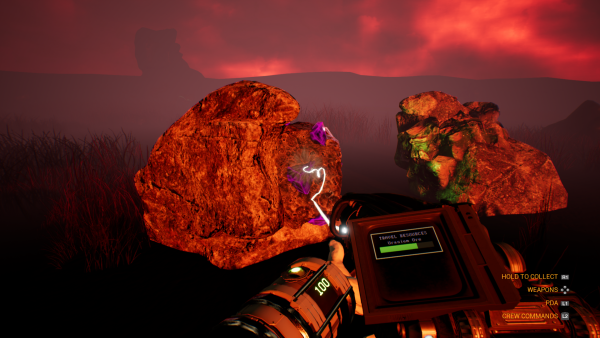 You play as the captain of a vessel on the search for a new Earth, a Genesis planet, as our homeworld was ravaged by wars and overexploitation of resources. You must build and manage a spaceship in order to gather resources and explore procedurally generated worlds in search of new technology. You’ll also need to defend your ship and its crew from invading aliens and infestations from weird space creatures that can and will destroy your ship.

There isn’t much in the way of handholding in Genesis Alpha One. The PDA gives you basic guidance around the function of each room, how to heal yourself and the like, but the rest is trial and error. At first, it’s a bit overwhelming and feels a little directionless, but as you find more resources, clone more Steves and discover new races, things fall into place quite quickly.

Your crew is made up of human clones and as you discover new aliens, you can splice with other species in order to save humanity’s DNA. Combine humans with a Rok, for example, and you’ll create a hardy crew member who perhaps isn’t the brightest. You can also research abilities that will give your crew members an edge in combat, such as Hurt Touch, or create a crew member with higher intelligence or immunity against space flu. 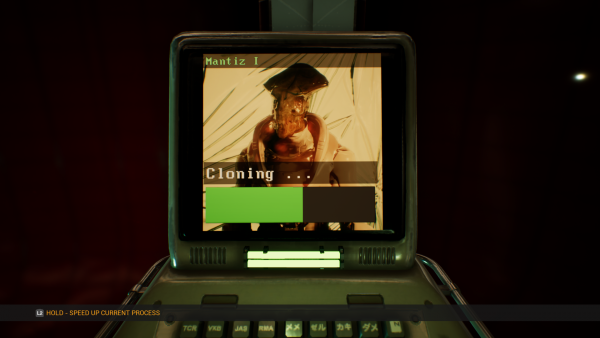 Much like other resource-gathering, exploration-based games, Genesis Alpha One takes a few tries before you figure out how each mechanic works with the other, how to prioritise tasks and, most important, how to best defend your ship. The search areas on each planet are limited, so you’ll need to work fast to find a technology site, gather your resources and kill enemies for their biomass. You’re able to use your resource gathering tool for as long as you want, which makes the process a little faster and less laborious than in No Man’s Sky.

The more you play - or rather, the more you fail - the more resources will be available to you at the beginning of a new game, meaning you’ll do far better in your next playthrough. Once you figure out how best to allocate your resources, what materials you need to build specific items or new ship components, and that you should absolutely visit every planet with a marked Site, Genesis Alpha One is a breeze.

Sites often reveal new technologies and weapons. Some you can access immediately from the onboard terminal at the workshop, but for others, you’ll need to travel to a different and often more dangerous location to find the technology you seek. Your map screen will often show areas of high and critical danger and believe me when I say: that’s no word of a lie. I was boarded three times by enemy factions, the latter of which lead to the destruction of my ship. 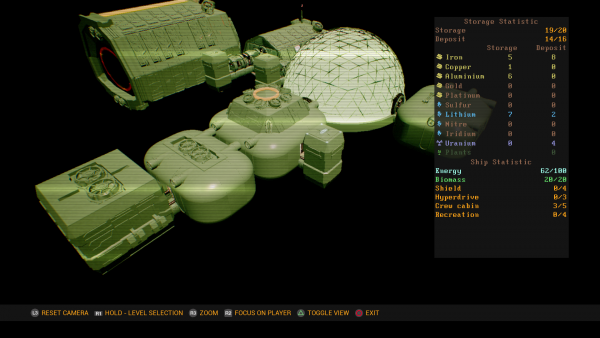 You can build your starship on one level or make a multi-layered beast as I did. The build system isn’t the most intuitive and there isn’t a clear reason why some components won’t slot into place, but overall it’s quite easy to master. Shipbuilding is a resource-heavy but enjoyable part of the gameplay that took me by surprise.

You can choose to view your build as a floor plan, with an outline of the building shapes or as a complete 3D model. Needless to say, the USS Goldhawk was a bit of a sprawling mess. You can rename your vessel and give it a lick of paint to make it truly unique to you. You can also rename crew members and choose their gender, so I was constantly rocking with an elite band of soldiers called Steve.

One of the major drawbacks in the early hours of the games is the lack of defence resources. If you aren’t lucky enough to arrive in a system that has the Decontamination or Security Models in one of its Sites, you could be waiting a long time for any real ship defences. It doesn't help that the majority of these resources have to be built between your main corridors and the room itself. If you found these defences later on in the game, you’ve probably already constructed a massive ship and it's too risky to destroy a room and rebuild. 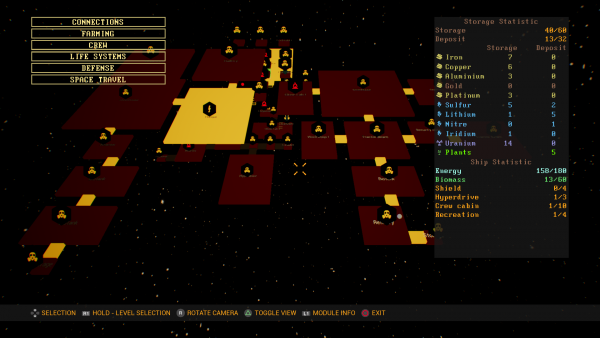 The rate at which enemy ships can board and infiltrate is also a bit of a nuisance. You can’t use your hyperdrive to escape the enemy ships and zones, and you can end up sacrificing your whole crew if you don’t have enough defences early on. If you’ve been boarded by an alien, your best bet is to set up as many turrets as you can and fight your way out as quickly as possible.

Genesis Alpha One really grew on me over time. At first, I was easily frustrated by my own apparent idiocy and failure, but the longer I played, the more it made sense and I was proud of my all female crew on the USS Goldhawk. If you’re looking for a survival, space-exploration shooter that’s oddly relaxing, then Genesis Alpha One is for you.

Genesis Alpha One is available on PS4, Xbox One and PC through the Epic Games Store