You see, Final Fantasy 7 and Final Fantasy 10 apparently take place in the same universe. In FF7 Remake, it's all to do with this little photo found in the background of one area of the game. 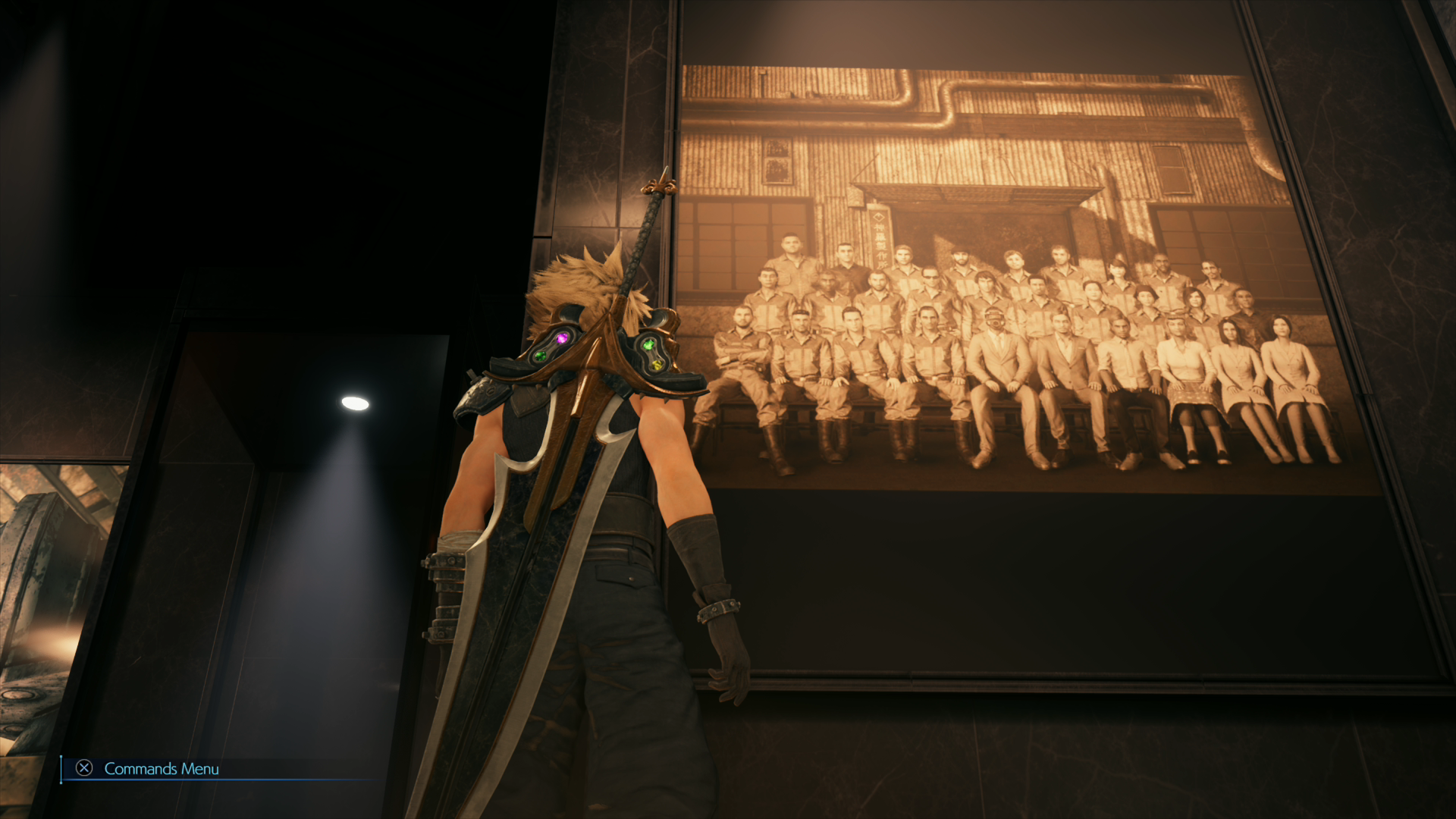 The connection goes back further than that, however. Like we said, it goes way back to 2003.

"So there is this young boy called Shinra who appears in Final Fantasy 10-2 and as you would expect from that name, there are fan theories that he might be connected to the Shinra Company from Final Fantasy 7," said developer Yoshinori Kitase in a making-of video on the FF10 titles. Kitase can be considered something of an authority on the subject; he directed the original FF7 and acted as producer on FF10, its sequel and FF7 Remake.

"The scenario writer Mr. Nojima has not made any official pronouncements about it. But as a kind of "secret history", he thought that Shinra from X-2 might grow up and his descendants several generations later possibly go on to found the Shinra company."

Final Fantasy 10-2 leans into this idea. One scene has Shinra poring over data of the Farplane, the place where the spirits of the dead end up in FF10's lore. "With a little work, we could probably extract the energy in usable form," he comments, before noting that doing so would "take generations." In an on-the-nose reply, heroine Yuna suggests that "One day we could build a city full of light - one that never sleeps! Just imagine!" Hello, Mako Energy and Midgar.

In the lore-filled Final Fantasy 10 Ultimania books, FF10 and FF7 writer Kazushige Nojima goes into further detail, suggesting that the events of FF7 are thousands of years later and even on a different planet after Shinra's descendants develop a way to travel from Spira, their world, to Gaia, FF7's. The time distance set it up nicely as a non-critical lore detail, with the narrative time distance between the games such that a more detailed connection is unnecessary. It's a Zelda timeline level connection.

Despite this, the concept would be hinted at further in later Final Fantasy 7 series developments. Sequel movie Final Fantasy 7: Advent Children has beloved airship pilot Cid behind the wheel of a new vehicle, the Shera. Background information shared in Advent Children and 2006's Dirge of Cerberus suggest the Shera's engine or even possibly the ship itself wasn't built, but was found, an ancient relic of a lost civilization powered by technology the people of FF7's world don't understand. The Shera, named for Cid's wife, does indeed look a lot like an airship from the world FF10. That brings us to Final Fantasy 7 Remake. In a later chapter of the game the characters find themselves in Shinra Headquarters, the monolithic office at the heart of Midgar. As part of your visit you're forced through a Shinra museum of sorts, paraded past artifacts from throughout the history of the electric power company's villainous history.

Next to a placard that reads "Shinra Factory" in Japanese there's an aged, monochrome photo... and, hey, who's that in the front row? That mask looks familiar... 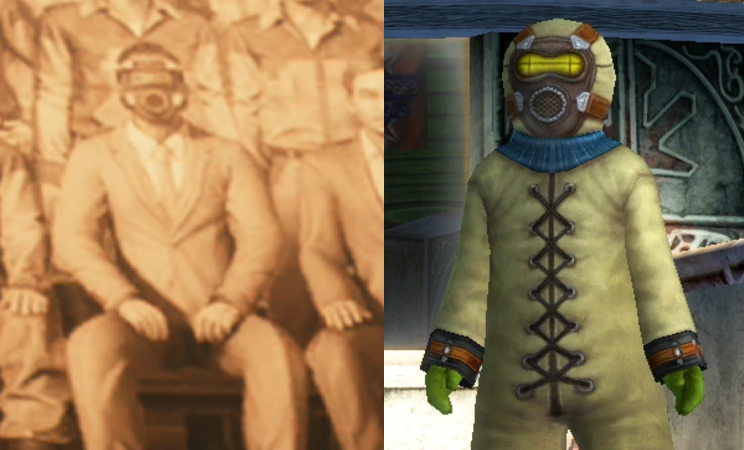 More than anything this is the developers and writers of FF7, its remake and the FF10 games getting cute and clever. They know this narrative connection between the two games has been debated and dissected by the fans for years, and so here it is - a clear, obvious wink to that story thread that Nojima, who led writing on the remake, is so fond of.

Could it actually be Shinra, somehow having survived all those years? A descendant wearing his Al Bhed mask, passed down through generations? Or perhaps it's just a coincidence. Who knows? The fact he's slap bang in the middle of the picture certainly suggests it's somebody important to the Shinra company's history. For fans, it's intriguing fuel on a fire that's been burning for 17 years already.