This is the first of a series of monthly columns from US comedian Mike Drucker.

Here’s what happens, let’s say, fifty percent of the time I play Fallout 76:

I think to myself, “Well, you’re a grown adult man who lives alone in a dark New York City apartment, so why don’t you cheer yourself up with a game?” I then look to the many wonderful video games I own: Red Dead Redemption 2 (still haven’t finished!), Tetris Effect (so relaxing!), Forza Horizon 4 (what a lovely experience!), Pokemon Let’s Go: Eevee (I’m gonna die alone!).

It’s not because I like it, but because it’s the game that I feel like I deserve. 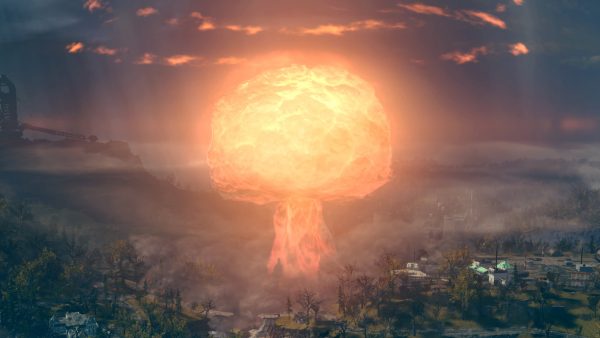 Inevitably, I open the Bethesda launcher on my PC to find that the Fallout 76 installation once again doesn’t exist on my computer. This has happened, oh, five or six times I’ve booted up Fallout 76. I recognize that the loss of the installation folder is caused by rushed coding on an unfinished product, but I like to think it’s my computer begging me to try something else. “Please; we just bought Dragon Quest XI in the Steam sale! Play that!”

No. I re-install the game and jump back in, holding my breath to see how much progress I lost since last playing, like the trash boy I am.

Fallout 76 is the game that hates me as much as I hate myself. It’s held together by scotch tape and Elmer’s glue and rubber bands. It’s like a science fair project where all of the information is grotesquely stapled to the board. It’s the video game equivalent of being in a job interview, being asked what your weakness is, and going through an entire life’s history of trauma before being told, “Thank you, we’ll let you know.”

Yet I keep coming back to play it. 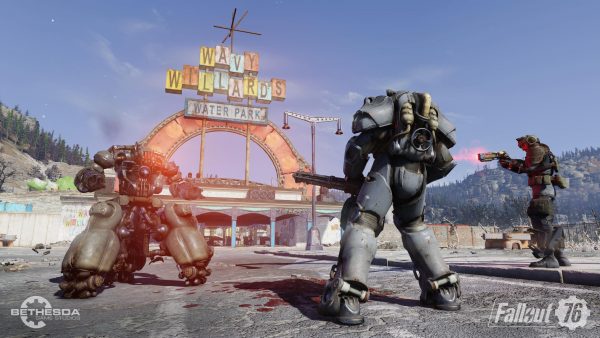 I’d love to tell you it’s because me and my friends created our own roleplaying experiences. Like me and my best buds got together and built a base for novices and acted as if we were NPCs, creating an hours-long drama that filled the West Virginia wasteland with hope and promise. This would be a lie, because I don’t have friends. Look at me; I don’t insist “single-player games are always better-designed experiences” for honest reasons.

Nor am I playing the game “because it’s so bad, it’s good.” I wouldn’t keep coming back sober if that were the case. Rather, Fallout 76 is so bad that I kind of don’t care if it’s good.

There are much better games out there. And I don’t mean classics - I mean right now. These are games at the top of their genre! Mind-blowing explorations into human emotion through interactive entertainment. And they are - SO. MUCH. PRESSURE. It’s so much pressure to feel like anything that scores above an 85 on Metacritic is a pile of vegetables that I have to eat if I’m going to be a real gamer.

If Red Dead Redemption 2 is like the Citizen Kane of video games - carefully crafted with a haunting story that changes the rules of the very medium it exemplifies - then Fallout 76 is a YouTube video of a squirrel on a surfboard that keeps uninstalling on my computer and then I realized I was running out of hard drive space and it turns out that that squirrel on a surfboard wasn’t even actually uninstalling the files but just “losing” the location of the folder and reinstalling an entire 50 gigs again on top of that already-existing folder. 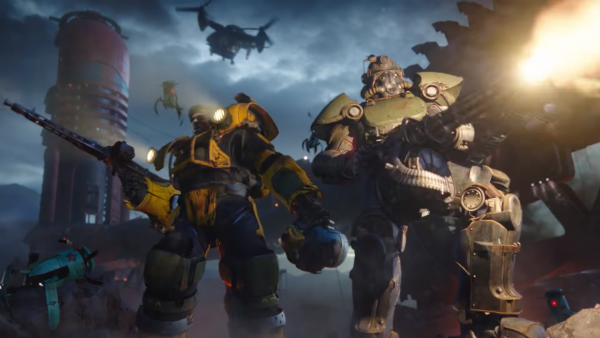 Speak of the devil, Fallout 76 just finished re-installing on my computer just now! Let’s see how long this lasts!

For the last decade and a half, video games - and especially Fallout games! - have prided themselves on how much it felt like the player must do. “You see that mountain! You can climb that mountain! Go to the mountain! Now! Do it, asshole! I said go to that fucking mountain!” Everything is possible and everything feels required. Invest a hundred hours or you really don’t “get” the world. “Oh, you didn’t find the secret hidden mutant cavern with the tragic suicide pact told through environmental storytelling? But that’s the best part of the whole game!”

Fallout 76 doesn’t give a shit if you walk over to that mountain. It doesn’t give a fuck if you find something interesting. That’s not to say it’s some cold, hard challenging Dark Souls meets Ark survival experience. It’s not at all. Nor to say there aren’t cool areas in Fallout 76 - there are! - I just mean it doesn’t feel like it really cares if you ever find them. They’re cool, but eh, you’re not missing out. You do you. Even the critical path quest is basically a collection of audio logs of someone having more fun than you are.

Somehow this all relaxes me. Who can say why - I was a neglected child. But the fact that the game doesn’t care means I don’t care. And when I don’t care, I can play the game for 10 minutes or two hours without feeling compelled to savor every moment. When the game crashes or a quest item refuses to work properly, I can do something else because it just doesn’t fucking matter. I want to meet the Mothman. But if I don’t? Eh, that’s alright too. 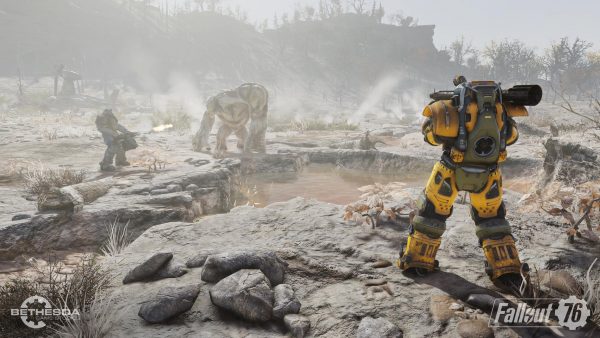 Fallout 76 might be the most honest apocalypse we’ve ever received in a game. After the end of the world, those of us alive probably won’t be compelled to help a robot resistance or choose between two dramatic factions with their own moral dilemmas. Survivors will probably just hang out and build stupid shit and wait to see if anything interesting happens. That’s kind of the dream, right? After the end of the world, you won’t have to do anything. Work’s closed!

None of this is to say that Fallout 76 is secretly good or nobody understands the developers like I do, dad. It’s a bad game, and I feel bad for the team who probably had to rush this out the door to meet a brutal holiday season of great games. Fallout 76 isn’t broken because it’s a Bethesda game and there’s a great experience hidden in there and somehow we’ve all agreed on a secret handshake that we’re willing to pay full price an incomplete mess. No, Fallout 76 is broken because every single part of it is wrong. 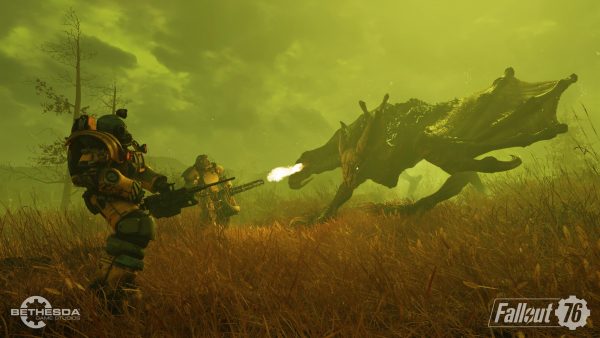 I’m not a game reviewer, and I’ve never been a game reviewer because I don’t hate myself enough to draw the ire of strangers for daring to assign a grade to a subjective experience. But honestly, if I had to rate Fallout 76, I’d give it a shrug emoji out of ten. It doesn’t matter. Grading Fallout 76 is like grading a reality show. You can do it, but does anyone really care if you give the Real Housewives a D plus? Would that change how you feel about wealthy people from New Jersey scratching each others’ eyes out?

There are going to as many updates fixing Fallout 76 as there will be think pieces about how Bethesda saved the game. Like No Man’s Sky before it, I’m sure we’ll all marvel at how much better Fallout 76 got. Players who stuck through the whole experience will feel justified in their enjoyment, while players who joined in late will do that Men in Black memory erasure thing we all do whenever a bad game suddenly becomes good.

I genuinely expect Fallout 76 will become a great experience for the people who care. But for now, it’s garbage world and little Templeton the Rats like me will enjoy eating garbage that doesn’t care if we care.