Dynasty Warriors 8 has been hack-n'-slashing its way through the pages of Famitsu this week, with the reveal of six new characters, and a two-player co-op mode. 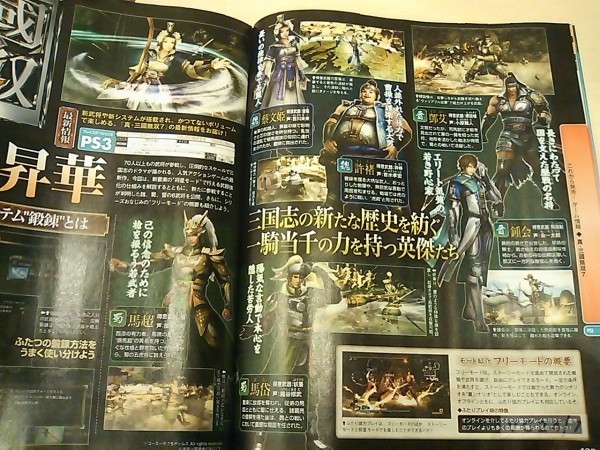 The scan come courtesy of Gematsu, and confirm that the game will include new 'reverse scenarios' that see you playing battles as the enemy while defending against the game's heroes.

The game launches in Japan February 28th on PS3.