One of Doom Eternal’s biggest new features is an invasion mechanic that lets you play as a demon and disrupt a single-player game. It’s something you have to opt into, however, and the developer sees it as an endgame activity for the hardcore.

At the moment it’s still being worked on, so the pace of these invasions is still being tweaked. However, demons will be able to choose from a large pool of enemy types - basically any available in Battle Mode, regardless of the pool of enemies in a particular level - and they will be let loose in another player’s game.

“There’s a very cat and mouse type of dynamic to it,” creative director Hugo Martin explained. “As the demon you have the ability to hide within the environment, get ahead of him, sneak up on him, there’s a bit of a hide and seek mechanic to it. And really the crux of it is that we want people to play through the campaign, we've thought about invasion as much more of a endgame type of thing.”

The developer wants people to jump into Battle Mode after the campaign is done, get used to playing as demons, then mix it up in the campaign with invasions.

“Then you get these players who love playing as the Slayer, want to play through the campaign again, and they say, 'bring it on. Show me what you can dish out at me.',” Martin said. “And from a demon perspective it's the ultimate opportunity to grief, and basically jump in a Slayer's game and poke him in the chest and say, 'I'm going to take you'. That actually requires both those sides to have a bit of experience with the game and it's a ton of fun.”

There will be a few areas in levels where you can’t be invaded, but it’s otherwise fair game. For demons, mastery of the level and timing will be key, while the Doomslayer needs to rely more on reactions and movement.

“When you're playing as a demon there's different things that you can... like as an example, there's bounce pads that are only visible to demons that help them get to different places, and if a gate is closed for the Slayer, it may be open for the demon,” Martin added. “As you're the demon you can see different things in the world, and you can always see the Slayer. You're always lurking.” 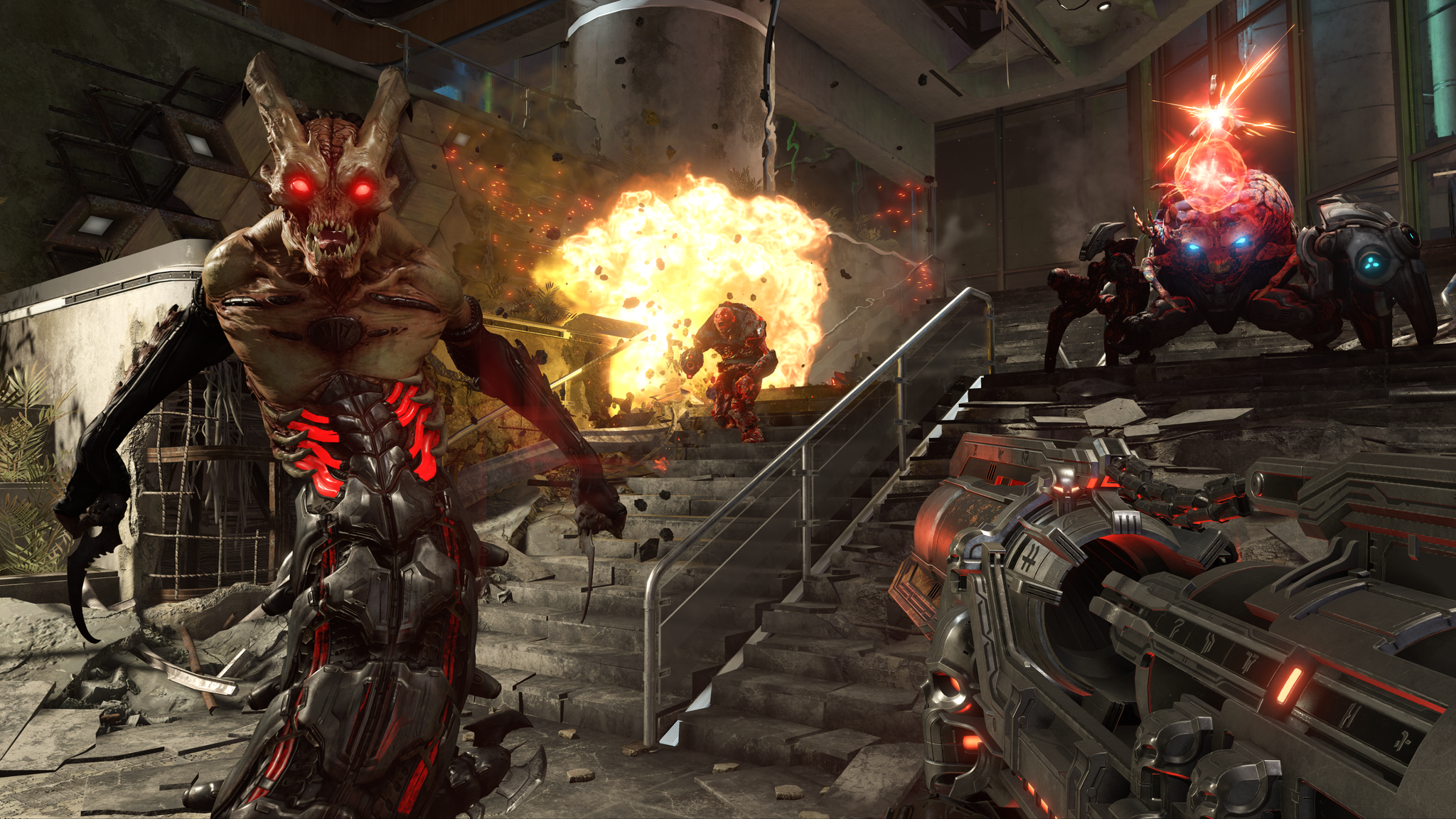 “You're going to be more successful if you know the level,” executive producer Marty Stratton added. “So that's why we feel like it's more of a late game feature, something that people will probably do after they've beaten a level or something like that, that you'd want to invade it, because you can spring your attack on the Slayer as the demon, if you know what he's about to do because you already beat that level.”

One example we’re given is the invader springing a trap on Doomslayer as he navigates across wall-climbing platforming sections. As they say, knowing the levels will be a boon if you want to be a successful demon. For Doomslayer, it’s a dynamic, unpredictable new challenge to overcome. It also adds a bunch of tension since you’re notified when your game has been invaded, but you won’t see the demon until they decide to show themselves.