Destiny 2 update 2.2.2 dropped yesterday, and brought a new Exotic questline along for the ride.

Bungie surprised players yesterday with a new Exotic questline in Destiny 2 which brings back Outbreak Prime as Outbreak Perfected.

The pulse rifle is attached to the new Heroic Adventure “Bad Neighbors” on Titan (thanks, Polygon), where you will find a secret door. Behind it is a Fallen Transponder.

If you played Destiny: Rise of Iron, you will know Outbreak Prime was the reward for the Channeling the Corruption questline in the Wrath of the Machine raid. 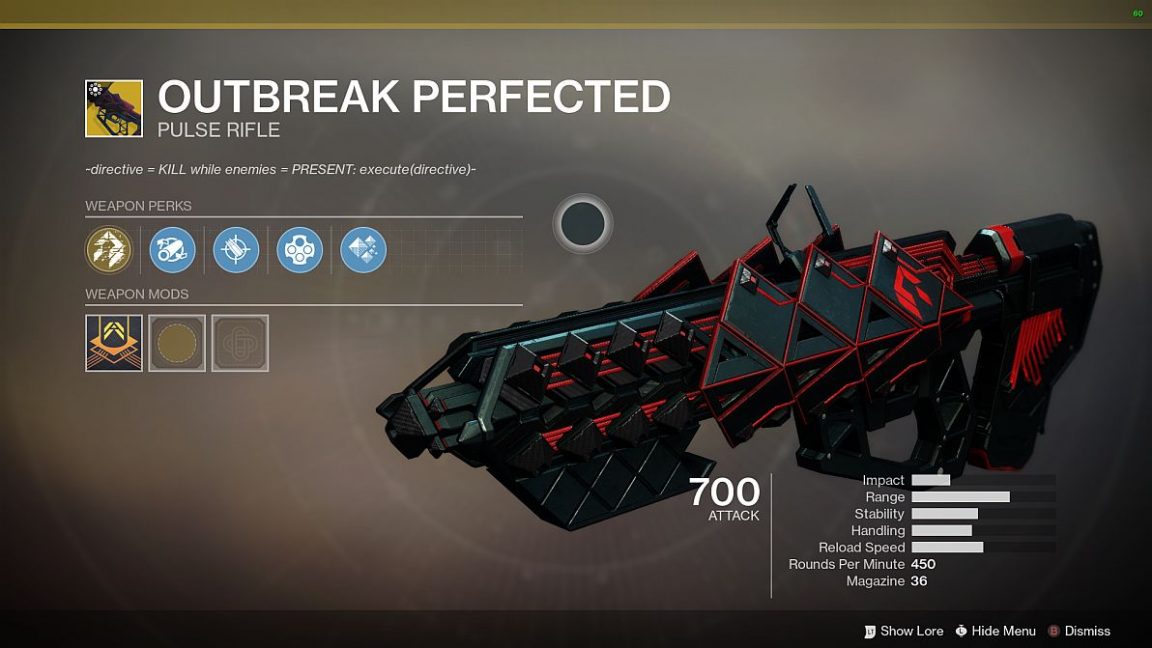 In order to obtain the weapon, a puzzle featuring binary code had to be solved in order to open up various doors.

Like its predecessor, the Destiny 2 questline for Outbreak Perfected also involves a binary code puzzle.

Because it's something new and exciting, we don't wish to spoil things. If you want a step-by-step guide, the folks over at reddit have you covered.

Now get out there and earn that swanky rifle.