Emmanuel Roth, a senior staff animator at Bend Studios, is responsible for a lot of the work that has gone into the cinematics of Days Gone.

There are plenty of them, too – during my four-hour demo of the game it often stopped to flash back to the past, or to play a cinematic of characters talking to one another, or to establish major developments and characters. He comes from a background in games that stretches back to the PS2 (he was an animator on curio Jet Li vehicle Rise to Honor); stretching back even further, he worked in television and film, including a stint at PDI/Dreamworks where he worked on Antz and Shrek.

Roth has been with Bend Studio for 14 years now, having joined during the development of the critically acclaimed Syphon Filter: Dark Mirror for the PSP. Development on Days Gone began six years ago, when the team was much smaller. 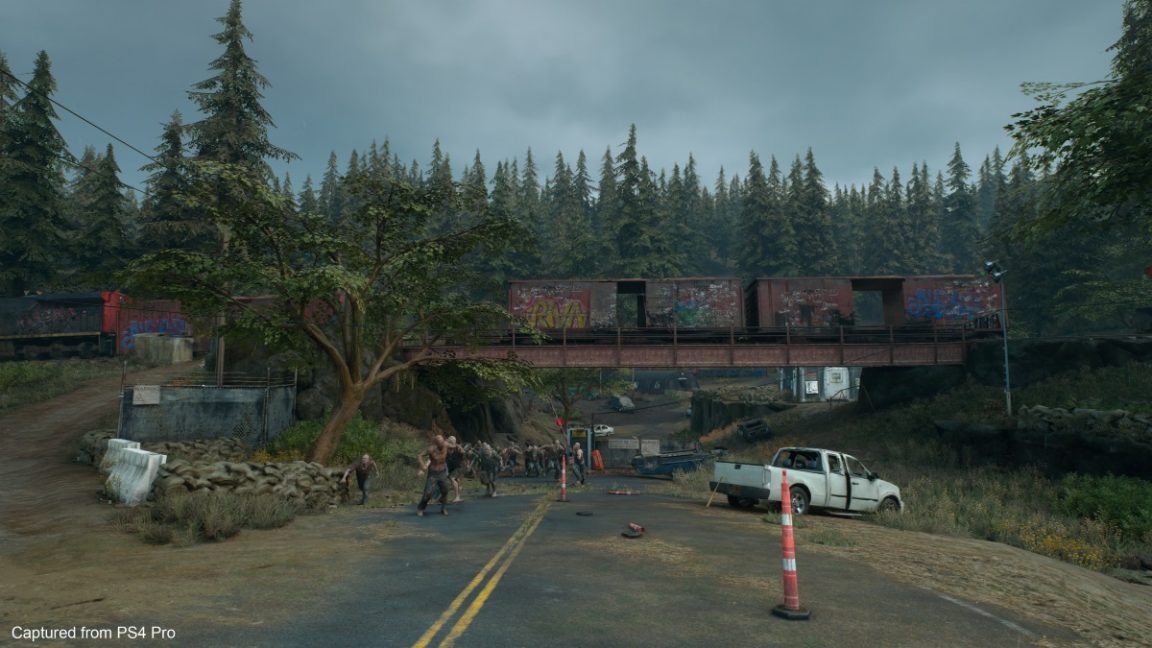 "They are the ‘freaker’, and we insist that they are not zombies. The undead, they bite you, you get infected – it’s nothing like that for us. We chose for it to be a pandemic" - Emmanuel Roth, Bend Studios

“When we started, we were like… 50 people on the team, and to do a triple-A title, story-driven, in an open world, that was a bit ambitious of us,” Roth tells me. But Sony was confident in the developer after the success of PS Vita launch title Uncharted: Golden Abyss – its second-most recent title, which was followed by Vita card-game curio Uncharted: Fight for Fortune - and eventually the team was able to expand.

“We are at 133 or 136 people, or something like that,” Roth says. “We hired talented people from the movie industry, and from other big studios, and that helped us very much. My team in animation, we were three at the start. Now we are ten. We have a real animation director, we have two leads, and it really does help.”

The game has changed over that period, too. “In the early stage, Deacon’s biker club was more important,” Roth tells me. “We had a version of the game where the biker gang and club doing good for the community of Farewell was more important.”

This is the team’s first time working with their own brand-new IP. “Making a new IP, you have to figure out how your character moves,” Roth says. “What defines your character, what defines all your creatures. The movement of a figure, what does it mean?” By comparison, he says, Uncharted was “so easy”, largely because of the existing assets the team had access to. “Naughty Dog was nice enough to give us all their animation. We had all the moves for Drake. It was for us to make new ones, like when he swings to cross a bridge, or some shimmying. But most of it was done already.”

The jump from Vita to PS4 is significant, too. “We always embrace new technology”, Roth says. “When it was Uncharted, we pushed the Vita. With the PS4, we push the graphic capabilities. So we do HDR, even on regular PS4, and embrace better lighting effects with better contrast, which is very important to us.” 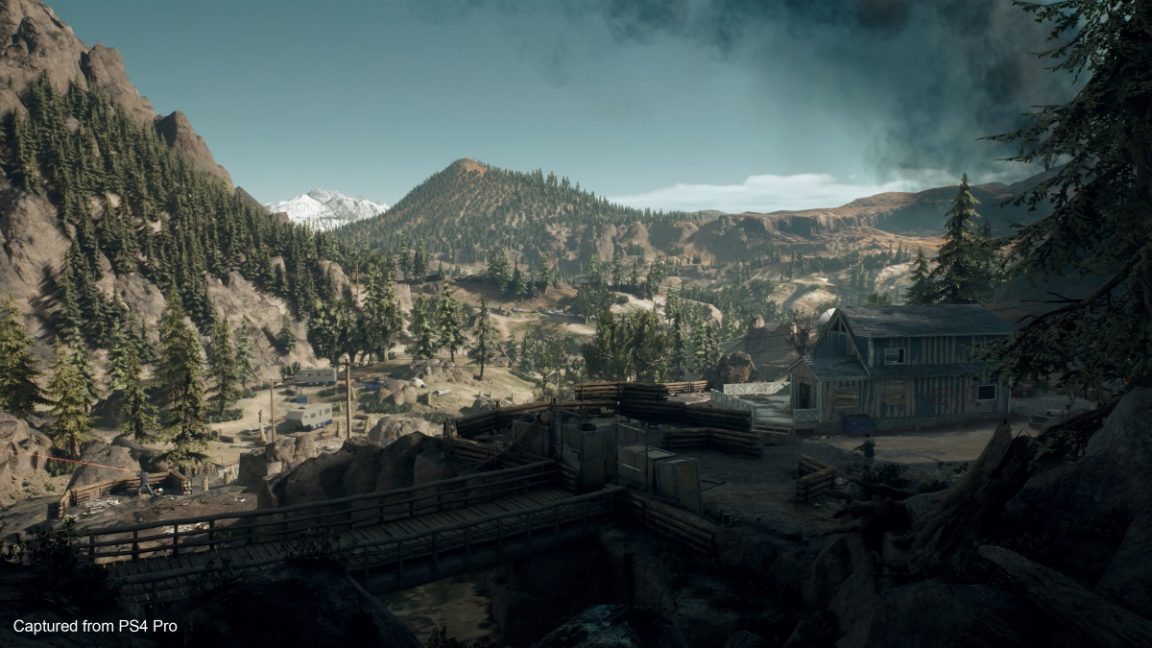 With Days Gone, the team faced a unique challenge in creating enemies that didn’t feel like the standard zombies we’ve seen so many times in other media. Roth insists that they don’t like to think of their creatures as zombies. “Our creatures are unique,” he says. “They are the ‘freaker’, and we insist that they are not zombies. The undead, they bite you, you get infected – it’s nothing like that for us. We chose for it to be a pandemic. Some people get infected, some are immune.” This means, of course, that the freakers aren’t ‘undead’, as such – they’re humans that have changed.

The different forms of freakers come with their own points of inspiration. The ‘newts’ – smaller, childlike creatures – were based on the movements of contortionist arts, while for the more garden variety ‘swarmers,’ Roth says, inspiration was taken from “a guy who was doing a YouTube video where he was moving weird”. They have their own ecosystem too, with societal hierarchies. “A swarmer, it could attack a newt and feed off of him,” he says.

I asked Roth if the team wanted to maintain some level of humanity with its enemies. “Completely. We didn’t want to go too far. We always have some sort of realistic aspect to it, and we don’t want to go extraordinary or fantastic. We do have some part of reality in there.” But at the same time, Roth says, the characters in the game world aren’t necessarily thinking about this. “I think Deacon… you’ll see he gets used to it. It’s two years after that pandemic, and you see in the cinematic early on that there’s a wave of swarmers coming, but Deacon doesn’t even react to it. For him it’s the regular thing. So when you, the player, encounter the newt, it’s one of those creatures that he knows. They’re little brats, very annoying, and they’re relentless and they come after you. So we want the player to be aware of that.” Still, he says, the fact that the freakers were humans not so long ago still “has some importance” to the plot, although he would not get into specifics. 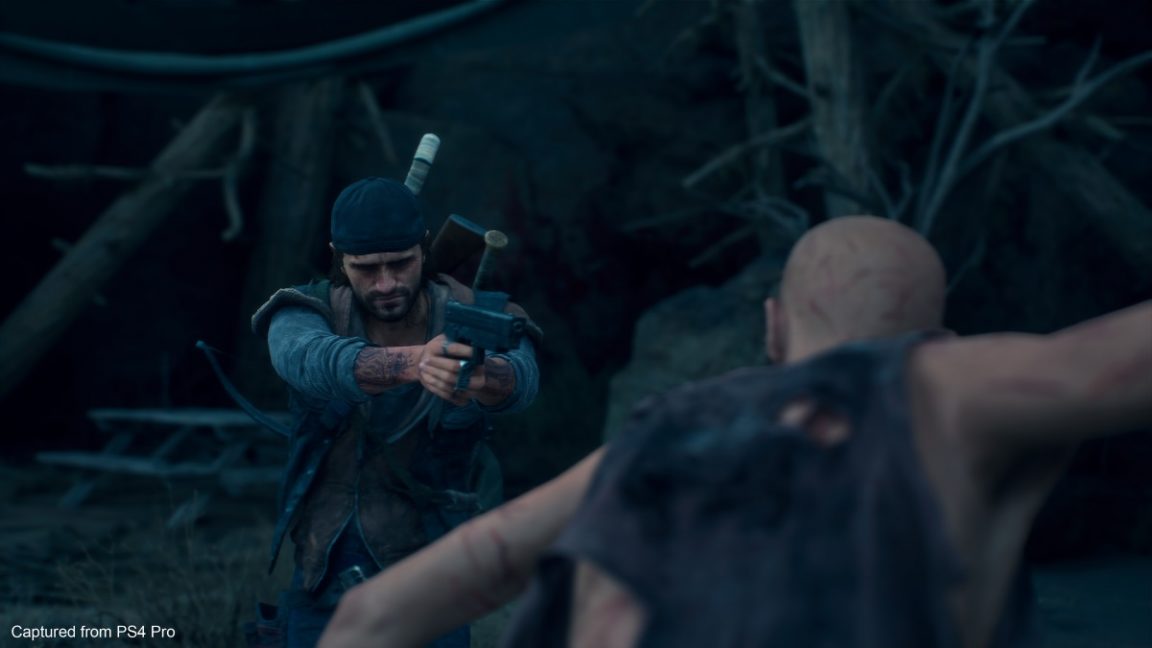 "You can imagine, having 300 guys or more chasing you, you want them to feel dangerous, to feel relentless, but at the same time not like dumb zombies" - Emmanuel Roth, Bend Studios

When I asked if any specific stories or media about undead outbreaks had inspired them, Roth instead highlighted Sons of Anarchy as a major touchstone. “Our director wanted to tell a big story about redemption, about how to survive in a world like that. That’s what inspired us. We chose a biker [as the main character] because the bike is an appropriate vehicle to be on the broken road. That’s what drives us.”

One of the major selling points of Days Gone is the huge swarms of freakers that players can encounter. Making sure that these swarms have the intended impact, and move in ways that make sense while also catching players off guard and put them on edge, was important for Roth and the team. “You can imagine, having 300 guys or more chasing you, you want them to feel dangerous, to feel relentless, but at the same time not like dumb zombies,” Roth says. “The swarmer are kind of smart. They will go around obstacles, use that wave approach to try and maybe flank you. They will separate depending on the terrain. But they also step on each other, they trip on each other, all that.”

A lot of time and work has gone into Days Gone, developing the world and making sure that the freakers behave in ways that are suitably… well, freaky. “It’s such a big game, right?”, Roth says. “A big world, a big map. A lot of content.” His hope is that players will notice all the attention that has gone into the little details scattered throughout, though. “When we do creature movement we pay attention to how they move, how they reach you, how they jump. When we do a melee attack, it’s the timing of it, it’s how intentionally your swing the weapon or the blade. A guy spent a lot of time looking at the reload animation. We try to be accurate, realistic. The way you hold the machine gun is different to how you hold a pistol. The motorcycle, we pay attention to it.”