Modern Warfare Remastered developer Raven has revealed a bunch of new details about the anticipated remake. 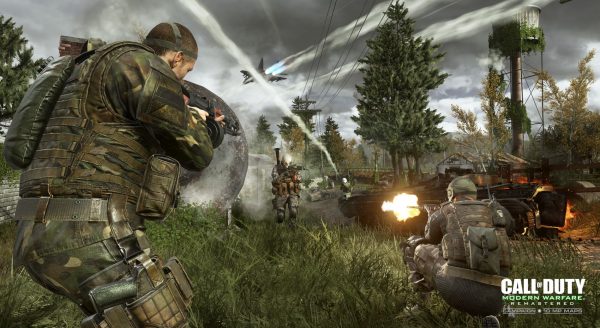 The multiplayer part of the Modern Warfare remaster is one of the big reasons many are anxious to return to the game. This mode was playable at Call of Duty XP last month, and developer Raven has spent sometime sifting through fan feedback from the show.

Lead designer Amos Hodge took to Twitter to clarify a number of key questions brought up by the community since, and confirm a few other tidbits. First up, the iconic multiplayer announcer from the original game will return for all classic modes.

On the subject of sounds, some weapon sounds have been updated, such as for the Desert Eagle, RPD, M40A3, and others. Hodge said their sound will now closely match the original.

As for the available playlists, Hodge confirmed that the original launch playlists will all be there in the remake, in addition to new ones for new modes.

Private matches - to many players' relief, will have all create-a-class items unlocked from the start. This means weapons, attachments, perks, killstreaks etc will all be available when you pick a private match.

In terms of gameplay, strafe jumping, a tactic many used in the original Modern Warfare, will indeed be possible in the remaster.

Modern Warfare Remastered is only available as part of the Infinite Warfare Legacy Edition. Activision previously said it won't be sold separately, though that could change.

For those with digital pre-orders of the same edition on PlayStation 4, the campaign will be unlocked on October 5. Multiplayer goes live on November 4, alongside Infinite Warfare's.