The only problem is, you take damage from your own explosives in Borderlands 3. The reload button, which throws my really cool gun, is also the same button you use to open chests and containers. You can see where I’m going with this... 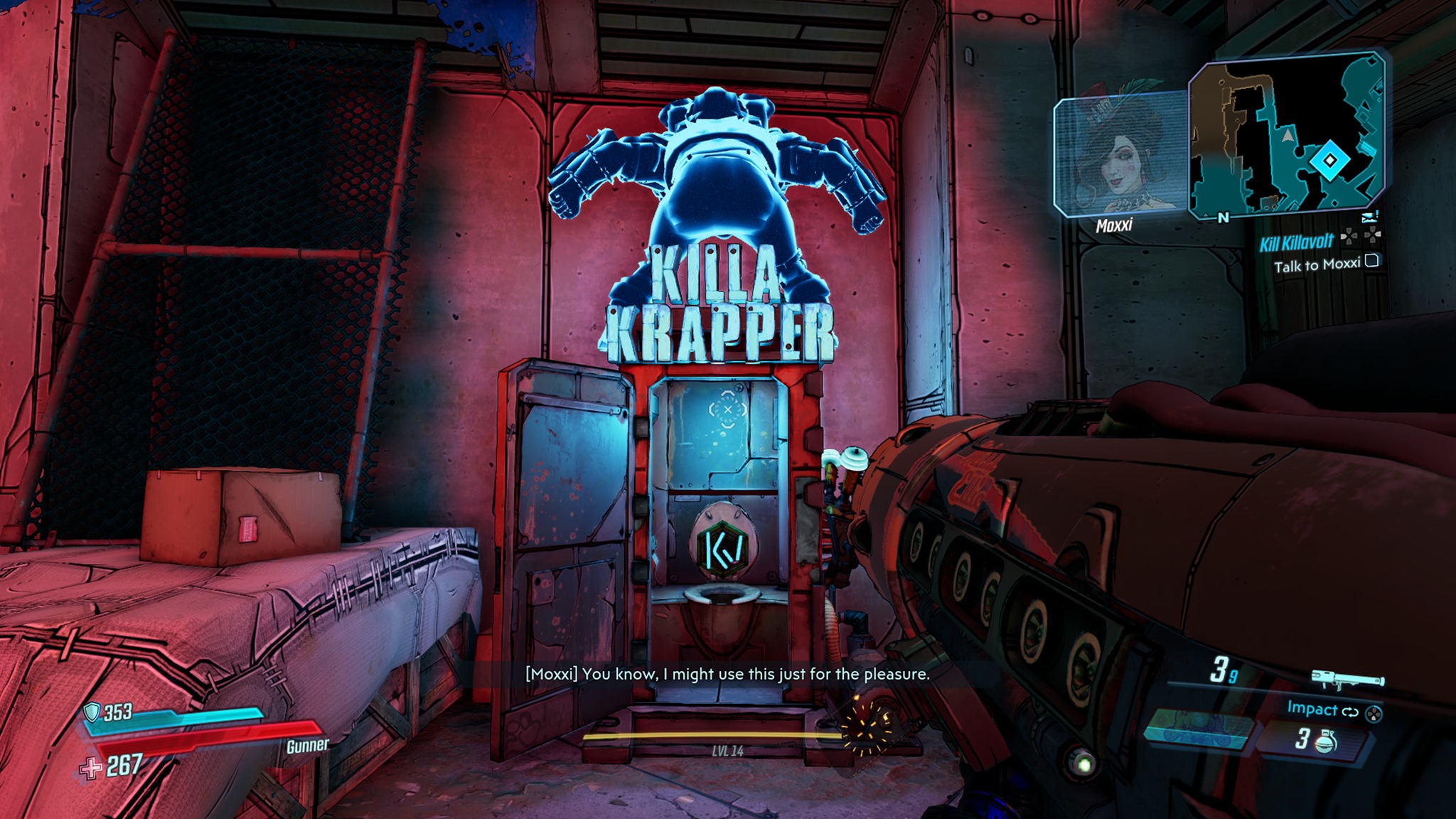 I wouldn’t mind so much, but this is rated 18+. It is a game for adults who have not, in fact, been lobotomised. The thing is, it’s not really an 18. There’s sexual references and hyper violence - enemies often turn into a red mist - but Borderlands 3 censors most of its bigger swears. It also swaps out swears for fictional swears, so some characters say “slappin” instead of “fucking”. It feels like this is an acknowledgement that the game isn’t actually aimed at adults - it’s edgy entertainment for teens.

The thing that gets me the most about the writing, though, is that it’s designed to be ignored. This is a game you can play with three friends, all of you chatting shit over voice comms as you bound through the Borderlands. The in-game dialogue is just background noise to this mayhem. But if the dialogue is designed in such a way that it can safely be ignored - characters barely ever say anything vital to your objective - then why, for the love of fuck, does it never shut up? It’s relentless. 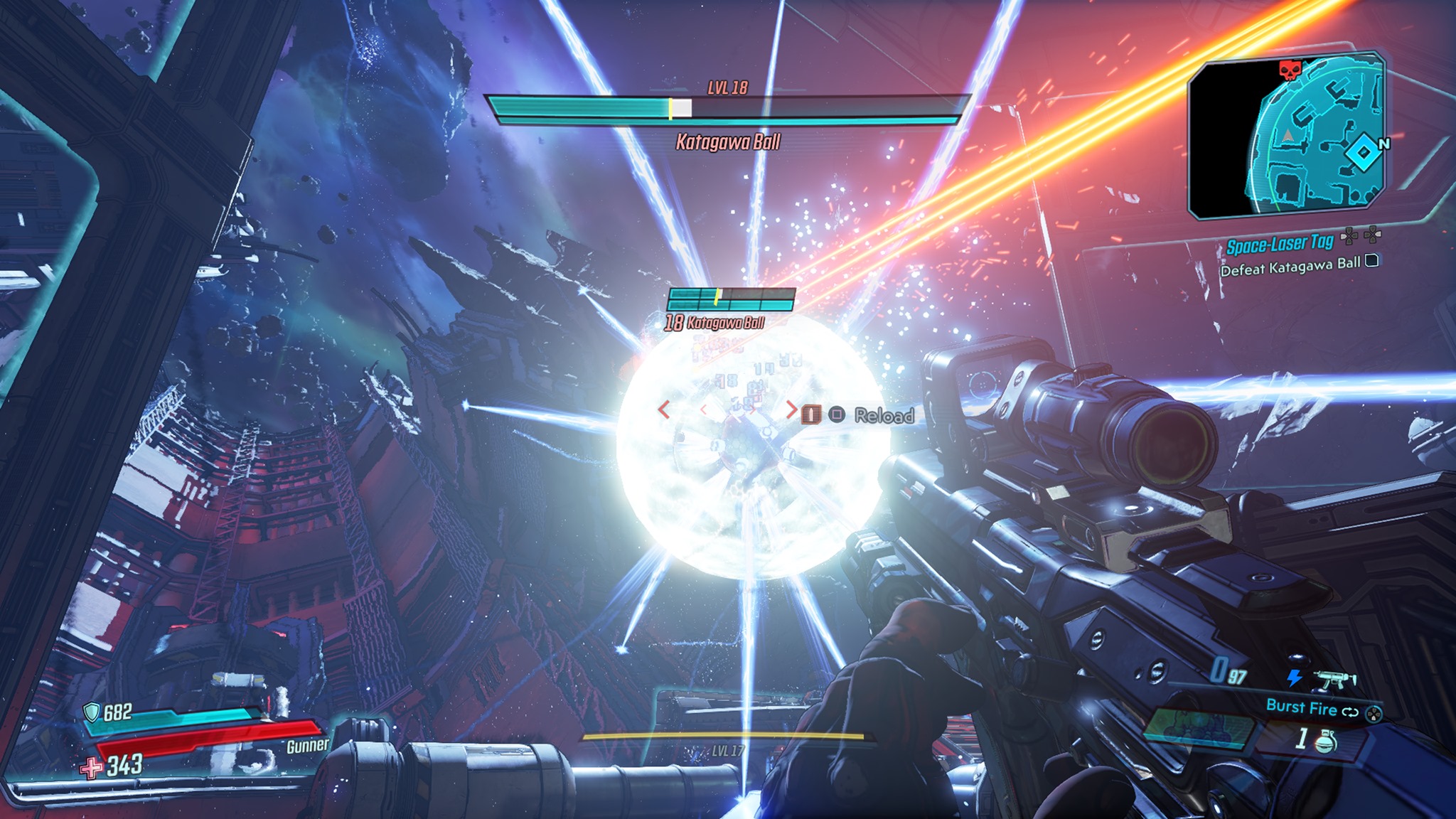 This is a loot shooter where every piece of equipment you wear and every stat point pumped into your character feels vital. The ability to respec whenever you want only highlights what a robust system Gearbox has created here. I played through as Moze, just one of the four available characters, and she feels like she has at least four playstyles alone. I started by focusing on ammo regeneration and big machine guns - I never wanted to stop firing, basically. Towards the midpoint, I respecced to a build that focused on explosives and splash damage buffs. Most of my critical hits convert my rounds to explosive damage now, and my mech has swapped out its gatling guns for grenade launchers and a mini nuke. Kills keep my mech topped up with fuel, it has a bubble shield, and it even carries on autonomously for a bit when I eject.

Mission variety is another thing Borderlands 3 has over the competition. Most missions are your usual ‘go there, shoot thing’ template, but there’s the odd outlier that keeps things fresh, and vehicle missions add some much-needed variety, too. One of my personal highlights sees my character visiting this robotic quack doctor. He asks me to lay down on a couch, which obviously my character can’t do - there’s only a crouch button. Then I’m asked to paint a wall, which I can only do by stabbing some paint and stabbing a wall. Apparently I have issues with violent tendencies. A main story mission contains a nice homage to Telltale’s Tales from the Borderlands, which is unfortunately slightly undermined by the fact that Gearbox didn’t ask Troy Baker to reprise the role of Rhys. I guess casting Ice-T as a teddy bear hoovered up a good chunk of the talent budget.

Speaking of which, more games should adopt no fall damage. There’s something thrilling about dropping into a huge chasm, hitting the ground running and twisting straight into some murder ballet. This is a shooter where constant movement is more important than ducking behind cover. I adore how most projectiles can be dodged and anticipated - it makes smooth movement more vital than sharp aiming, with the best players becoming masters of shooting on the move, repositioning, spinning, turning, and firing mid-jump. Firing an explosive shotgun round at an enemy’s feet and finishing them off by skeet shooting them as they barrel through the air never gets old. 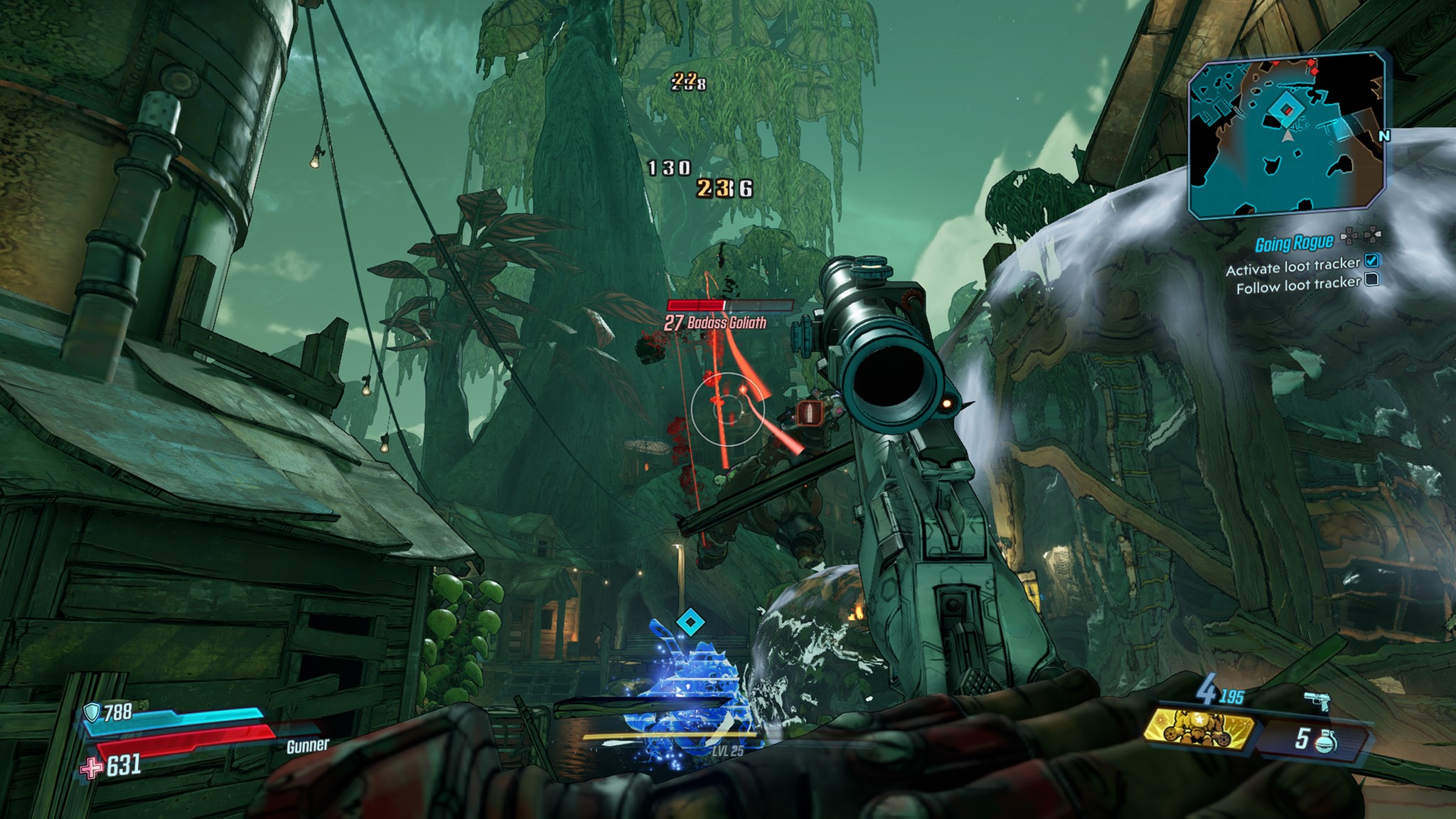