Remember Me's Nilin is a member of a highly endangered species: an attractive, badass female protagonist who doesn't exist just to be drooled over by lads. We chatted with Dontnod about the design process behind the leading lady. 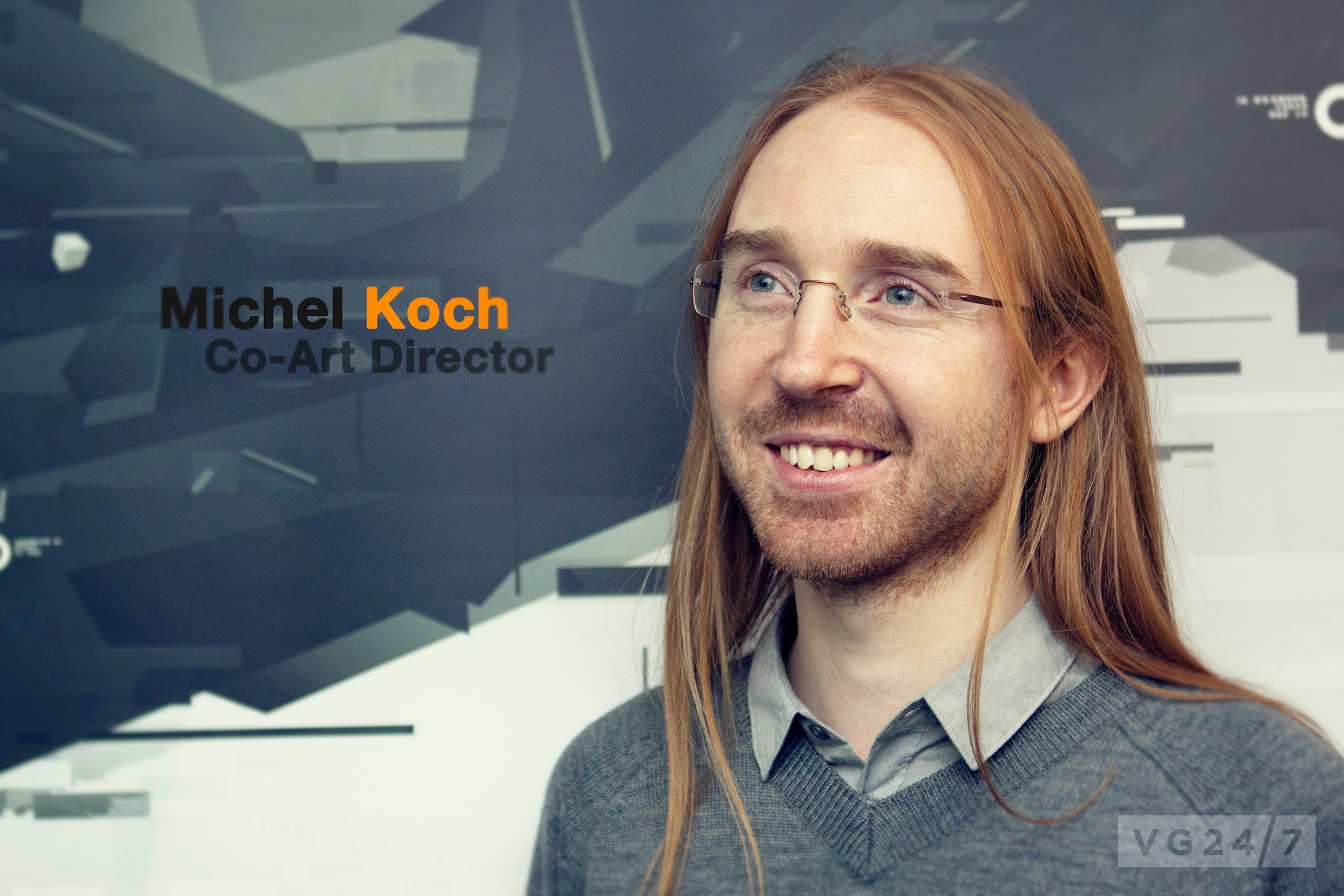 This interview was conducted with Michel Koch, co-art director.

Remember Me is Dontnod's first game, but the French studio has plenty of experience. It counts veterans of Criterion, Ubisoft and EA among its staff.

Originally planned as a PlayStation 3 exclusive, the project was snapped up by Capcom when Sony reluctantly bowed out.

Pat went to play Remember Me at Dontnod's offices earlier this year, and had a ball with it.

"Our main goal was to create a believable character grounded in the now, but with the addition of strong sci-fi and cyberpunk characteristics. We wanted her to feel real and slightly casual, so yes we tried to avoid as much as we could the overly sexy approach," Remember Me's co-art director Michel Koch told me.

"Of course Nilin is still beautiful, thin and we had to make her attractive, but we really tried to avoid the sexualized route, and I’m glad that you noticed it."

I did notice it. Once you become aware of how many games are targeted at sex-crazy adolescent boys, it's hard to stop seeing it. On the one hand, it turns working in games media into a constant battle for change (and with the subsequent depression), but the more positive bunch of fives is when someone like Nilin comes along, the sun breaks through the clouds.

Quite literally, in this case, because on top of its unusually human protagonist, Remember Me pops off the screen with its bold colour scheme, which is nowhere as obvious as is Nilin's palette.

"We have three very important colours in the game - orange, black and white - which are used throughout and will have a special importance toward the end of the game. Orange is the colour associated with important memories, the type of memory you want to cherish and protect. It was important for us to have hints of saturated orange on Nilin’s design so you see them on the inside of her jacket, the centre of her senwall and the soles of her boots. In order to have these hints of orange pop out, it was important for the rest of her clothing to be less saturated and more subtle," Koch explained.

"Black and white are also opposites, like yin and yang, and we wanted Nilin’s silhouette to be immediately visible with strong contrasts and the use of these colours provided a good visual flow in her design."

I think we often underestimate how much work goes into getting the art style of a game just right; Koch's comments hint at the amount of thought out into something as simple as a colour scheme. It seems so straight forward, but every aspect has to be just right, and the only way to get there is through iteration.

"We really wanted her to look like someone that could exist, something like your everyday character, not a super-heroine with clothing that nobody else would wear. We wanted the player to feel that they could know Nilin."

"Mostly, the problem with our early versions of Nilin was that she wasn’t believable enough. In some versions she looked like a character in a body-armour suit from a space opera game, in some others she looked like a super-heroine with a costume rather than regular clothing," Koch said.

"It just wasn’t working. We really wanted her to look like someone that could exist, something like your everyday character, not a super-heroine with clothing that nobody else would wear. Again since we are dealing with memories and intimacy, we really wanted the player to feel that they could know Nilin so we needed her to exhibit a more casual feeling."

That's why Nilin looks like she's just strolled off a particularly fashionable street rather than from the pages of a science fiction comic. Remember Me's future setting blends everyday elements with futuristic ones to ensure the game's world and characters feel rooted in reality; a future you can believe in, because it could have grown organically from our present.

"That’s why she is wearing a very futuristic pair of combat boots, but it is immediately contrasting with a classic pair of blue jeans," Koch added.

"Not only does this produce a nice visual contrast, but the jeans help make the futuristic elements believable. We took the same approach for her upper body where we contrast the futuristic gloves, her spammer and her senwall with a more everyday jacket and t-shirt."

Perhaps its this believable fashion that made me start looking for a real-world equivalent to Nilin, but in some artworks her face has something of a suggestion of Noomi Rapace in The Girl with the Dragon Tattoo. Koch denied a conscious resemblance, putting it down to coincidence, but acknowledged some similarities.

"I really like Noomi Rapace’s character, and I think that she is an excellent example of a great female character, with flaws, imperfections, and very much anchored in reality. She is not overly sexy or beautiful, at least not in the fashion magazine standards, but still very attractive, in the end she is very human.

Sorry, your princess left the castle and is out
looking for arses to kick.

"I guess that we tried to have the same approach with Nilin and maybe that’s why you found some resemblance at some points."

In Stieg Larsson's books, the narrator is the reader's first point of contact, but Lisbeth is the heart of the story. In Remember Me, the player has a more immediate connection with Nilin, and she's just as irreplaceable; Dontnod had a female character in mind right from the start. Unfortunately, the reasoning behind Nilin's gender betray an unfortunate tendency to stereotype.

"Even if the setting is sci-fi and cyberpunk, Remember Me’s story is about intimacy and personal memories. It was always clear for us that a female character would work better for this story, adding more sensitivity and frailty to the whole tone of the game," Koch said.

"Some of our keywords for the whole art direction were 'elegant', 'subtle' and 'graceful'. We didn’t want too muscular characters, nor bulky environments or heavy machinery, and this point of view was developed in every aspect of the game - characters, environments, UI and visual effects, so in the end we never really thought about a male character, it wouldn’t fit our vision."

I'm a little dismayed by the suggestion that men can't represent the characteristics Nilin embodies, or that women can't aspire to the opposite - but that's a fight for another day. Today, I'm happy that Nilin is a powerful, attractive woman with her own goals who can keep her assets to herself. Let's have more of this, games, and less of you assuming I want pornography 24/7.

Dontnod was kind enough to share some earlier concepts of Nilin, as well as some stunning general artwork and process materials, for this feature. You can find them all in the gallery below. Remember Me is due in June on PC, PlayStation 3 and Xbox 360.