I was impressed by what I saw and heard of Remember Me pre-release. I fell hard for the future dystopia theme, the gorgeous aesthetic, the simple beat-'em-up system, the integrated music design - but mostly for Nilin, an arse-kicking, sexy but not sexualised female protagonist whom developer Dontnod actively fought for.

I wrote an article all about Nilin's design which didn't go down very well; I didn't do enough to explain how her design differed from that of many other female leads. Yes, she's skinny and pretty and wears stylish clothes, and that's something they almost all do - but there are lots of things about her design which I believe are much better than usual (even putting aside the fact that she's a woman of colour, which is wonderful, but a whole other conversation).

The main one is how she was presented. Promotional art for women in video games tends to come in a couple of flavours: passive, openly sexual, and plain ridiculous. In the passive variety, the woman is standing around doing absolutely nothing, maybe holding a weapon idly in one hand as she does a pose, but mainly suggesting no action whatsoever. That would be fine if it were not for the fact that male characters don't get this as much as female ones. It's a well documented thing. Nilin, on the other hand, was mostly shown in action - punching, kicking, doing stuff. Awesome. 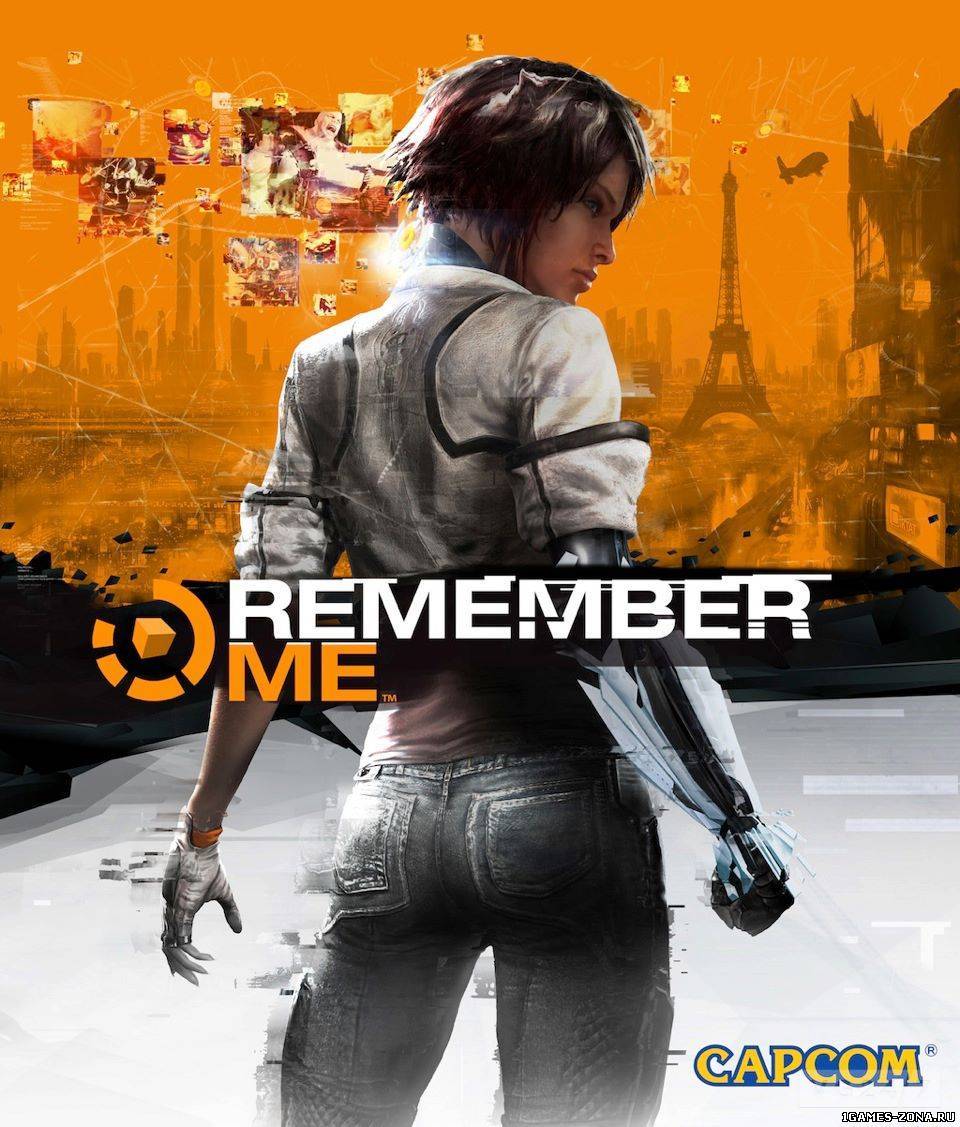 What are you looking at. Why don't you just turn around to look at it. Why is your butt right there. Why is it always there.

She was not shown in openly sexual artwork. You know the kind I mean - Evony ads, Catherine promos. Her designer and marketer's greatest sin, at the time I wrote my piece, was to flirt with the plain ridiculous. I'm sure you've all seen this terrific gender reversal of the Avengers poster, showing off the frankly stupid "must get tits and arse in the same shot" pose so spine-twistingly beloved of pin-up artists everywhere. Nothing Capcom produced to promote Remember Me came close to that level of embarrassment.

Then, as we got closer to release, things got a bit less desirable. The game's cover art and associated promotional pieces mainly show Nilin looking pretty. The cover includes a butt shot. I wasn't happy about this, but I felt it was not too much to bear given what else the game was offering - a strong female protagonist who exists for reasons other than to titillate an assumed demographic of straight males with nothing better to do than fancy non-existant booty. Traditional marketing, I thought, for a game that is breaking those shitty traditions.

Then the game came out and five minutes in I was already deeply uncomfortable. The game begins with Nilin locked up in a cell, wearing some sort of bizarre, too-sexy-for-the-hospital outfit, having just suffered and being threatened with a very invasive medical procedure. This is not a very auspicious start for a game about an empowered woman. It's too much like every other game with women in it - she's a victim, unable to save herself from something really gross a man wants to do to her.

Things don't improve. Nilin is literally wiped clean at the start of the game; she's an empty shell, without her memories, waiting for someone else to control her. I don't just mean the player; a male voice comes over some sort of magical sci-fi radio only Nilin can hear, and starts telling her what to do. She obeys. This is the pattern for the majority of the game: Nilin doing what she is told. By a man.

Already the good parts about having an arse-kicking female hero have been deeply undermined by the story set-up, and we're not even ten minutes in. At this point, my reaction was something along the lines of "oh well, at least she's not, you know, Bayonetta" (a character I'm in two minds about because dang is that lady empowered). 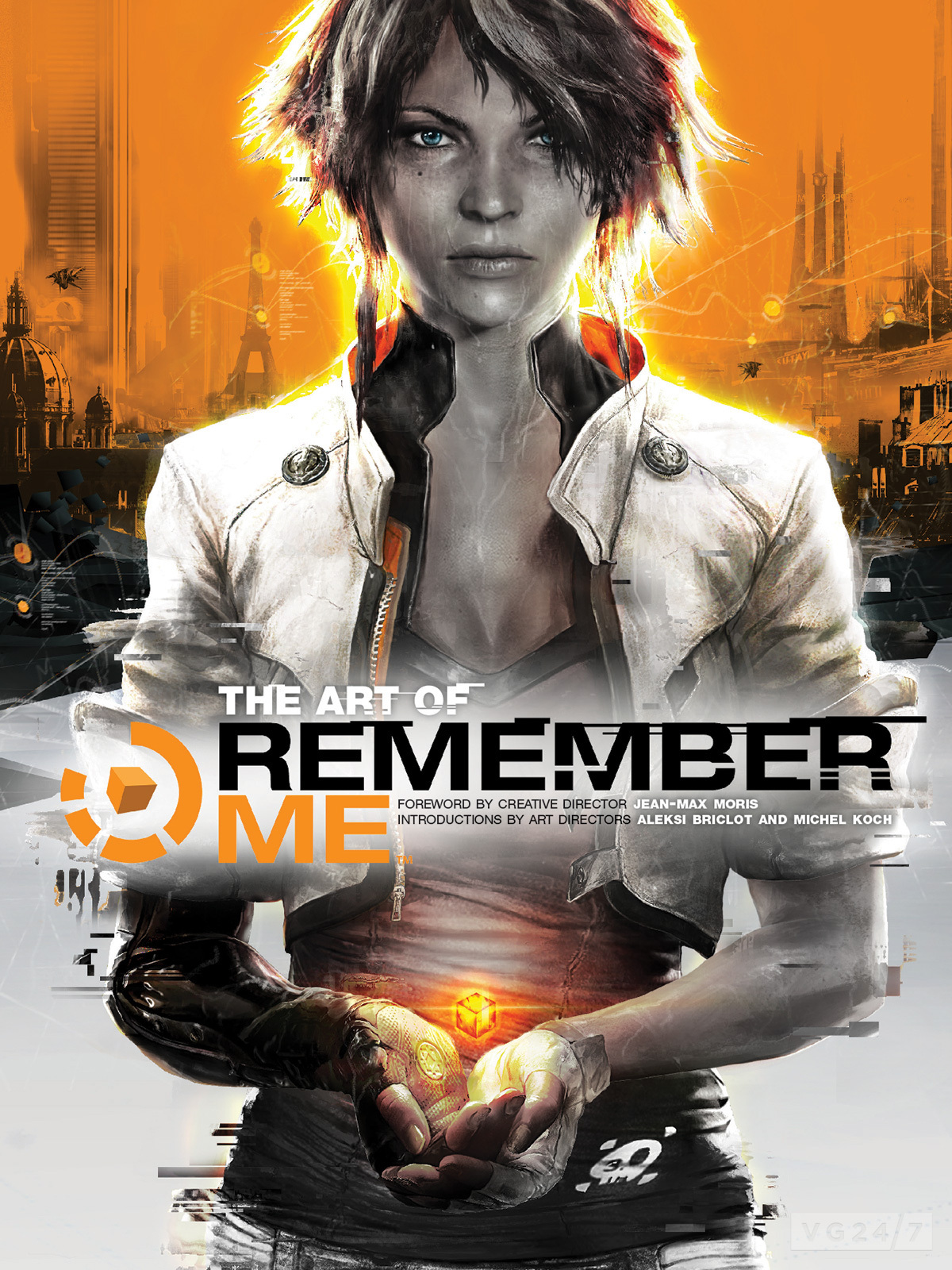 Just stand there. Why not. Maybe you could open your mouth a bit to remove all doubt that you're a blow up doll. Wevs.

But after playing for another few hours I lost my shit completely. It's not just the camera's constant idle return to butt shots, which - let's face it - is something you're stuck with in most third-person video games that don't leave you staring stupidly downwards from some sort of helicopter angle. It's the cinematography of the cutscenes. If you ever needed a textbook example of "male gaze" (a problematic phrase, let's not get stuck on it and save the discussion of it for another day) it's the way Remember Me's camera slides unwaveringly over Nilin's curves, angling over her butt, crotch, and boobs, constantly slavering her with dribbling, horndog attention.

There is a place for this sort of thing, sure; there's nothing wrong with wanting to look at sexy women. But the way it's done in Remember Me had me red-faced with discomfort. It's when Nilin is at her most vulnerable and unhappy, as when she's literally locked inside a coffin, that the camera becomes most pervy in its ministrations, and that - urgh! It feels gross, to see a woman depicted in such a helpless situation and note the way the animations and the framing are designed in such a way as to suggest you should be getting off on this.

Friends. I'm not a prude. I don't want to talk about it with you but I think we can all agree that getting off is a thing that's hardwired in as pretty acceptable to human beings. But I'm also not a weird creep. I'm not some sad git who most wants to stare at women with sex on my mind when they're unaware of it, and would be deeply distressed by it.

I feel like whoever is responsible for the way Remember Me turned out - the countless numbers of people who must have been involved in designing and signing off on the many aspects of the development and marketing process that brought about this result - were probably not weird creeps. But somehow, the casually sexist tropes we accept in gaming occasionally - maybe increasingly? - result in games like Remember Me, which look a heck of a lot like they were put together by weird creeps, for weird creeps.

I hate this side of the industry; it's embarrassing, and it makes me want to get out of gaming. It makes me feel unwelcome as a gamer; it makes me wonder if other gamers around me are weird creeps I'd be afraid to wear a low cut top around for fear of them being unable to resist stares, comments, and god forbid inappropriate behaviour. I'm very disappointed in Remember Me, in Dontnod and in Capcom, and to be honest, in all of us.