The first choice in Assassin’s Creed Valhalla is a tough one: should you play as the male or female Eivor?

Unlike in previous games in the Assassin’s Creed series, the answer is relatively simple: whichever one you want. 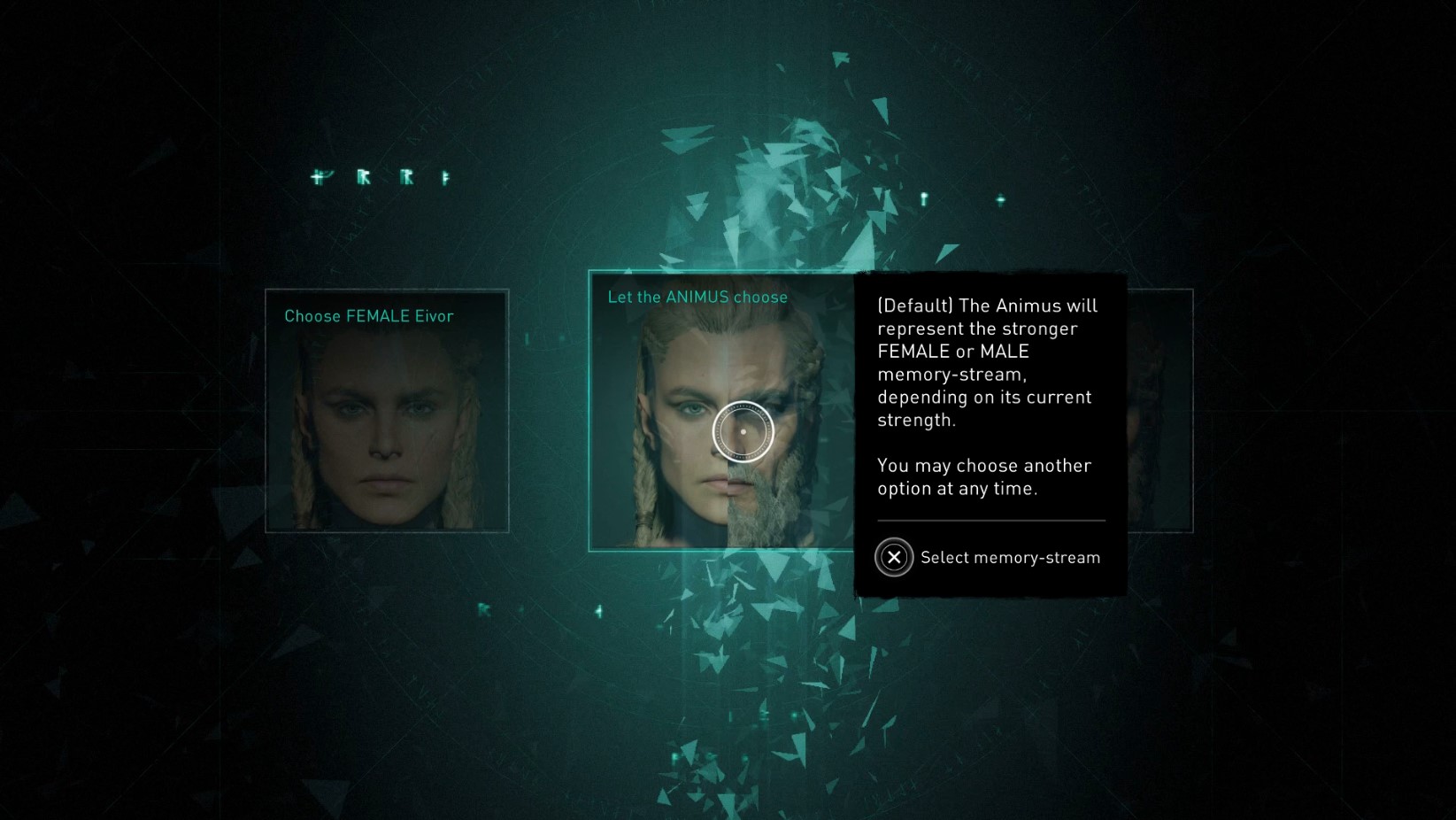 According to developers working on Assassin’s Creed Valhalla, the male and female versions of Eivor are technically exactly the same character. And - as explained by the circumstances of the story are both canon.

This is in contrast to the events of Assassin’s Creed Odyssey, where your choice of Alexios or Kassandra had a direct impact on the story of the game.

In this latest entry however, you’re free to choose and change your gender without it having an impact.

At the beginning of Valhalla, the game gives you three options: female Eivor, male Eivor, or “let the Animus decide” default option.

In my playthrough, the “let the Animus decide” option made a female character.

The male version of Eivor is played by Danish actor Magnus Bruun, who has pedigree portraying Vikings after appearing as King Cnut in TV show, The Last Kingdom.

Meanwhile, the female Eivor is played by another Dane, Cecilie Stenspil, who has most often appeared in Danish language roles, including theatre and dubs of Disney films.

If you need any more help making your decision, the female Eivor featured in the prequel comic, Assassin’s Creed Valhalla: Song of Glory. So this could be another hint she has the edge internally.

However, as is expressed on the selection screen, if you fancy trying out both voices you can change between the male and female Eivor at any time.

Swapping between the male and female versions of Eivor is simple. All you need to go is go into your inventory screen and press up on the D-Pad.

This option is labelled “Animus” in-game.

From here, you’ll be given the option to “change Eivor’s appearance”, which brings you back to the character select screen you saw at the start of the game.

Now that you're up and running, check out our guides to the best skills in Assassin's Creed Valhalla, here.

And while you're in the early game, here's our run-down of the best starting weapons for your Viking adventure.