Assassin's Creed Anthology, posted earlier by Amazon France, has been confirmed by Ubisoft with details expected later this week, according to Eurogamer.

The massive bundle of games and DLC posted via the Amazon France listing, states that the 150 Euro anthology is due on November 29and will include the following five games:

Here's a piece of promotional art from the listing: 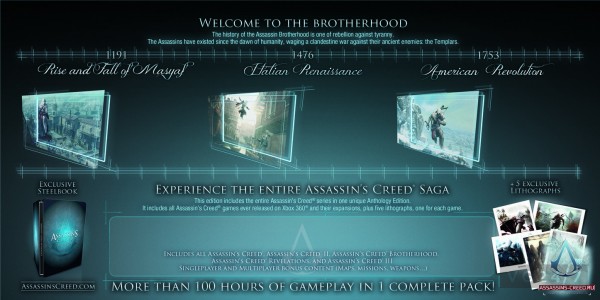