The zombie apocalypse starts with a facial. 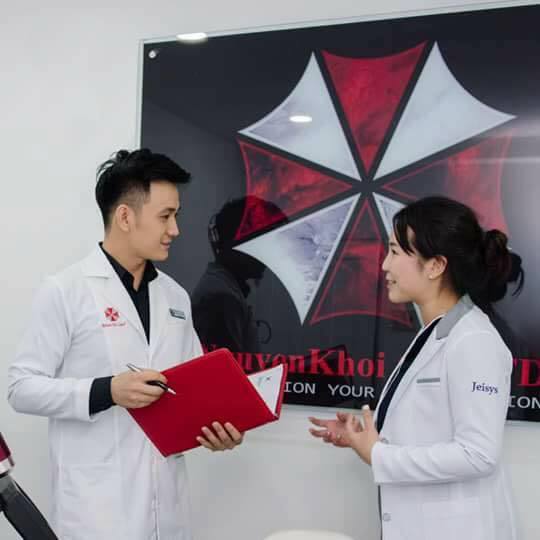 When you've sunk hours and hours into playing a game, it's easy to see items in the real-world that have a tenuous link to something in-game, making you wish you were back home in your pyjamas planted firmly in front of your console.

Well the link between Medcare Dermatologist Clinic's logo of choice and a video game is about as subtle as bullet to a zombie's noggin.

Spotted over on NeoGAF, the Vietnamese clinic has gone full Umbrella. That last image is actually a Resident Evil wallpaper. The logos are identical.

What is happening? Are we witnessing the beginning of Umbrella's diabolical genesis?

According to Google translate, "state-of-the-art equipment with technology transferred from Korea, the United States and Europe" will solve your skin problems. By turning you into the living dead, because zombies are a carefree bunch who don't give a fig about the state of their face.

This is how Umbrella started out.

The company has addressed the logo on their Facebook page, saying that they were "surprised" about the "coincidence".

The logo was created for them externally, and they are currently investigating the situation.

Or they're trying to throw us off the scent. Either way, it's a bit of Monday morning silliness.