Okay, this is what you need to know about Insurgency: It began as a Half-Life 2 mod ten years ago and has since grown into a stand alone release - one of the first to use Steam's Early Access program. It has sold three million copies. When you see a hardcore mode in a blockbuster first-person shooter, it was probably inspired by New World Interactive's Insurgency.

Now a sequel is coming to PC, Xbox One and PS4, and we got the chance to sit down with producer Jeremy Faucomprez and creative director Andrew Spearin to get the lowdown on a game that could easily shake up the stale FPS market. Here's what they had to say.

"Story mode is for four-player co-op and single-player support. And for consoles we're also considering two-player co-op splitscreen and we're considering splitscreen for multiplayer. We're going to bring over the popular game modes from Insurgency and introduce new game modes suitable for vehicle support. We also want to bring what Insurgency is known for with the weapons: recoil, penetration, and introduce bullet drop. There's been a very high demand for competitive features so we're going to introduce those in Sandstorm too. In addition to the story mode we also have 8-player co-operative play for various game modes."

"We want that same Insurgency design with multiplayer, co-op gameplay to consoles as well as PC. We're introducing a new story mode. We want it to be a little more interactive with ladders and breaching doorways. There will be a team communication system too, where you can call in drone strikes and smokescreen support."

You will play as a female Kurdish freedom fighter

"Thematically this story is inspired by real events. The game is going to portray what's happening in the Middle East today and particularly in Iraq. We really want to distinguish this in the narrative tone. Many triple-A shooter will put forward a story that's like a blockbuster movie - we're going the opposite route, the indie film tone to make it more personal.

"We have a female protagonist who as a young girl with her sister was enslaved and held captive by radical insurgents. A sandstorm blows in one day, combat erupts and they're able to escape. Our protagonist is separated from her sister and ends up alone. Fast forward to present day where she's enlisted in Kurdish rebel forces. She breaks away from the main group with another girl who was also imprisoned as a child, and goes on a personal quest. But helping her out are two vigilantes. One is an American combat veteran and the other is a French citizen with zero combat experience. So those are who you play as in a 4-player co-op situation. And in single-player they will be AI support.

"We're just drawing from reality and being inspired by real events. They set off on essentially a road trip dealing with other armed forces and Iraqi citizens. We want bonding and character development over conflict." 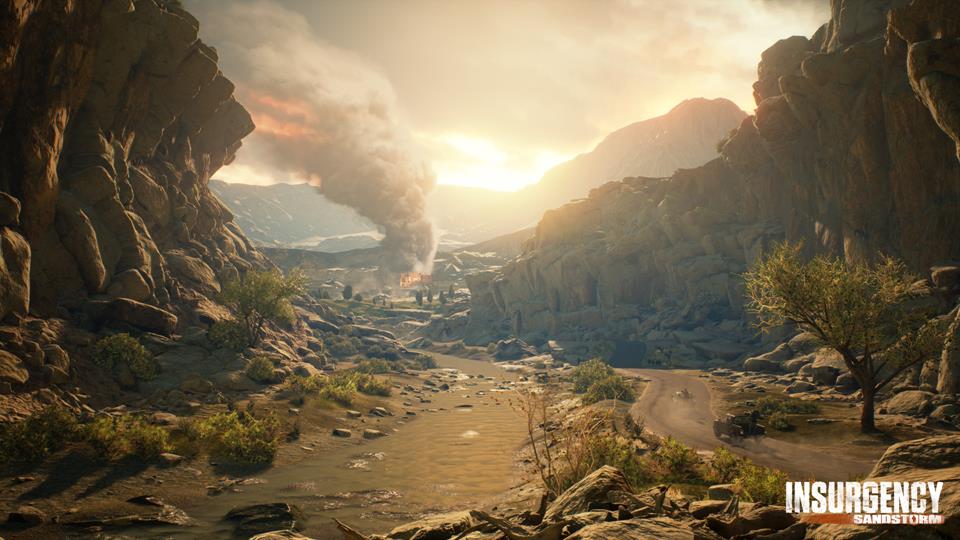 There may be more campaign story DLC

"It's not going to be a 15 hour story. It's more like five hours. We're keeping it small and a short adventure. So if it's successful we can add more story content, depending on time constraints and demand and budget and all those things." 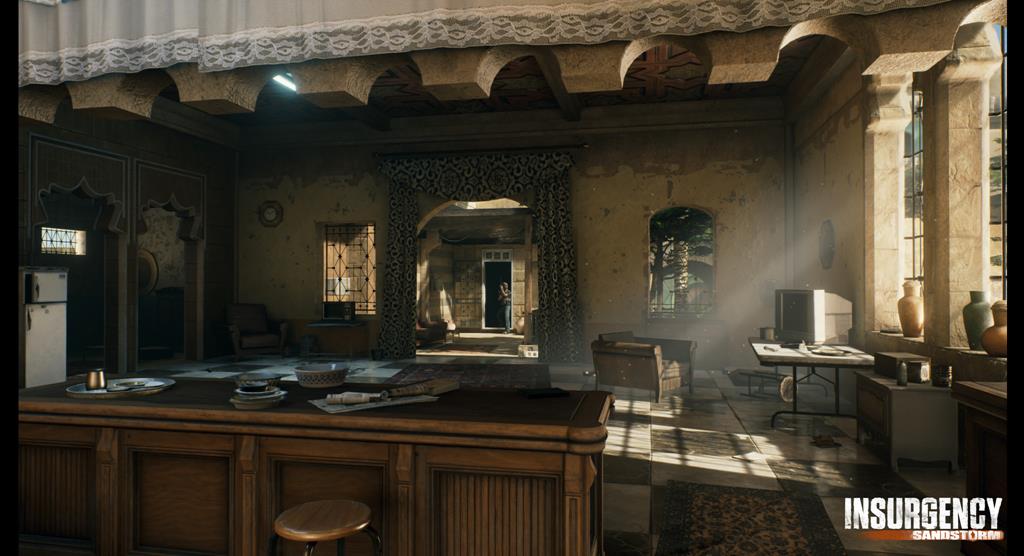 "We're able to make larger environments, introduce game modes that make use of those larger environments. We're still going to maintain a focus on close quarters combat. With UE4 for we can really reach our potential - with Source a lot of people criticised the graphics. We're able to catch the eye of a lot of gamers who dismissed Insurgency because it didn't compare favourable with triple-A games.

"Ten is usually our goal. We'd certainly like to continue with free content updates but that gets determined post launch. We also have new story ideas that we might be able to use as DLC. We understand that the reason Insurgency sold 3 million copies was because we kept updating it with new content as well as workshop support and that sort of thing."

"We're looking at doing a closed alpha on PC by the end of this year. And then next year releasing the full game."

This interview took place in Paris at an event held by Focus Interactive. Focus paid for accommodation and travel.