Pokemon Go is about to celebrate its fourth anniversary and to mark the occasion, a big bunch of Gen 6 Pokemon are being added in the Go Beyond update.

Pokemon Go fans have been begging for Gen 6 Pokemon to be added for quite some time now and there’s not much longer to wait until you can get your hands on some sweet new Pokepals with the new branded expansion, Go Beyond.

From December 2, you’ll be able to encounter, hatch and catch 72 Kalos Region Pokemon, including the much anticipated Greninja, Pyroar and Talonflame. There will also be a special event on December 2 until December 8 where an increased number of Kalos Region Pokemon available to catch in the wild from 10 am until 10 pm in your local time zone.

There’s also a mysterious one-star Raid Egg that should be hatching soon, so watch this space for more info about the egg and the special event on December 2. 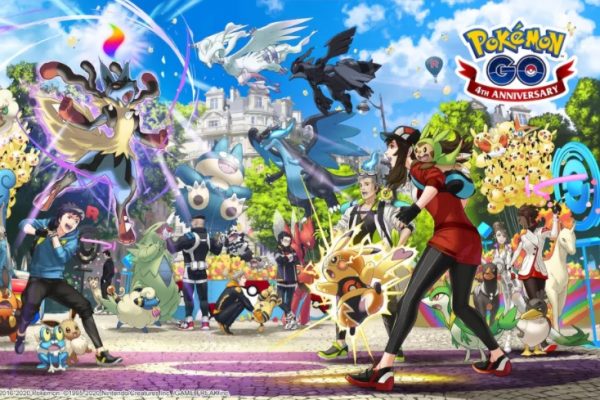 As I mentioned earlier, there will be 72 new Pokemon from the Kalos Region appearing in-game, including starter Pokemon favourites like Froakie and Mythical Pokemon such as Hoopa. Sylveon will also be making an appearance with this update, for all you Eeveelution fans out there.

Players can start getting ready for the Go Beyond update from today with a new ‘12 Days of Friendship’ event, which provides handy bonuses before it rolls out on November 30.