505 Games has announced it has stopped production on Indivisible with one final Switch update to be released.

In a statement, 505 said the last Indivisible update will bring the Switch version up-to-date with the game on other platforms and is expect to arrive on October 13.

The firm notes that unreleased IndieGoGo backer rewards such as backer-created and guest characters will not be added to the game. The Ajna statue, a backer reward, is in production, and availability information will be provided soon (thanks, GI.biz).

Refunds for those that pre-purchased the Switch physical edition will be refunded as it is no longer in cards. However, the game will not be removed from any digital storefronts.

News of the game ceasing production follows Lab Zero closing its doors after many employees resigned. The resignation of employees came after many accused lead designer Mike Zaimont of harboring a toxic work environment and engaging in inappropriate behavior. Zaimont stated he would step down, but after changing his mind, many employees left, and those that remained were eventually laid off.

Indivisible is available on PS4, Xbox One, Linux, Mac, PC, and Switch. 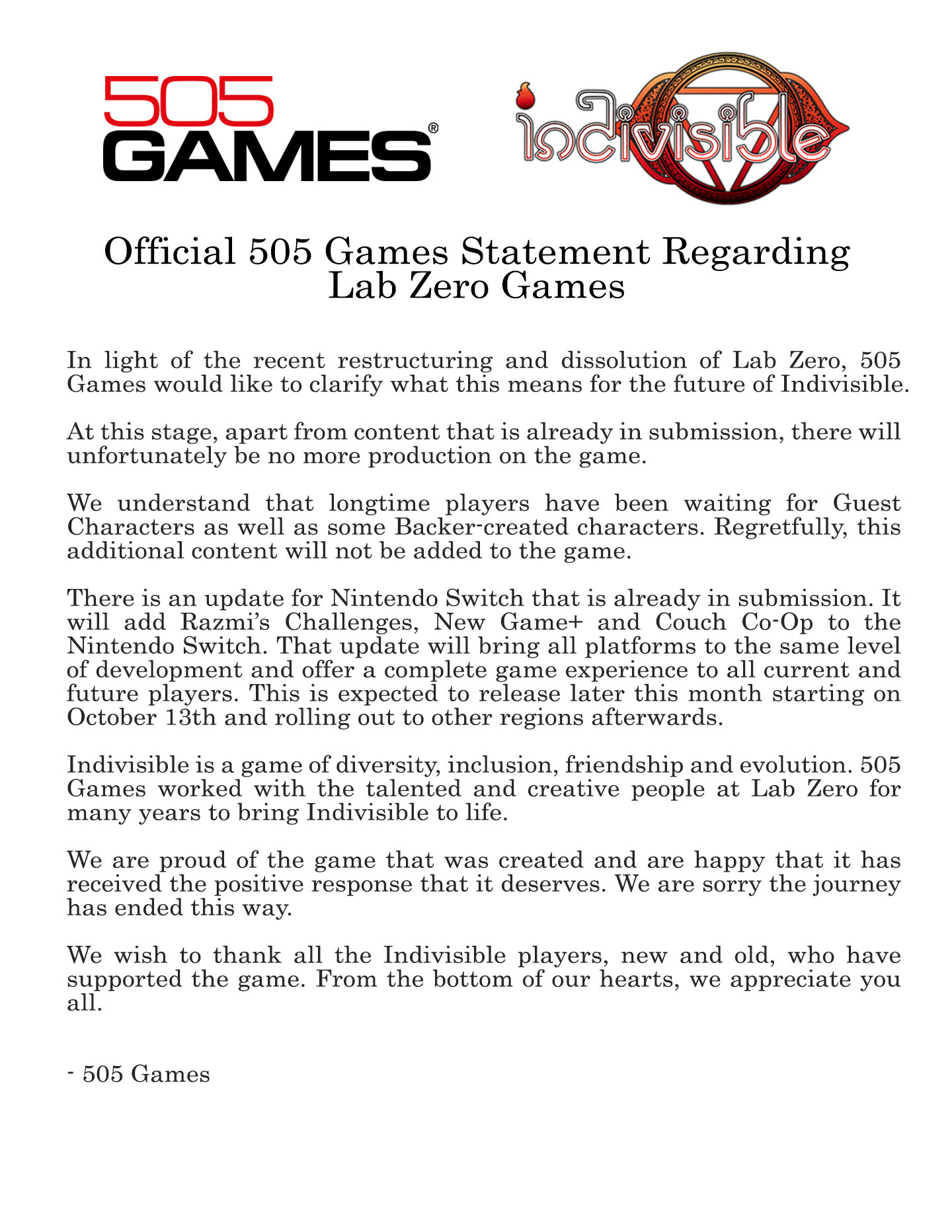