The Resident Evil 3 Remake comes to consoles and PC later this year, so let’s take a look at everything we know and, most importantly, what big changes are happening.

Capcom confirmed that a Resident Evil 3 Remake was in the works in late 2019 but details are still somewhat thin on the ground. What we do know is that some big changes are coming to Resident Evil 3 Remake, such as with the character Carlos Oliveira, though other characters will also be getting a big narrative upgrade.

Resident Evil 3 Remake releases on April 3 for PS4, Xbox One and Steam for PC. You’ll also get a copy of Resident Evil Resistance, the new 4v1 co-op spin-off.

It was written in the STARS… 💫
A Resident Evil 3 Demo is on the way. We'll have more details in the near future! pic.twitter.com/wqN2AwI3pH

There are two versions of Resident Evil 3 Remake to pre-order: the Standard Edition on all platforms and Collector’s Edition for the PS4. Both editions come with the Jill and Carlos classic costume pack and the digital PS4 edition will come with a special theme

The PS4 Collector’s edition comes with:

Sound design has also been given an overhaul and you’ll have to listen carefully to try and locate zombies and other enemies.The camera will also be over the shoulder, as it was in Resident Evil 2 Remake and there will be much more frequent action than in the original.

More details were also revealed about which characters you can expect to see in Resident Evil 3 Remake, which you can check out below: 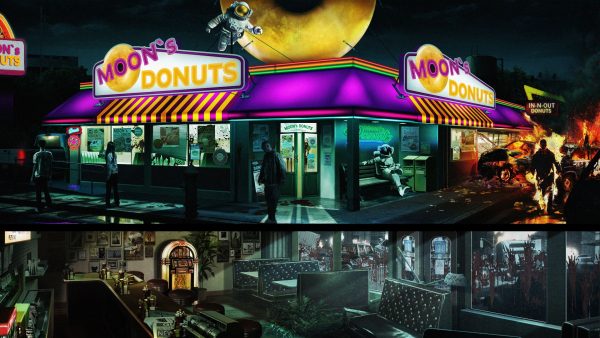 The Resident Evil 3 Remake includes Resident Evil Resistance as part of the same package, which is the 4v1 multiplayer mode previously known as Project Resistance. The comes in place of Mercenaries, the old bonus mode.