Remember that classic episode of Dragon Ball Z where Piccolo flies through some floating Z Orbs, sells a deer’s antler to buy some rice, and swaps a shiny D Medal to learn a new signature move? Me neither.

Whatever the canon, Dragon Ball Z Kakarot introduces RPG elements, as well as open exploration areas, to Aikra Toroyama’s classic story. This means there are a few currencies to keep track of throughout the game: D Medals, Zeni, and Z Orbs.

Where to get D Medals in Dragon Ball Z Kakarot

D Medals are used by your characters in Dragon Ball Z Kakarot to learn new Super Attacks. This is done at Training Grounds, which are marked by flexing biceps on the map.

There are also a couple of Trophies that require you to find and collect 10 and 100 D Medals.

Once you’ve collected enough D Medals and advanced a character’s Super Attack skill tree to the required level, you will be able to take a battle challenge to learn the new Super Attack. 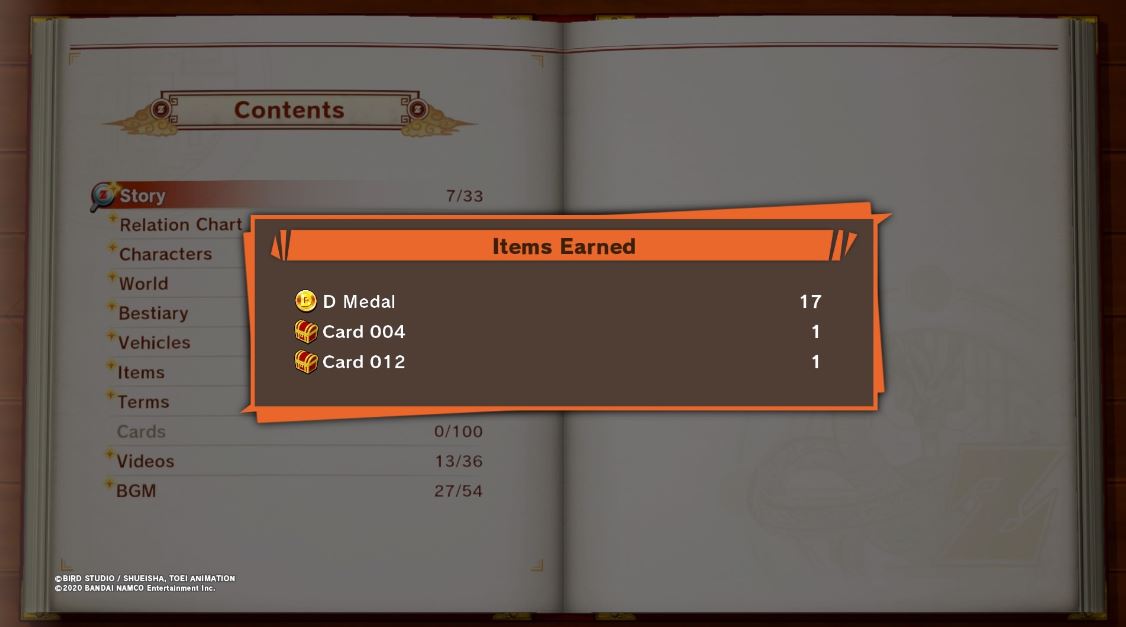 There are a few ways to acquire more D Medals. First, you can complete Substories inbetween the story quests that appear in the world. These are generally fetch quests with some short fights thrown in for good measure. However, you only tend to receive 1 D Medal at a time doing this.

Another slow source of D Medals is to find them littered throughout the world. On the World Map you can see how many are available in a particular area. Next, press the left shoulder button (L1 on PS4) to search the landscape for purple shining balls on the ground. These wandering items are often D Medals, so if you’re short, this can be a quick way to grab a couple. 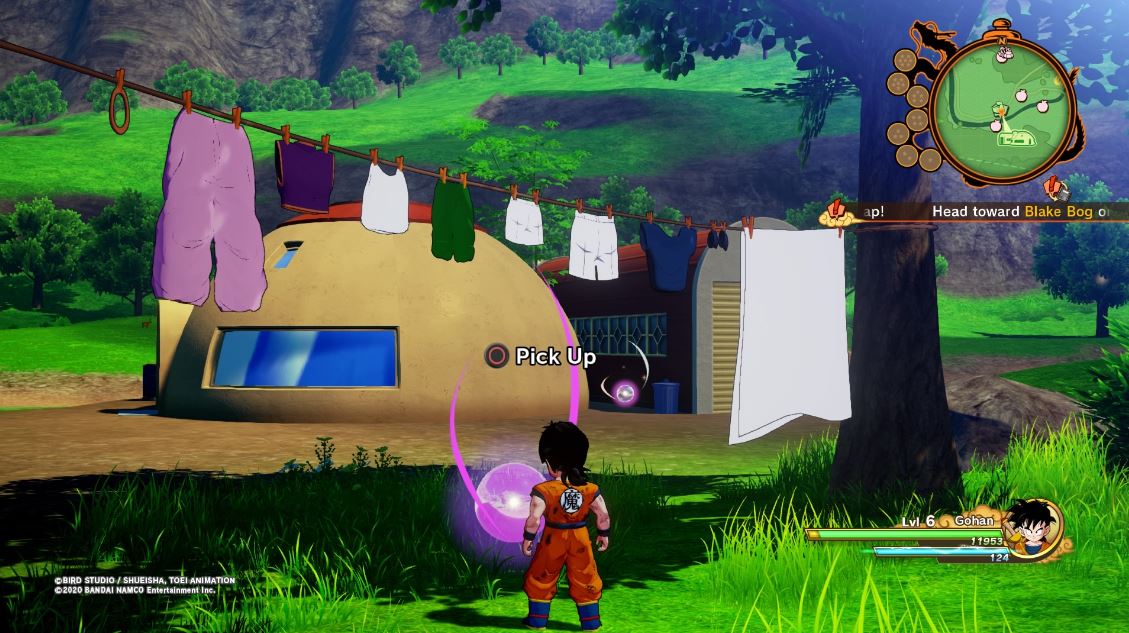 Finally, probably the quickest way to acquire D Medals is as rewards for filling out the Z Encyclopedia. As you progress through the world and complete activities like fishing, battles, and resource gathering, you will add more entries to the Z Encyclopedia.

Open it by going to the Main Menu and pressing the button prompt (Triangle on PS4). When opened, you’ll automatically receive any D Medals you’re owed – this can be a sizable amount if you’ve gone a while without doing it.

Where to get more money (Zeni) in Dragon Ball Z Kakarot

While characters you help out during quests are forthcoming with items and experience as a reward, you’re often not given any money towards buying new healing items and cooking ingredients.

Your starting tranche will run out pretty quickly, and it’s not immediately apparent how to make more Zeni.

What you need to do is sell “exchange items” to a merchant. Sometimes these are collected as byproducts from catching animals, shooting dinos, or fishing. Other times, you’ll get things like fancy earrings, urns, and necklaces from completing activities. 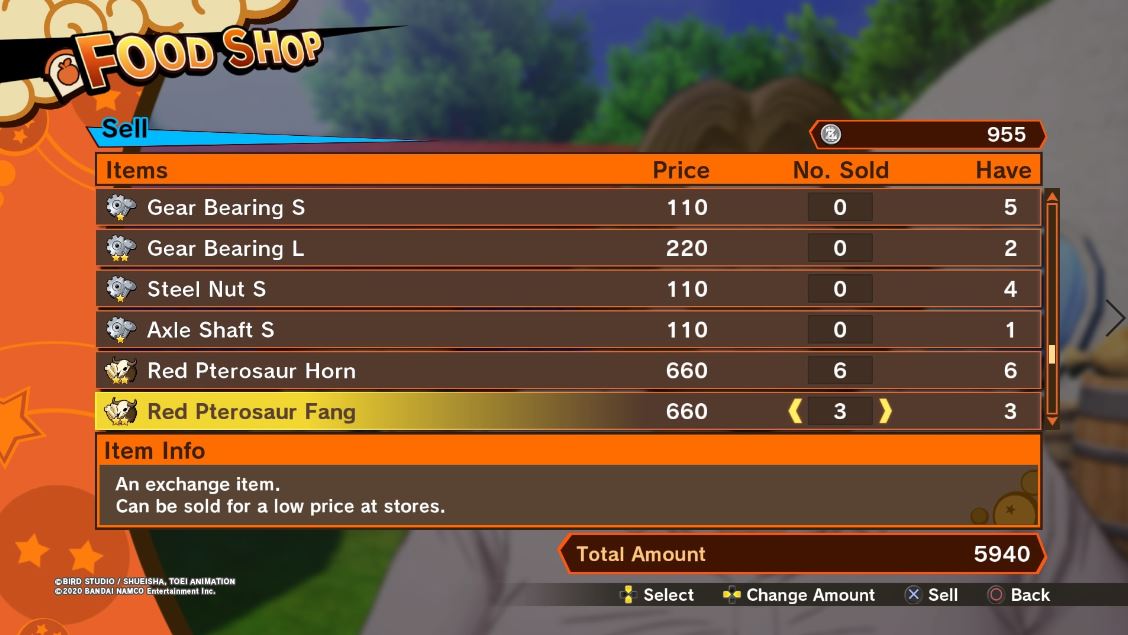 The only use for these is to sell them for funds to buy other equipment – so flog them at your leisure.

Where to get rainbow, Silver, and Gold Z Orbs in Dragon Ball Z Kakarot

Z Orbs are used to upgrade your Super Attack skill tree, increasing the effectiveness of your signature moves.

While blue, red, and green Z Orbs are readily available floating around the open map, there are three kinds that are much rarer: rainbow, silver and gold.

You can find a small amount of rainbow Z Orbs dotted around the open maps. They tend to be on their own in out-of-the-way areas. This isn’t a very economical way to collect them however. 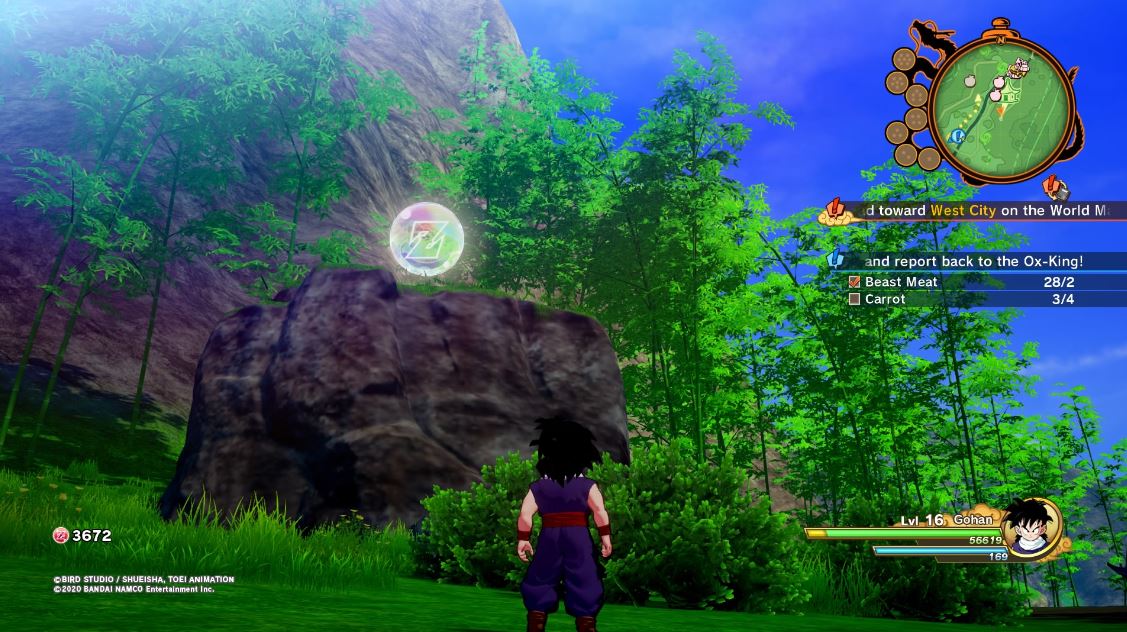 The main way you acquire more rainbow Z Orbs is through story and substory battles. Most times when you defeat a story enemy, you’ll get 2 rainbow Z Orbs as a reward. Placing Spirit Emblems in the community of the Gods increases the amount of Orbs you receive if you want to maximise your yield.

To get silver and gold Z Orbs, you need to defeat Villainous enemy mobs. These are extra tough groups of roaming enemies which spawn for a limited time in specific areas on the World map.

Areas where Villainous enemies have spawned are marked with a red crown. They are very difficult, so you’ll either need to stock up on healing items, or wait until you’ve progressed to a higher level in the story.

For more on Dragon Ball Z Kakarot, here’s our run-down of every Spirit Emblem we’ve found so far.

And here’s what we thought of the game in our pre-release preview.