You have skills. Gamer skills. None of them are going to land you a job, or contribute meaningfully to society, but you carry them with you all the same – from one world to the next. Mainstream games generally share enough DNA that your thumbstick aim and reflexive knowledge of when to stab yourself with a syringe can give you a meaningful head start.

That’s not so much the case with Death Stranding. While a familiarity with Metal Gear’s stealth will come in handy from time to time, the fundamentals of Kojima’s third-person hiker aren’t mainstream at all. To internalise its essential skills, you’re better off turning to the simulation genre – where people have been carrying fragile parcels across unsteady terrain for decades. Get yourself to Steam and learn the art of logistics.

Packing your load, so to speak, is a crucial aspect of Death Stranding. Even if you auto-optimise your backpack into a sensible shape, you’ll still have to make important decisions during the journey about what cargo to pick up and where to put it. To hone that process, you could do worse than spend a day or two with the knackered Trabant that stars in Jalopy. 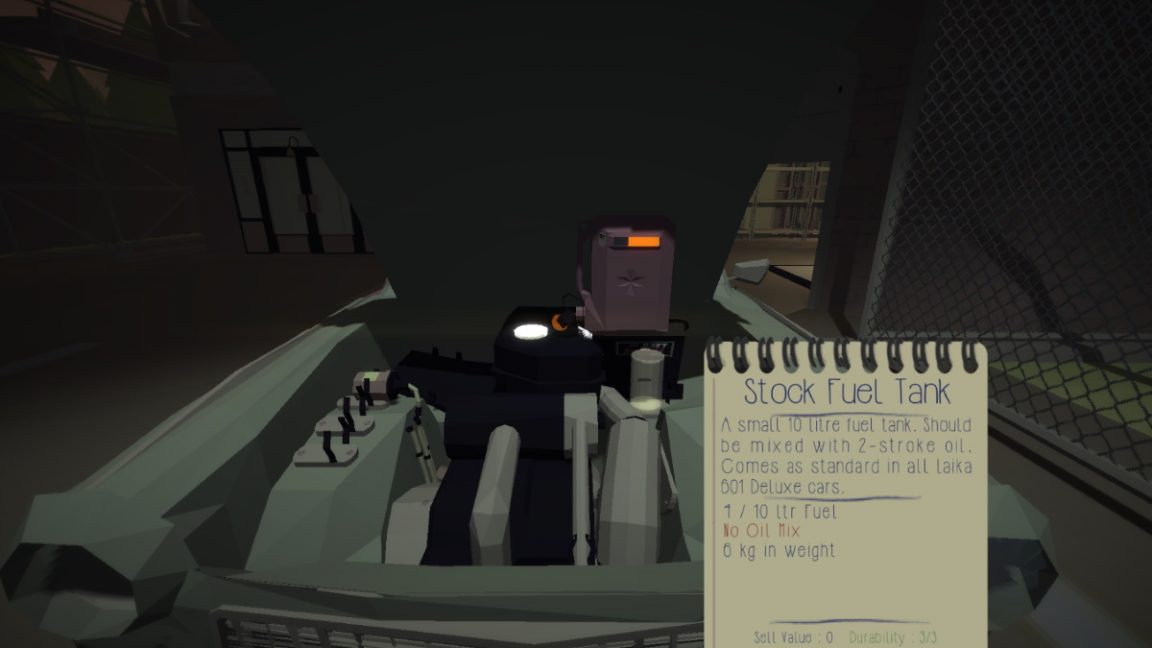 In this Eastern European road trip, as in Death Stranding, your goal is to make steady progress from one city to another. And, as in Death Stranding, you have to anticipate what’s likely to go wrong. Rather than ladders and cargo repair spray, you’re filling up the Trabant’s tiny boot with spare tyres and car jacks. But you’ll need to leave room, too, for contraband you could sell for a profit at the next stop, and the replacement parts you mind find in abandoned vehicles by the side of the road. Without those, the whole trip will eventually shudder to a halt.

It’s not the inventory Tetris that’s tricky so much as the calculations you’re forced to make on the fly. In both games, the worst thing you can do is attempt to bring everything. Weighing the Trabant down too much will quickly drain your tank and leave you pushing its bulk into Istanbul on foot – a mistake you don’t forget in a hurry.

While Sam runs on Monster Energy rather than petrol, the principle is the same. Sinking his back and shoulders into the earth will compromise his total stamina, which is what prevents you from sliding backwards down steep slopes or losing your footing in a river. Jalopy teaches you to be shrewd and decisive when packing, rather than set yourself up for disaster. 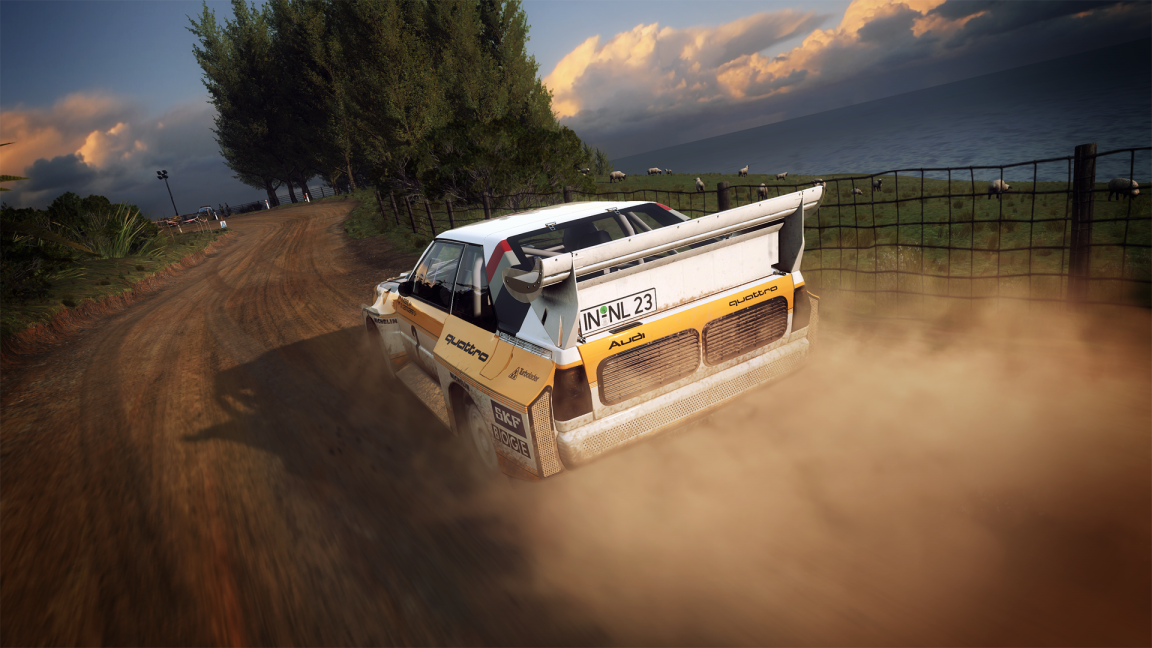 Either the original rally sim or the more recent – and more expensive – sequel will do. They’re both driven by a physics model that demands you get to grips with the way weight transfers in motion. The tracks are tight and exacting, often banked by snow or lined by ditches, and slowing right down for every bend isn’t an option – not if you want to threaten your rivals at the top of the scoreboards. Instead the key is in throwing the weight of the car to where you need it, via gentle turns and braking, allowing momentum to take you around the corner.

The answer is almost never to yank the thumbstick in one direction or the other, and that’s a lesson that applies to Death Stranding. Sudden turns might be tempting when you’re at risk of tumbling off a cliff, but there’s no surer way to tip your teetering pile of packages into a ravine.

In one sense Death Stranding is kinder than Dirt Rally, in that it actually provides you with a racing line of sorts. Keep a look out for dirt paths – these are a part of the game’s background connectivity and appear over the routes players take most often. If you’re looking for the safest and most efficient way forward, that’s likely to be the one.

Many reviewers have drawn a line between Death Stranding and SCS Software’s cult favourite logistics sim, with good reason. A game about slowly connecting up the US through the careful transport of goods? Kojima practically owes his premise to a bunch of lorry enthusiasts in Prague. Though mercifully, no Truck Sim supplier will ask you to cart jarred babies across state lines. 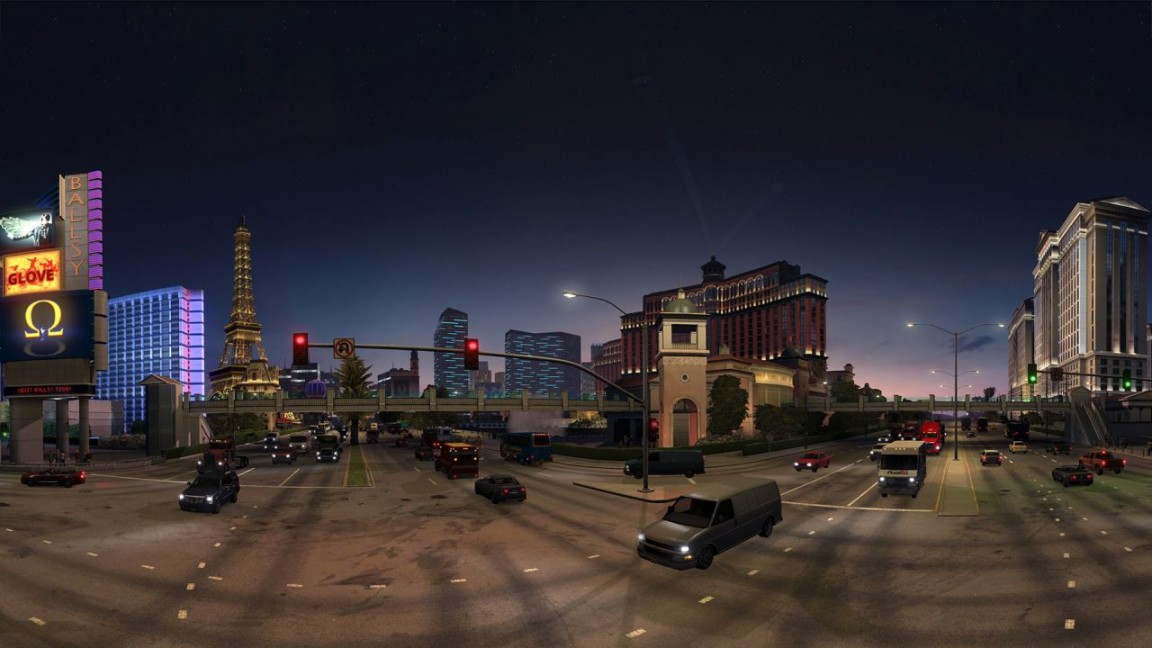 It’s not just the high level concept that’s recognisable, mind – the Truck Sim games are great teachers when it comes to balance. Your vehicle’s eighteen wheels and massive size keep it the right way up the vast majority of the time. But a reckless disregard for camber can send you sliding sideways across the verge, leading to a botched delivery, to use a BB-appropriate term. That’s something to bear in mind when steering Sam over uneven terrain, particularly the rocks that tend to border water. Those currents will sweep away your cargo in seconds should you fall over.

Stopping isn’t quite so complicated in Death Stranding as in American Truck Sim, where it requires several inputs beginning five or ten seconds in advance. But you’d be wise to think of Sam as a runaway tanker – once you’ve picked up enough speed downhill, disaster is all but assured.

Death Stranding is slow to throw challenge at you, but its lack of reloads makes it unforgiving. A few hours with its unlikely sim brethren will put you in good stead, and let you spend less time crying over spilt cases.

Need more Death Stranding advice? Here’s how to follow Higgs to the beach, help with crossing the tar belt, some clarity on what Aphenphosmphobia is, and crucially, what the hell is going on with Death Stranding’s plot.