This Stranger mission is available from as early as Chapter 2 of the game, while you’re camped at Horseshoe Ridge near Valentine.

The Smell of Grease Paint has a couple of parts, but is relatively quick to complete.

Your quest begins to the in the northeastern corner of Red Dead Redemption 2’s map – in the Van Horn Trading Estate. While the place is quite bleak on the whole, towards the bottom edge is an old-timey swing-door saloon. 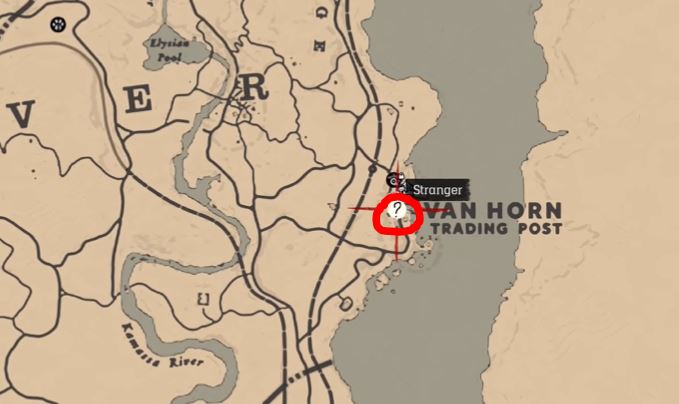 Enter, and you’ll overhear a conversation between Bertram and Miss Marjorie. Wait until they’ve finished speaking for the whole story, then wander over and greet Marjorie to trigger a cutscene.

The ensuing altercation works like any other fistfight in the game. His blows can be blocked and dodged like any other, and you need to wait for an opening in his guard to strike. After about 10 blows, he’ll go down and another cutscene will start.

Miss Marjorie and Bertram will leave the bar, but not before she asks you to track down Magnifico and bait him into making a racket so she can haul him back into their show.

You can find Magnifico further to the south of Van Horn, close to the bank of the Kamasa River. This triggers the second part of The Smell of Grease Paint. 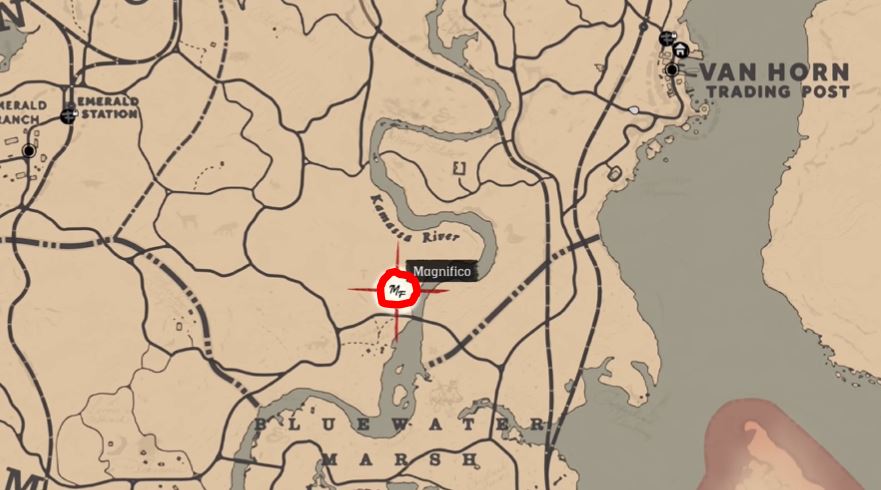 When you approach his camp a cutscene will play.

As he runs, follow the coloured smoke down the hill and across the river.

When he drops three plumes of smoke and your objective changes to “search in the smoke for Magnifico”, you need to run through all three clouds for the chase to progress.

You’ll eventually chase him to a clearing where he disappears again. He’s up a tree in the northeast corner of the highlighted area, but you’ll need to amble around to get him to appear.

Speak to Magnifico again in the tree and he’ll disappear again, before reappearing over to the east.

Chase him again towards the train tracks and other cutscene will play that finishes this part of the Stranger mission.

To see the fruits of your labour, travel further south the city of Saint Denis. Here you’ll find a playhouse where you can watch vaudeville variety performances – and guess who’s up next. 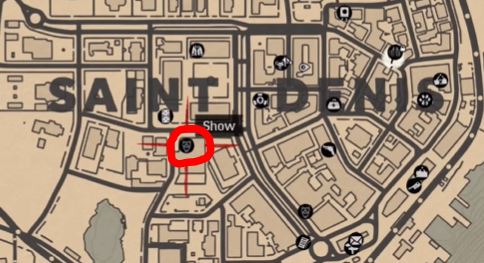 For more help with Red Dead Redemption 2, check out our guide for the “All that Glitters” Stranger which leads to the Jack Hall Gang Treasure.

Or if it’s just cash you’re after, here’s how to make money quickly in Red Dead Redemption 2.

You can find all of our pages here, in our comprehensive Red Dead Redemption 2 guide.