A new Halloween event is coming to Pokemon Go later this week. 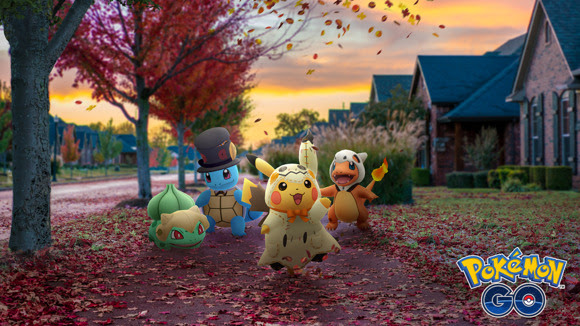 The limited-time event introduces costume-wearing Pokemon, both in raids and out in the wild, as well as spooky Field Research tasks, and new Shadow Pokemon who need rescuing from the wiley Team GO Rocket. New Ghost and Dark-type Pokemon will also start to appear in the wild, in Eggs and throughout raids, says the developer. Additionally, the Pitch-Black Pokemon Darkrai will be making its debut this week in five-star raids.

October 17 will also see the release of new avatar items to the Pokemon Go Style Shop, which includes an fashionable Pikachu onesie and a Zubat bag. These will be permanent additions to the game. Check it all out in the video below.