While it’s not exactly climbing the Matterhorn, Borderlands 3 isn’t a walk in the park either. Some of the toughest battles in the game are the numerous boss fights – and one particularly difficult one we’ve encountered is the Katagawa Ball. 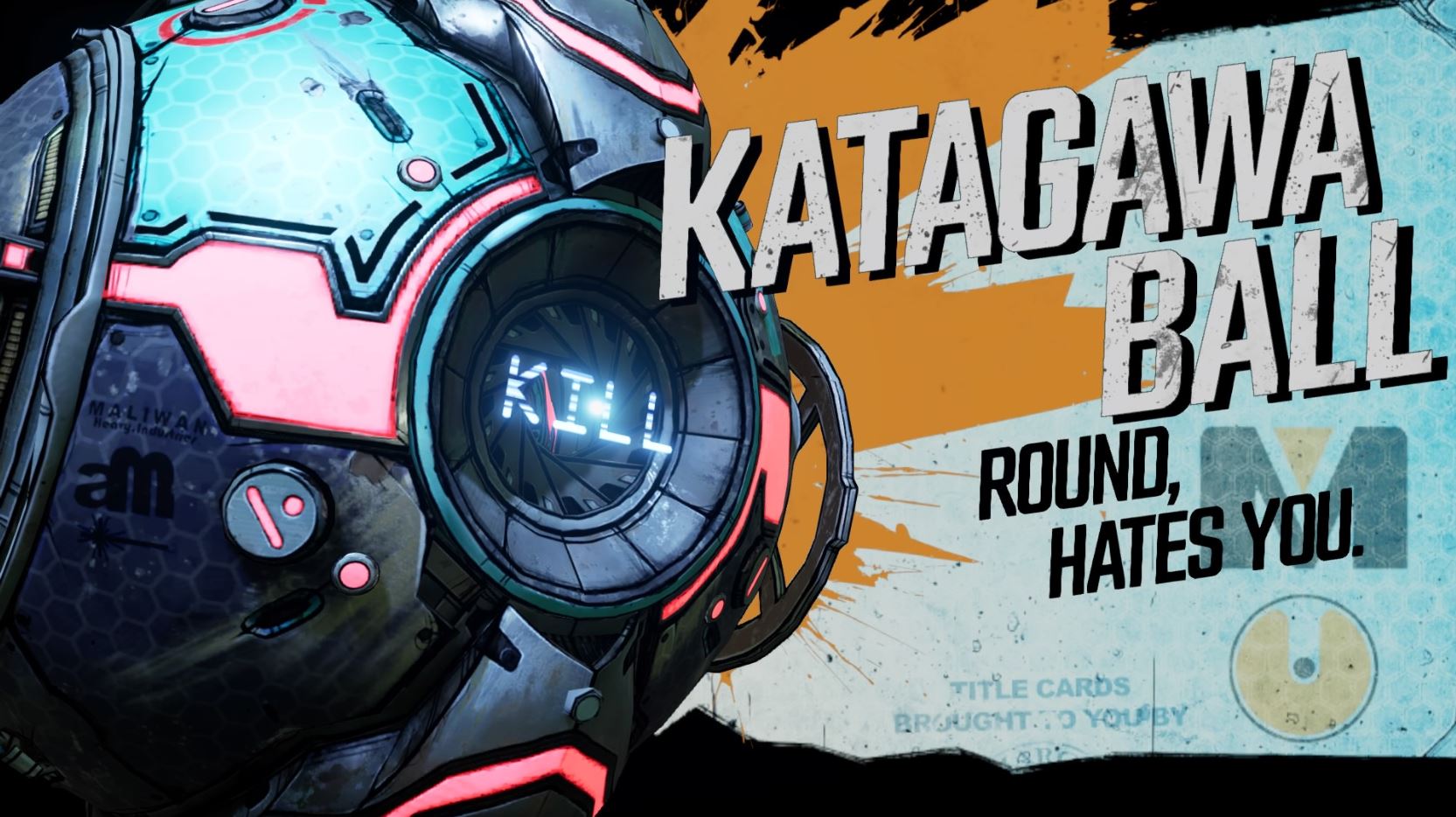 The Katagawa Ball boss fight is particularly tricky because there’s a definite trick to it, but there’s a hearty amount of cheese you can mix in too.

Here’s what you need to do to defeat the Katagawa Ball in Borderlands 3.

There are three layers to this fight: one of armor, and two of shields.

The trick to the fight is to use a weapon type that’s super-effective against the stage of boss you’re at. For armor, that’s Corrosive element. For shields, that’s Shock.

This is important because the right type of damage reduces the boss’ health bar much, much more quickly than conventional damage – which is very useful when confronting the almost constant assault of the Katagawa Ball.

Personally, I think you can get through this without an armor-effective weapon if you’ve got something good like the Rick and Morty Shotgun that can deal decent damage instead.

A good shock weapon is pretty imperative though, and it’d be best if you can get one that fires projectiles rather than a beam so you don’t have to try and stick in close.

If you’ve got all the right guns and running and gunning just isn’t working, here’s a lovely cheesy strategy to try that I used on my first run-through.

At the far end of the room, top left next to the window, you can hide behind some piping. Here’s a screenshot: 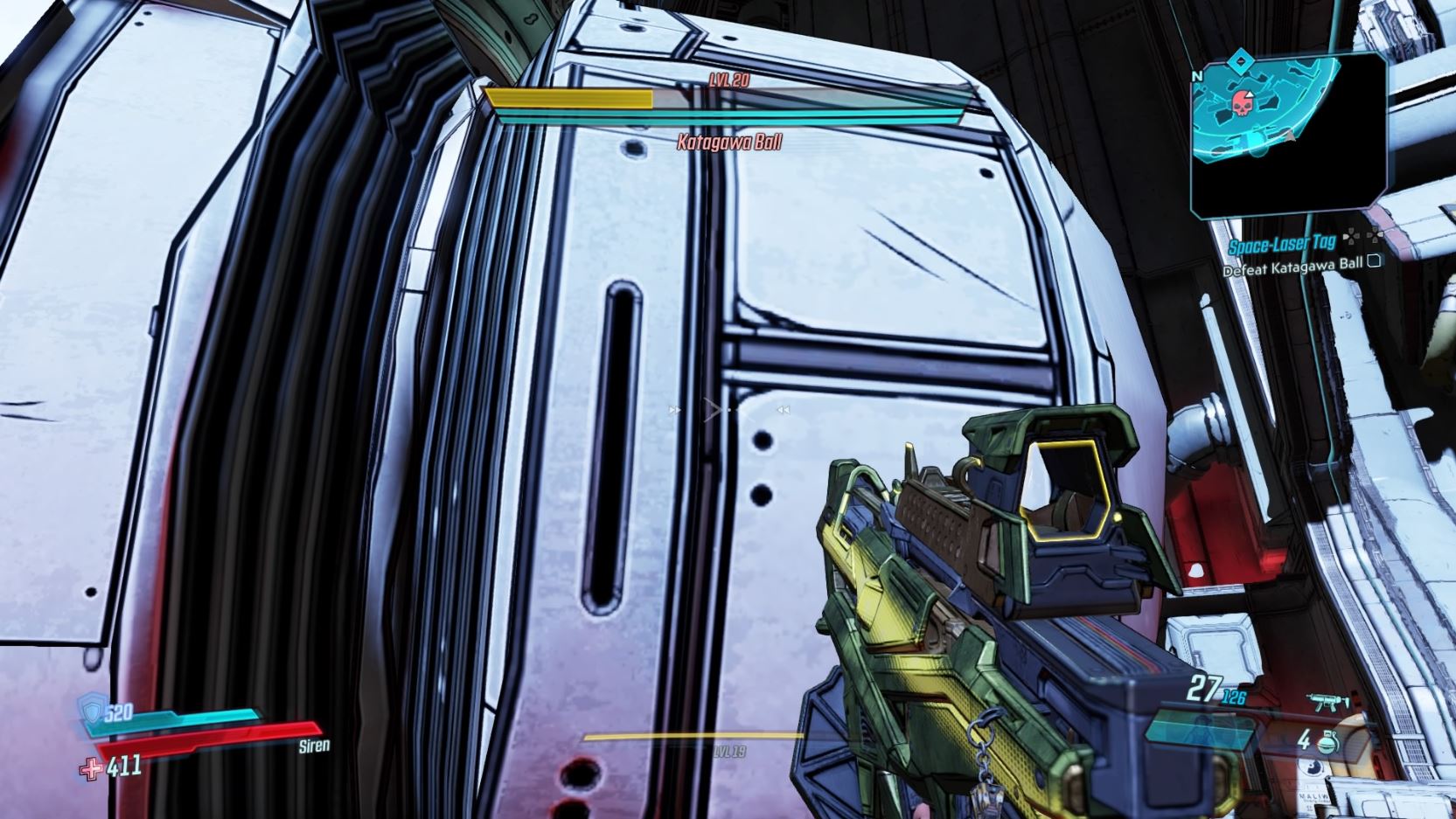 If you literally press your face up against it, then the Katagawa Ball’s basic attacks don’t seem to be able to hit you. Then you can pop out and fire off a few shots before it fires up again.

You can then rinse and repeat this strategy until all three forms are down.

There are only a couple of situations where you need to move. The first is the fire grenade attacks which the Katagawa Ball can use to create an area-of-effect on the floor. These don’t seem to always hit you if you’re pressed right up against the scenery, but if you do get caught then you can move out of the way further behind the piping.

The second time you need to move is when the Katagawa Ball itself moves up onto the platform in the middle of the room, to the left of your hiding spot, which gives it an angle on you behind the pipe. Simply move around the other side of the pipe to put it between you and the boss again. 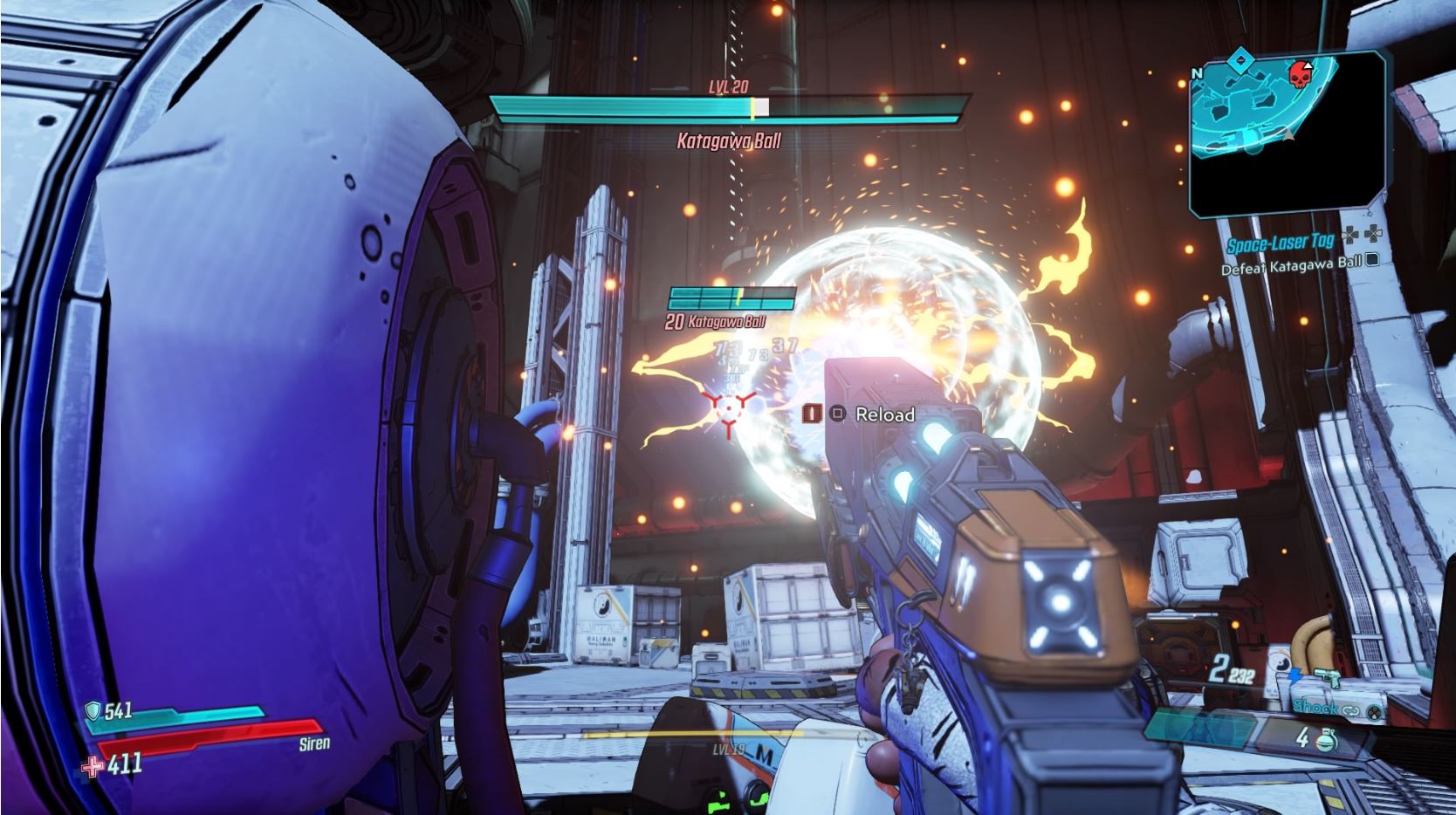 As I say, rinse and repeat and you’ll take it down. 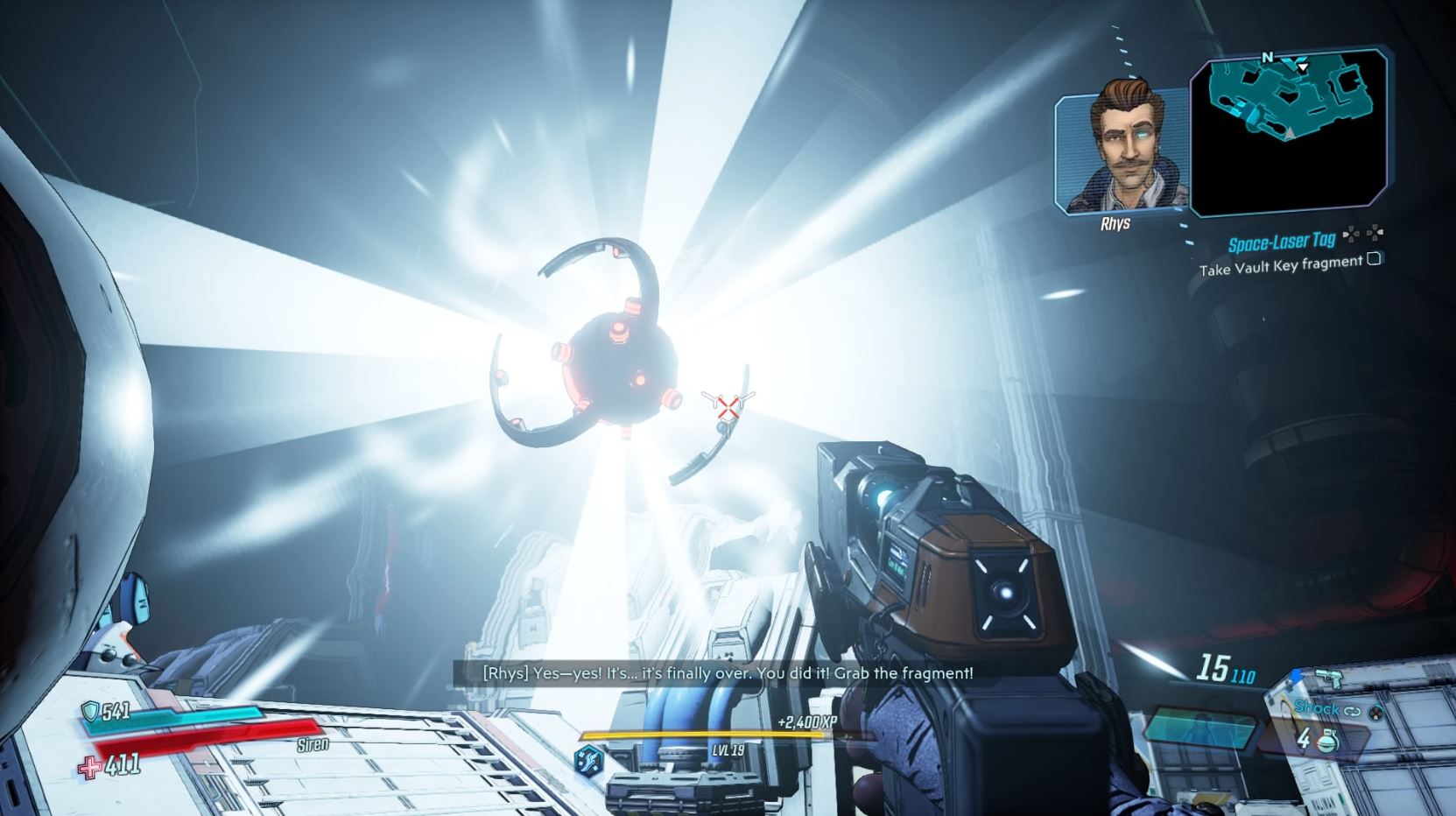 For some advice on how to create the baddest Vault Hunters in Borderlands 3, take a look at our Character Builds guide!

As well, there are tons of easter eggs to find from things like Game of Thrones, Lord of the Rings, and a One Punch Man legendary shotgun.