Niantic and The Pokemon Company are celebrating Pokemon Go’s third anniversary and the festivities kick off tomorrow.

The Pokemon Go third anniversary kicks off on June 28, and this year there are various activities available.

Once per day, you will also have a chance at catching a Pikachu wearing a party hat when you take a Go Snapshot photo. You can also catch the hat-wearing Pikachu by hatching it from 7 km eggs.

From tomorrow through July 6, avatar items featuring the team leaders’ personal styles will be available in the Style Shop. 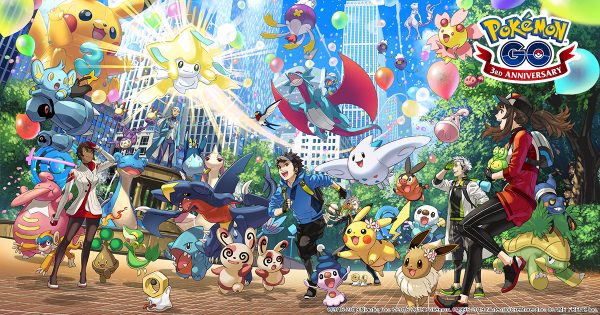 And from then until September 2, Trainers can complete new Special Research for rewards that will “jump-start their new or continuing adventures.” This Special Research is only available this summer for players at level 10 or higher.

Raid bonuses will also be in effect, allowing you to take down Raid Bosses faster and earn extra bonus Premier Balls.
Finally, Niantic as decreased Stardust costs for trading by 1/4%.