As it turns out the movie is actually quite good, so it feels right to celebrate it in Go. The Pokemon Go Detective Pikachu event has a bunch of different bonuses including changes to Pokemon spawns, special raids, movie-themed research missions, double catch XP, a new shiny Pokemon and, as mentioned, a chance to catch a Detective Hat Pikachu yourself – though through very specific means.

The Detective Pikachu event runs until Friday, May 17 at 1pm Pacific Time. On this page, we’re going to list how to catch a Detective Hat Pikachu, the special Field Research Missions, plus list all the other bonuses for this event – just keep scrolling.

How to catch Detective Pikachu in Pokemon Go

In the movie and the original Nintendo 3DS game, two things set Detective Pikachu apart. They’re both pretty obvious. For one, Detective Pikachu can talk, which is all part of the unraveling detective mystery in the movie. But also, and perhaps more importantly, Detective Pikachu wears a hat. And we all know how much Pokemon Go developer Niantic loves to put hats on Pikachu.

If you want to catch a Detective Pikachu in Pokemon Go, you now can – but only for a limited time, and only as part of this special event. Furthermore, unlike previous themed hat-clad Pikachu, this one doesn’t just randomly spawn in the wild – you’ll have to put a little more work into it.

Catching a cute Pikachu in the Detective Hat is pretty simple, all told – the method is the same as the one used to catch rare and mischevious artist Pokemon Smeargle in Pokemon Go. Smeargle only shows up via the game’s augmented reality camera – so you need to take photos of other Pokemon you’ve already caught. If you’re lucky, it’ll photobomb you, appearing suddenly in a photo you’ve taken. The same is true of Detective Pikachu.

Here’s the instructions broken down: 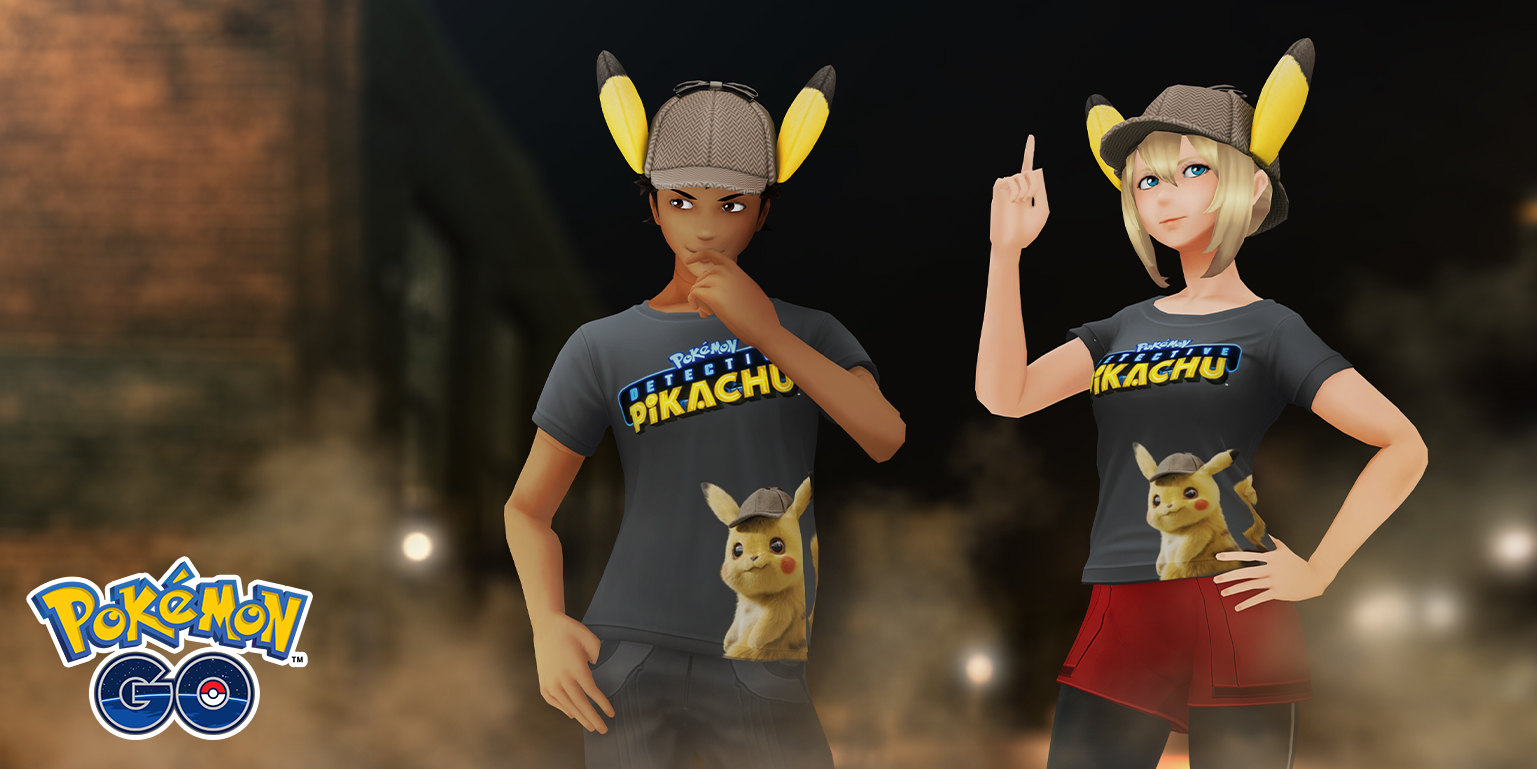 These quests and rewards are pretty cool, and they make use of Pokemon from the film. The quest names might confuse you if you haven’t seen Detective Pikachu or the trailers, since the quests relate to Pokemon in the movie and ask you to catch a specific Pokemon by using slightly abstract descriptions. This is a little different to other missions. One major reward here is a guaranteed Ditto, which can help you to progress through Special Research Quests for Celebi and Mew. Without this quest, catching a Ditto is down to pure, blind luck, so this is a great time to tick those quest objectives off.

All of the Pokemon it asks you to catch have their spawn rate increased for the duration of this event, through May 17.

One extra bonus of the Detective Pikachu event worth talking about is how one of the event bonuses gives you a better chance to catch some shiny Pokemon. Spawns are increased for all Pokemon that are featured in the film, and that includes Pokemon with a shiny form. While the shiny rate is not increased, more Snubbull or Psyduck out there also means more opportunities for one of them to be shiny.

There’s also an all-new Shiny, Aipom, which means it and its evolution Ambipom now have Shiny Pokemon Go forms. Aipom is also one of the Pokemon with increased spawn rates.

Aside from the two big bonuses above, there are some other rewards and changes to Pokemon Go being made for the duration of the Detective Pikachu event (which, to reiterate, is through May 17th at 1pm Pacific Time). Here’s some of the other bonuses you can expect to enjoy: