The first is the Ribeyrolles 1918, an assault rifle available to the Assault class. This weapon returns from Battlefield 1, but it’s much more usable in Battlefield 5.

In fact, it’s reportedly a bit too good. The Ribeyrolles 1918 has a low rate of fire compared to other assault rifles, but it more than makes up for it in accuracy. When used with a 3x optic, you’ll fire consistent, accurate shots at range that rival those of semi-auto rifles. 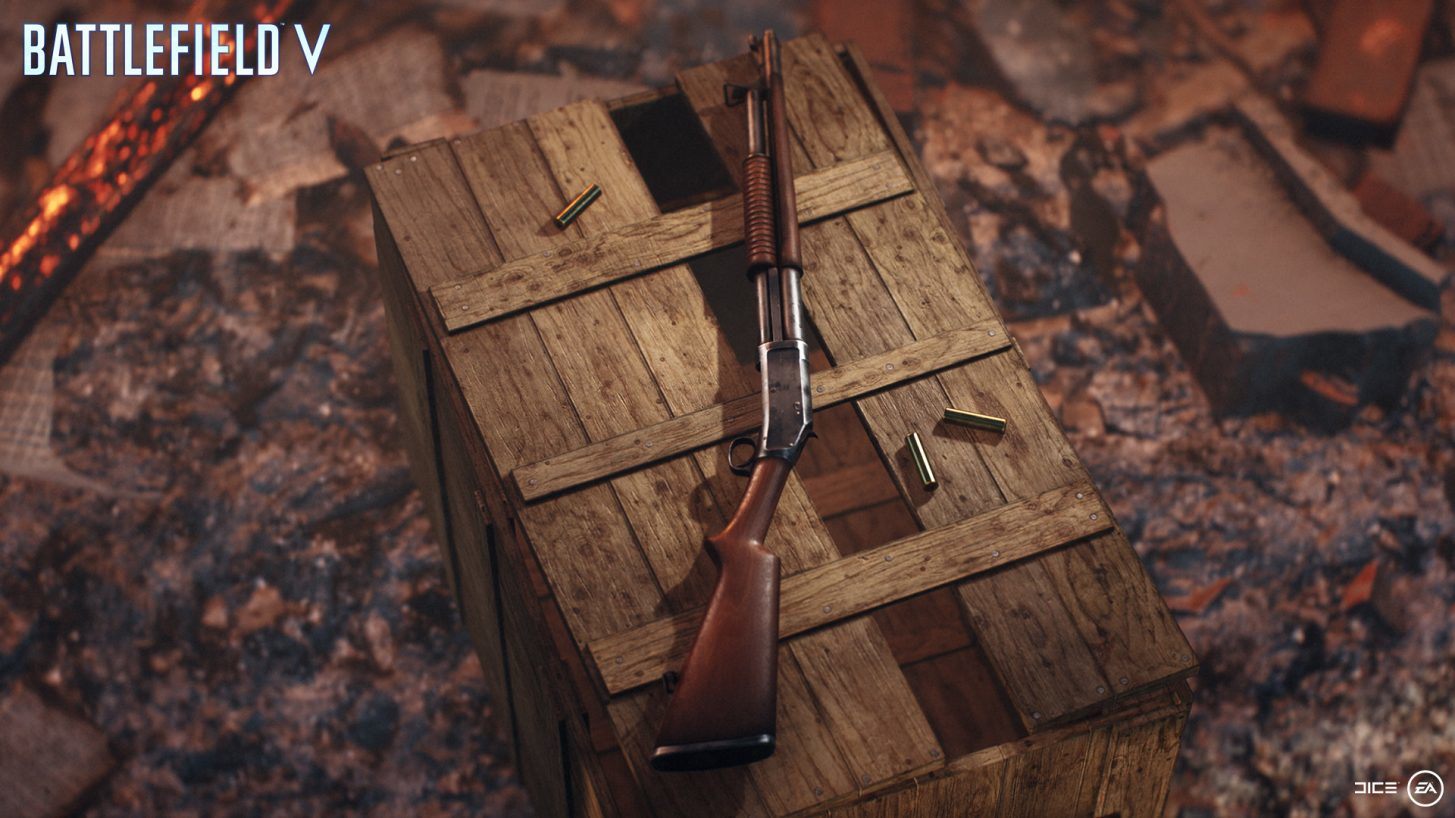 Then there’s the M1897 shotgun, which also returns from Battlefield 1 – where it was known as the M97 Trench Gun. This pump-action shotgun is available for the Support class, and should slot nicely into the class’s arsenal of shotguns, which is currently a bit under equipped.

The new weapons are available to any Battlefield 5 player who logs on from now until January 3. It’s not a massive window, but players who miss out will be able to purchase them with Company Coin (in-game currency) later. You’ll find the weapons waiting for you in the Armory, where you usually get cosmetic unlocks.

They also do not appear to be locked behind certain class levels, so should be accessible by all.

These weapons are obviously not upgraded, so you’ll have to do the work to unlock their various points of Specializations.

In other Battlefield 5 news, DICE recently reverted TTK back to its launch values, and apologised to the community.