The last Pokemon Go Community Day event of the year kicks off on November 30 and celebrates a year’s worth of events with the return of every Pokemon species that has appeared during the events throughout the year. So keep your eyes peeled for Bulbasaur, Charmander, Squirtle, Pikachu, Eevee, Dratini, Chikorita, Cyndaquil, Mareep, Larvitar, and Beldum who will appear more frequently in the wild.

As an extra treat, all of the featured moves from each Community Day will also be included for your evolved pokemon to make the most of.

And lastly, special bonuses will be available for a three hour period in each region.

Cyndaquil and its evolutions Quilava and Typhlosion are the focus of this month’s Community Day. You can read more about that here. 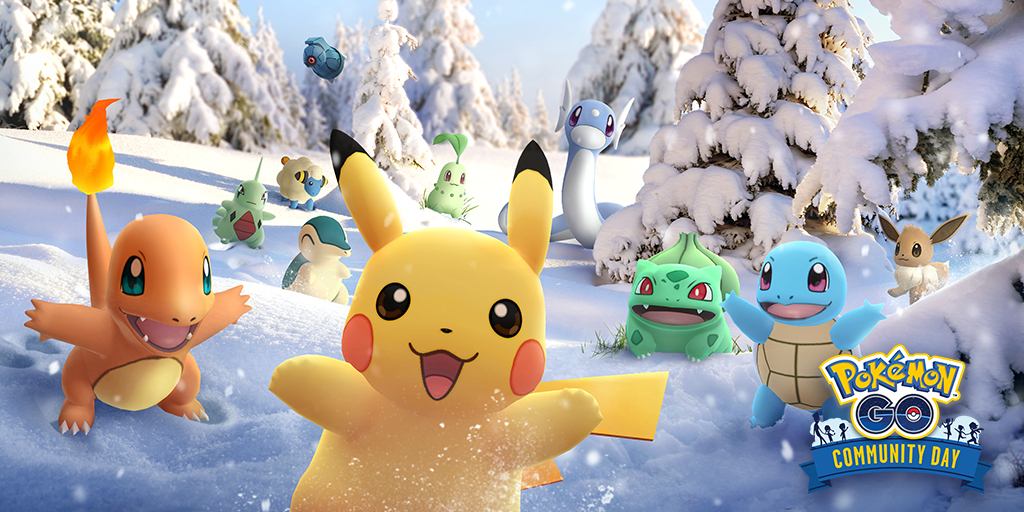 To celebrate a whole year of Community Days, December will see a weekend-long event starting November 30 and ending December 2, so there’s plenty of time to catch yourself any critters you might have missed over the course of the year.

Spawn rates for all 11 pokemon are up, and as well as extra XP and Stardust, all of the featured moves from each Community Day so far will be available.

Ninatic Labs held the first Community Day event in January with Pikachu. It’s continued since then: