Rare decided to do something a little different with achievements in Sea of Thieves.

Sea of Thieves has 60 achievements (for a total of 1000 points) that Rare promises span a wide range of in-game activities. Rather than wait for the list and requirements to be leaked on achievements sites, the developer published the whole thing.

The only catch is that their descriptions aren’t exactly clear about what you’ll need to do to unlock them. Every one is presented as a riddle, which is a clever way of protecting their content. It’s also more fun than your typical achievement lists, and keeps in-theme with the game’s riddle-filled quests.

Commendation achievements also double as pirate titles, and they’re unlocked, along with the pirate title, when certain deeds are done. These have five difficulty
levels.

Rare also created custom art for each one of them, which on Xbox One can double as a home background when you do unlock them.

The full list is available below, but if you’re not a fan of riddles, you can check out the official forums to see the few of them the community managed to parse. 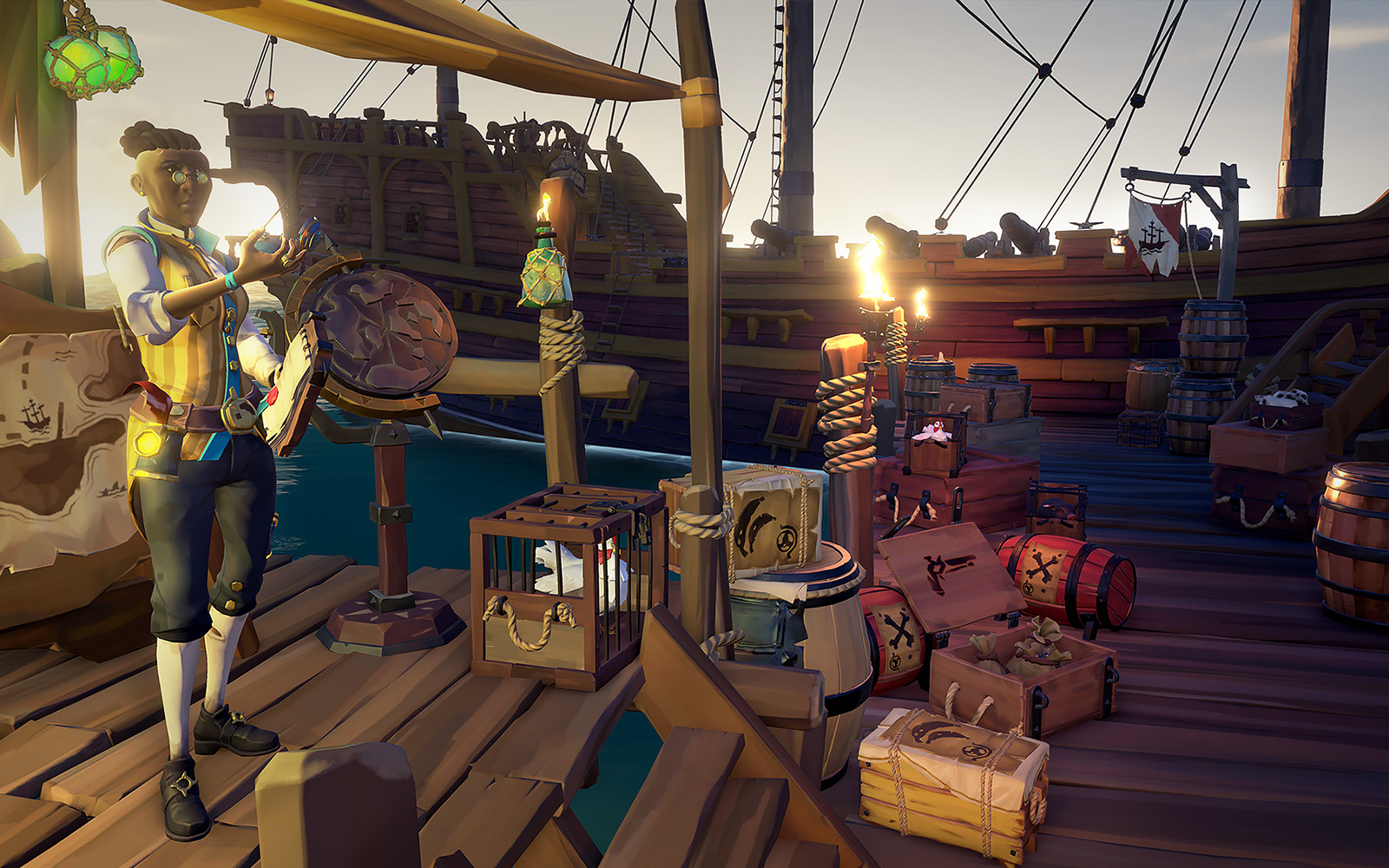