Don’t buy Destiny 2: Curse of Osiris, and stop playing Destiny 2 until it gets a really thorough overhaul. This is my advice to you, and it comes from the heart.

From a hardcore, Destiny-is-my-lifestyle perspective, Curse of Osiris is not very good. It’s not very good because there simply has not been enough time for Bungie to pivot on post-release Destiny 2 criticism, given the developer’s habitual glacial pace in these matters.

All of Destiny 2’s problems continue in Curse of Osiris, and there aren’t enough quality additions or significant alterations to change anybody’s mind. If you think Destiny 2 had a flimsy story, awkward characters and embarrassing dialogue, Curse of Osiris is more of that. If you think Destiny 2 was a shallow, repetitive shooter wrapped in bafflingly opaque and ultimately unrewarding progression systems designed to cater to all kinds of players without really nailing any of it, well, there’s more of that too. 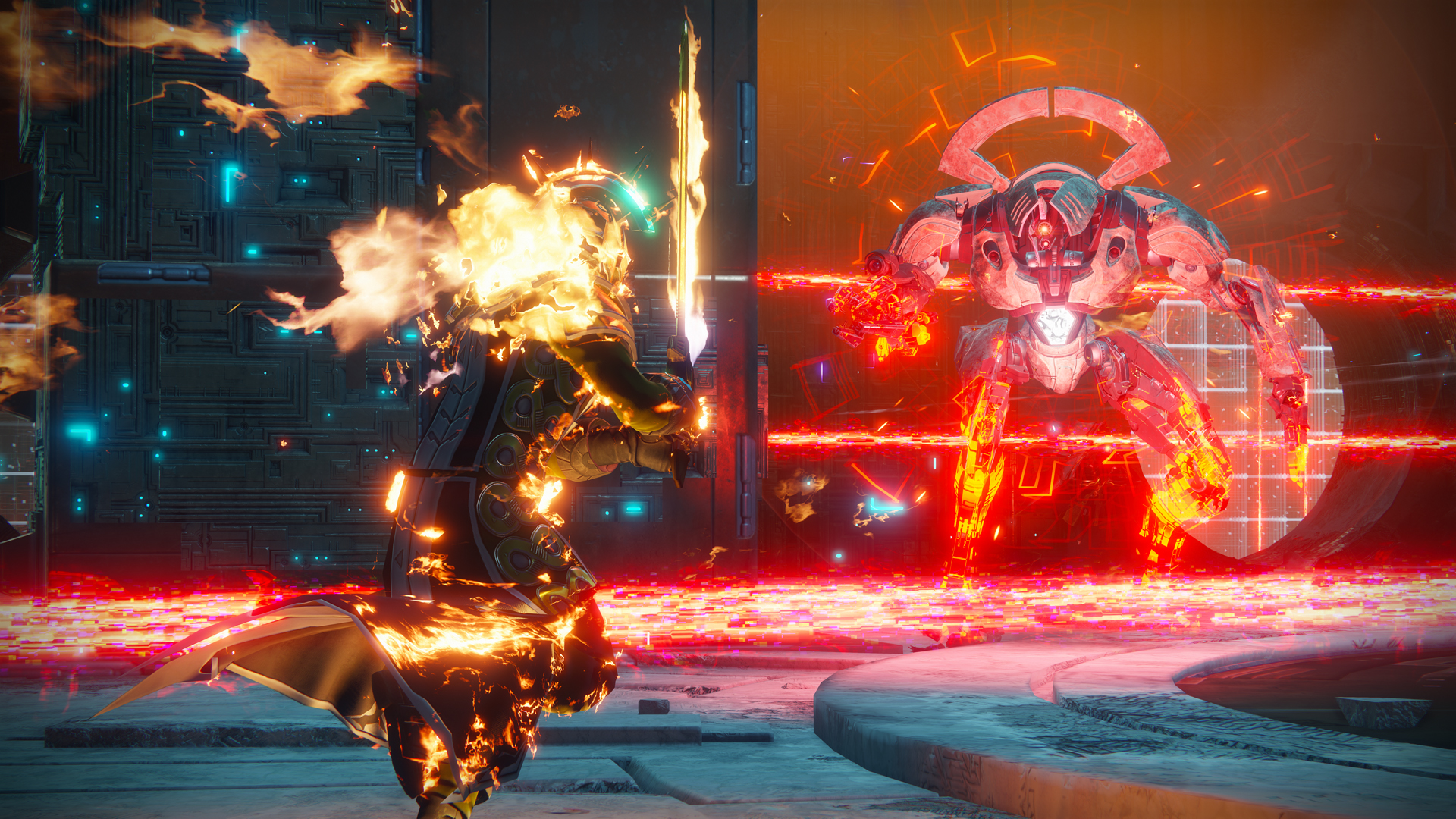 Here are some things I don’t like about Destiny 2: Curse of Osiris.

One: the arrival of Curse of Osiris has walled off endgame content for vanilla Destiny 2 owners, to the point where you can’t even get the Platinum trophy, or one of the most powerful Exotic weapons, unless you own the DLC – even though they were available in the game you paid for just last week. That’s super shitty, Bungie, and I honestly can’t believe you did it again.

Two: most of the cool stuff in Destiny 2: Curse of Osiris is cosmetic, and locked up in Bright Engrams. To give it credit, Bungie seems to have retooled XP gain so that you can earn these faster than the painfully stingy way they were handed out before the update, but if you dislike loot boxes you’re not going to be very happy with this scenario. If you don’t care about cosmetics, hooray for you – but since the Kinectic/Energy/Power/Exotic sandbox in Destiny 2 balance is flat and dull as a Sao biscuit, the endgame for hardcore players is mostly about cosmetics. 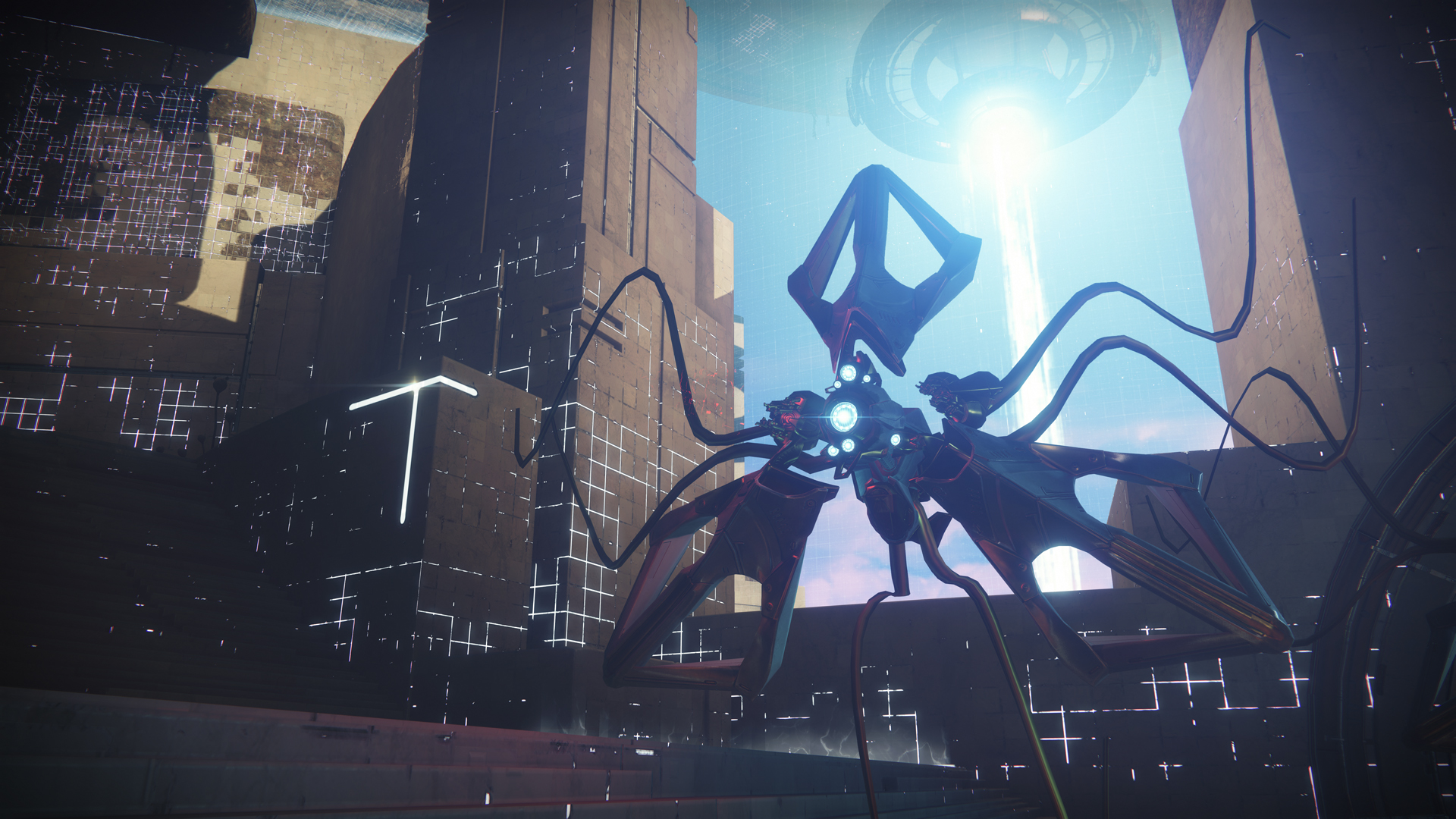 Three: the story campaign is rubbish. Osiris is barely present; there is no exciting lore outside tool tips only hardcore fans will be able to comprehend; the boss looks like a kid’s cartoon; the dialogue is just terrible. (“You’re welcome.” Please explode.) You won’t miss anything by skipping this chapter.

Four: Mercury is tiny. It’s so tiny! It feels smaller than some of D1’s PvP maps. It has just one Lost Sector, and the huge new Public Event is very underwhelming. For two days running there has been a Challenge to beat up 75 Cabal and let me tell you running laps of this tiny, painful-to-navigate space waiting for Cabal to spawn in three at a time has made me hate Mercury forever. There is new landscape on other planets, actually, and the past Mercury timeline you access in some missions and Adventures is gorgeous. You only visit these spaces for a short time, however. Why! 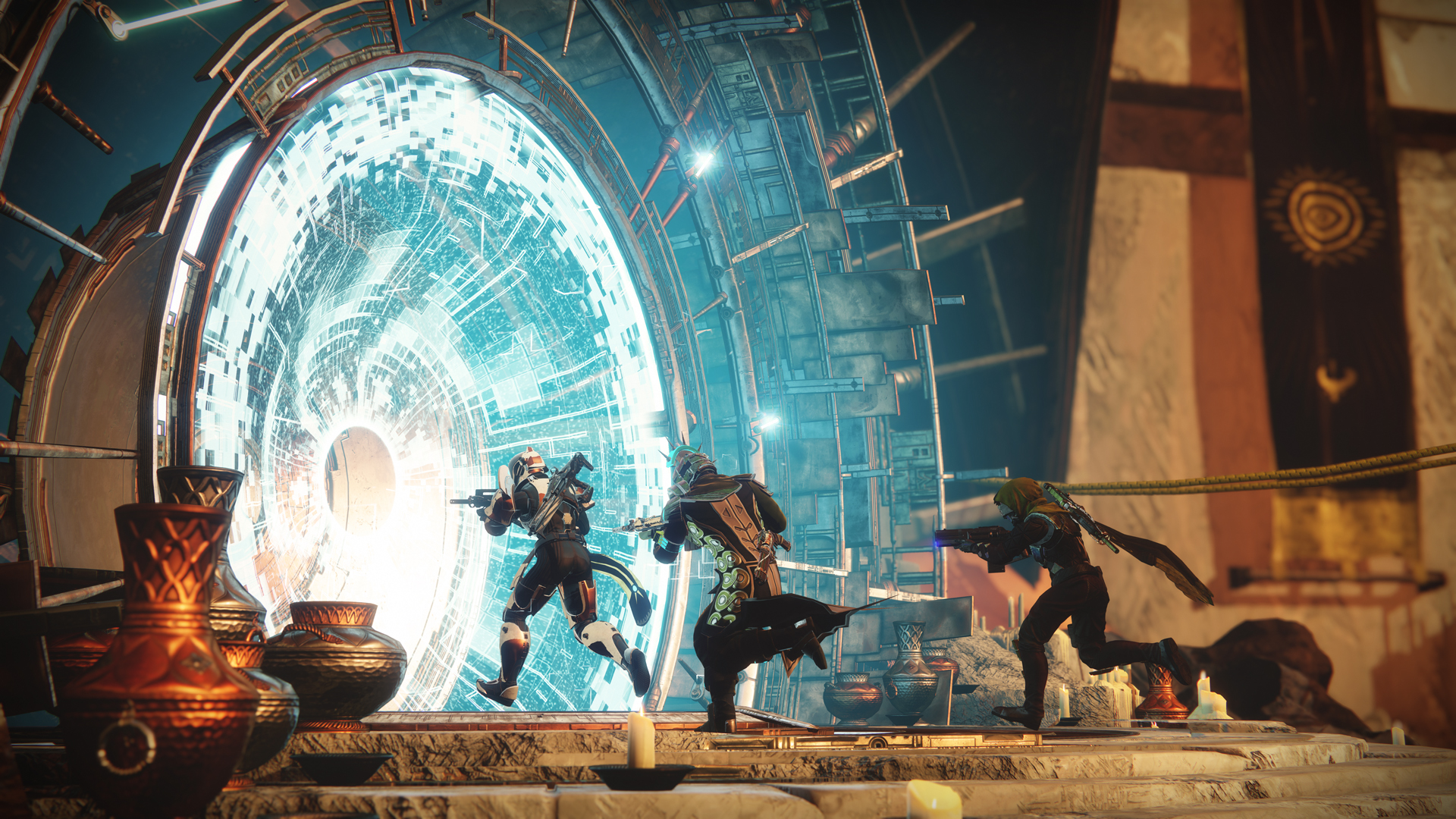 Five: The difficulty tuning is a real problem. Throughout the Curse of Osiris campaign and subsequent Adventures you’re unlikely to face any real challenge, and this exposes the repetitive, linear nature of the missions. The Infinite Forest may be unique each time you visit it, but nobody will notice because you just blast through. By the time you’ve done a couple, clearing each segment to open the next feels like a boring chore and we’re back to saying things like “you just do the same thing over and over again” and wishing we’d gone to law school.

Six: the story missions and Adventures can be knocked over in about six hours, and then the real meat of the expansion is in grinding Public Events and chests to earn random drops to complete the Lost Prophecy weapons. This is hilarious, because Bungie’s XP system and chest farming lockout have previously seemed designed to stop us spending hours solely pursuing these Activities.

I have no idea what Bungie was thinking here. Was it “Hey this seems to be what players most enjoy doing, let’s make it a thing”? Because no, Bungie! No! It’s not that we enjoy it so much as that everything else is a massive waste of time. After grinding an hour and getting just five of the literally hundreds of items I’m going to need, I have absolutely no interest whatsoever – zilch, zip, zero – in completing the Lost Prophecy quests by farming Public Events and chests, and so I’m basically donezo with Destiny 2: Curse of Osiris the day after it came out. 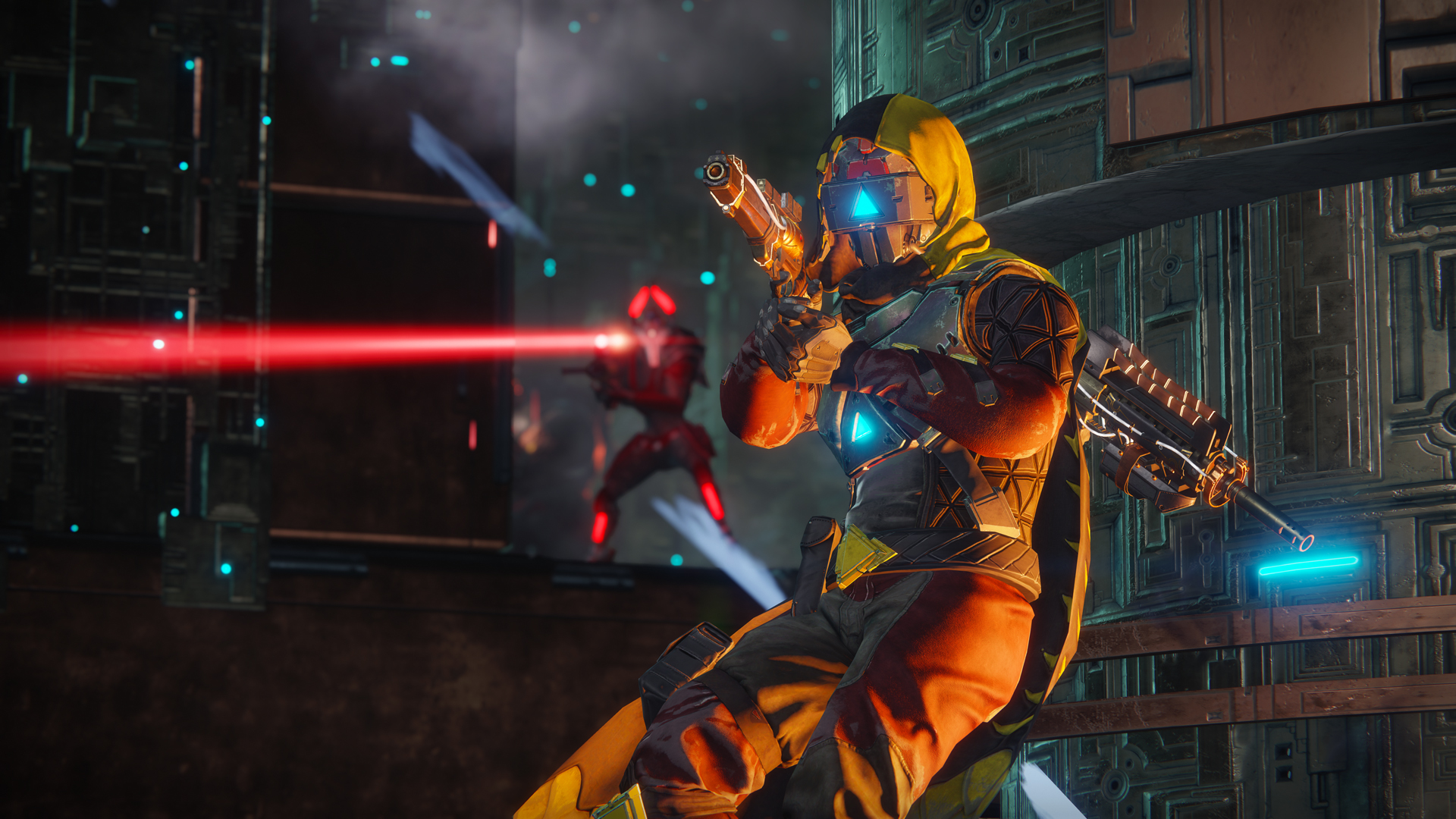 There is one thing I do like about Destiny 2: Curse of Osiris, and that is Heroic Adventures. The higher difficulty and the effects of Modifiers suddenly turn the otherwise dull Infinite Forest into a terrific gauntlet of juggling elemental damage, positioning, praying for a layout that will allow you to outmanoeuvre Major Knights, and occasional screaming.

I played one of these solo and below cap, and ended up having to adjust my build, adopt a new playstyle, and sweat like a priest in a sauna. It is in these situations that Destiny 2 becomes sublime: the action is frantic, and the RPG side of it has a brief moment of smug glory before you remember what a hassle it is to change builds thanks to the player-unfriendly mods and inventory systems. Sadly, there are only three of these missions and the loot does not seem worth the time and effort. 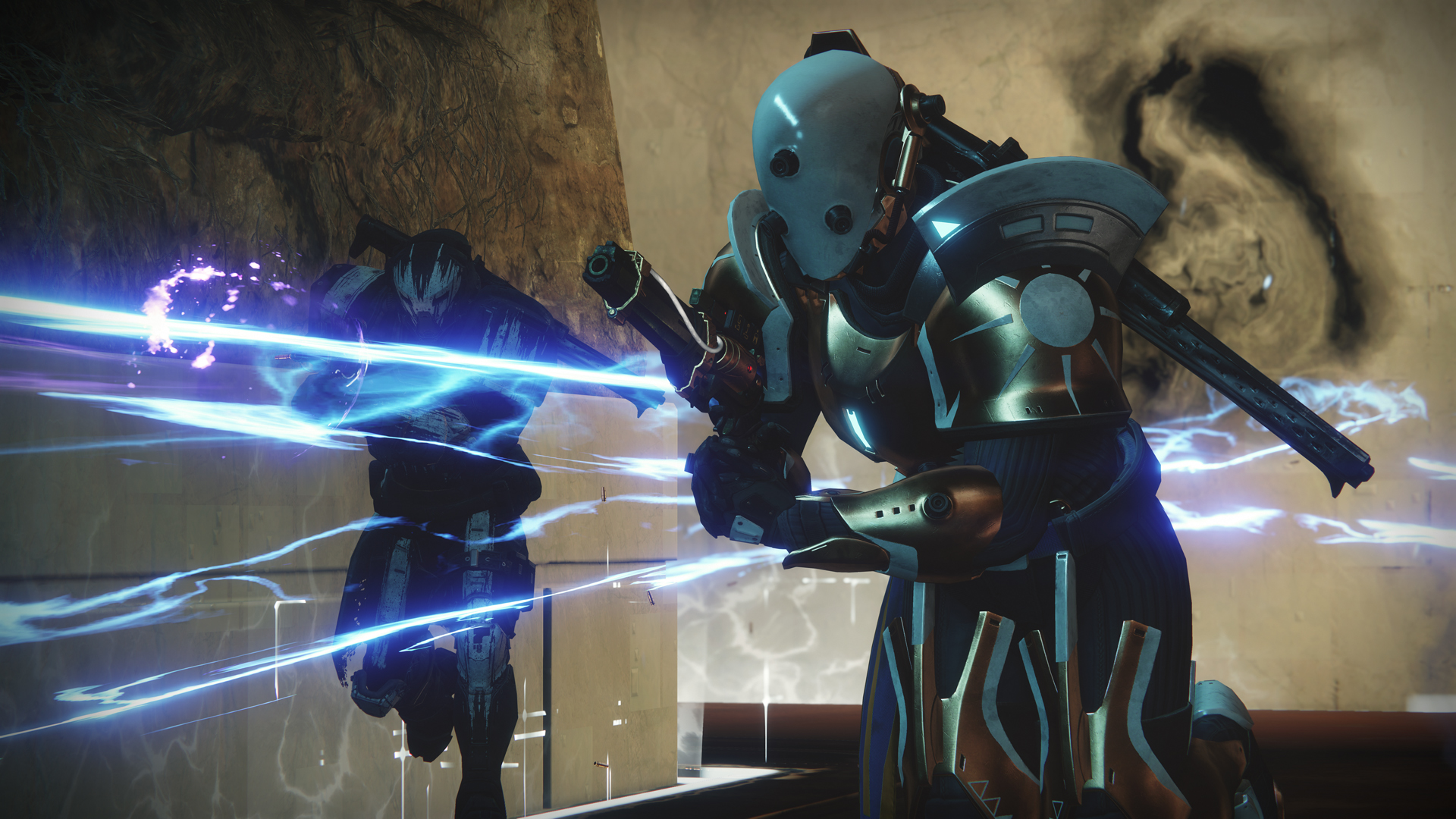 In short, Curse of Osiris is disappointing. There’s nothing here to tempt you in if you’re not already keen, and nothing to calm the anger of those who are – we’ll be waiting for a Taken King style re-release for the latter.

Stow your cash, put your Guardian away, and await a meaningful Destiny 2 update that does something to advance the story satisfyingly and address the endgame issues. Curse of Osiris does neither.